Which is why I resent being told that just because I didn’t win some pageant saying a panel of judges who have no effect on my life think I’m better than a few other girls, I haven’t accomplished anything. A certain letter to the editor by Stacie Roberge made me want to stand up and shout my head off.

Supposedly, I can only hope to achieve a quarter of what some girl I’ve never heard of has accomplished. That’s ridiculous.

I would have written an article very similar to Amanda and Joe’s, had I attended the pageant. Does that make me trash, too? And in order to not be trash, does that mean I have to be able to stand on a stage poised? Believe me, after the amount of plays, concerts and other various performances I have put on, I am no stranger to a stage and all the frightening things it may hold. But apparently that means nothing, and I’m just a trashy reporter, right?

Let’s see in a few years where Joe and Amanda are… both very talented writers/reporters. When they get into college and lead wonderful lives, we’ll see just how much they’ve achieved. How about you get back to me in a few years and tell me who accomplished nothing.

Let me ask you this — what do they teach us children in school? The basic skills of reading and writing, math and all the other classes available … the important things in life. Since I am putting those things to use, why is it I’m the bad one while the girls who stand on a stage and look pretty are supposedly the ones that we’re suposed to look up to? I don’t buy that for a second. And do you know what else I don’t buy? The fact that the pageant isn’t about looks at all. That’s pure baloney. I think Amanda and Joe were just poking fun at that with the “large breast” comment that got everyone so angry. Just remember, the big, dark-inked word spelling out OPINION at the beginning of the article is there for a reason.

I am now going to end this letter by making one thing clear … my mother is proud of me. I may not have won some pageant by being beautiful, and I might even be ugly, who knows? But she’s just as proud of me as anyone else’s parent, if not more. So don’t you even try to tell me I haven’t accomplished anything… I know I have, and I didn’t need some pageant to tell me so.

Jen Rajotte is a Reporter for Youth Journalism International. This piece was first published as a letter to the editor in The Bristol (Conn.) Press. 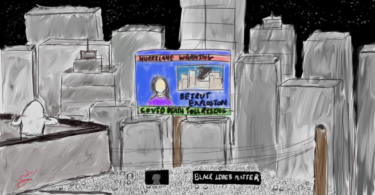 LONDON – In recent months, we have seen our worlds completely change from people going out, living... 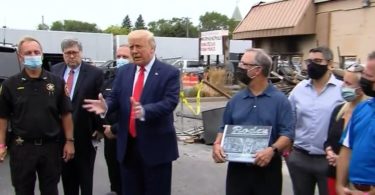 Clarksburg, Maryland, U.S.A. – Despite the pleas of officials imploring him to stay away from a...