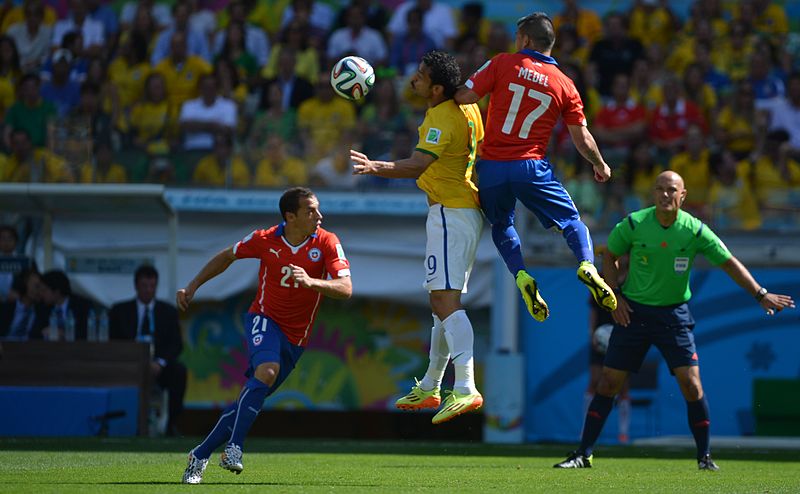 CURITIBA, Paraná, Brazil – After winning the match against Cameroon last Monday in the capital of Rio Grande do Norte, Natal, with a score of 4-1, Brazil struck once more against Chile, emerging victorious in a tense match.

The game against Chile took place in Belo Horizonte, the capital of Minas Gerais, in the Mineirão Stadium.

During the national anthem, some people in the audience were crying with emotion, and even as the song ended, people kept singing proudly.

People from all over Brazil and the world were watching the game.

I gathered along with friends and family to have barbecue; other friends of mine were in their houses, friend’s houses or in restaurants with big screens, watching the match.

The game was pretty tense, with the score tied at 1-1.

We realized that Chile represented a potential threat.

As the game continued, the penalties came, and the cheering grew stronger. At every goal, there was a spread of joy around every corner: fireworks were lit up, people cheered and screamed, hugging each other, texting on social media about the great victory.

The play was very rough, and in the final breath, there was a chance to get back in the lead and win.

The match itself wasn’t good at all. People suffered and cheered for Brazil to keep up and score for most of the game.

When Brazil won, it was a real relief.

Then we watched to see who our team would play next.

Uraguay and Columbia played each other today in Maracanã Stadium in Rio de Janeiro. In the first 28 minutes, Columbia scored one goal, and ended up taking the match in a 2-0 victory.

Brazil had won two games already before today, one against Cameroon and another against Croatia.

With the win against Chile, expectations are high, but there’s still a lot left to happen in the World Cup.

No matter what, nothing will stop us from cheering for our Brazilian team.

Maria Luiza Lago is a Junior Reporter in Brazil for Youth Journalism International.