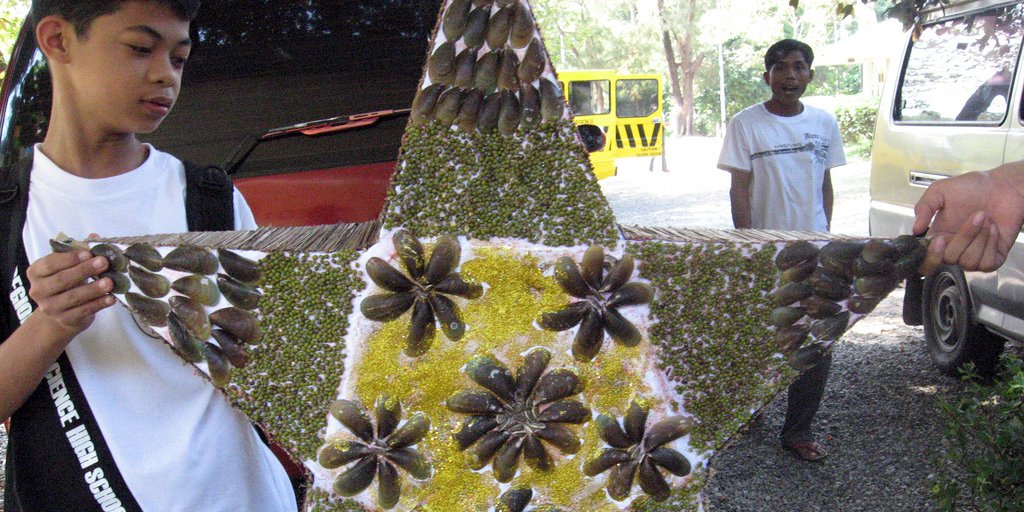 CASTILLEJOS, Zambales, Philippines – The Philippines – a country sunken in the ocean of crises, poverty and controversies; who would ever think something unexpected hides behind the gloomy shadows of my country’s image?
A table motif built by students at RSHS-III in Olongapo City, Philippines out of indigenous materials. This artwork won second place in the citywide lantern parade and table motif-making contest. It is made of wood shavings and Popsicle sticks.
Terrorism, political scandals, graft and corruption, economic catastrophes, and poverty are the present condition of the Philippines. For the coming holiday season, a bold question stands before me: What will Christmas in the Philippines be? 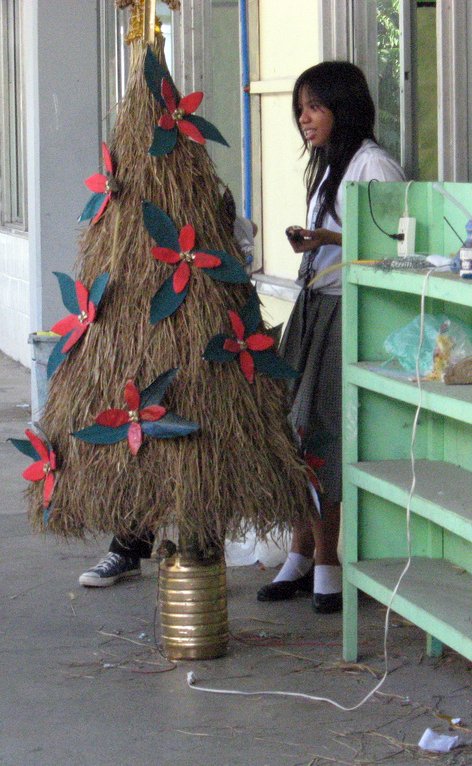 To other countries, it may be a yard full of snow, a table full of food, a tree above a bunch of gifts and a time of happiness and joy, but what will it be in my own country?
I am truly blessed to have a family with an average financial condition. Yes, there are hundreds or even thousands of millionaires in the Philippines, but what about the rest of the population? Every year the rate of unemployment increases, as the birth rate also increases, making more mouths to feed, less jobs for money, and less money for food.
Now it may sound like Christmas in the Philippines is the worst and gloomiest Christmas in the world. But I’m going to tell you a freaky fact I know: It’s not! In fact, it may even be the happiest and most festive around the world.
It has been a part of the Filipino character to be pliant like the bamboo. We even rank in the world’s happiest places, amidst all of the bad things happening to us right now.
To Filipinos, Christmas is a time for gift-giving, caroling, “simbang gabi” (a countdown of nine Masses held at night or dawn), Christmas trees, decorations, “Parols” (Star Lanterns), and even for Santa Claus!
Moreover, the true essence of the celebration of Christmas remains vivid in the Filipino definition of Christmas, the birth of our Savior, Jesus Christ.
Whenever I hear the word “Pasko,” the Filipino term for Christmas, it makes me think of Parols, or Star Lanterns. They are famous and one of hundreds of “only in the Philippines” items. 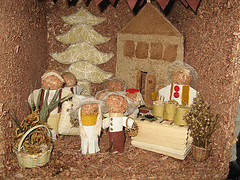 A table motif built by students at RSHS-III in Olongapo City, Philippines out of indigenous materials. This artwork won second place in the citywide lantern parade and table motif-making contest. It is made of wood shavings and Popsicle sticks. (Eroll Yabut/YJI)

In our city, there is an annual city-wide contest in making Parols, table motifs and Christmas trees – all made of indigenous and recycled materials.
Simbang Gabi is a sequence of nine Masses held late at night or at dawn. There is a belief that when you have completed the nine nights, your Christmas wish will come true, but I’ve never had a chance to complete Simbang Gabi. It always starts Dec. 16, and our Christmas vacation always starts later.
As they have in other countries, Christmas trees have always been a part of the Filipino Christmas, often used as an ornamental display in the living room, decorated with balls, and adorned with flowers. It may be an influence of the Americans during their stay here decades ago.
Santa Claus is the same old jolly, good fellow here. He’s also a favorite Christmas symbol, and most probably, another American influence.
There is also Noche Buena – Christmas dinner! – or, more probably, Christmas midnight snack. It is a great feast held at midnight. Tables from wealthy families could have some of the following: queso de bola (red, round cheese), hamon (holiday ham), pasta, fruits, salads, desserts, main dishes, and rice.
Superstitions, an influence of the Chinese, make the Filipino Christmas even more colorful, with the belief in luck and bad luck if you do this or if you don’t do that. It’s just fun to have crazy stuff you have to follow.
Christmas morning in the Philippines is time to open gifts and stuff, and then go to church to wish Jesus a happy birthday.
The gloomy image of the Filipino Christmas you may have had might’ve changed now. It is so much fun, and I am thankful for being a Filipino, for experiencing all the fun and happiness of the most festive season of the year – Christmas.

Eroll Yabut is a Junior Reporter for Youth Journalism International. Below are more photos by Yabut of Christmas table motifs.