Naturally, I did the former.

On my recent trip to Cape Cod, I was given the opportunity to go into the ocean on a ship and wait for whales to show up for three hours. Doesn’t sound very exciting, does it? Well guess what? It actually WAS.

From movies and pictures you can never truly get an accurate depiction of the size of these mammals, but as you stand on the deck in the middle of the ocean you can start to comprehend their mammoth proportions.

From the bow, I saw the whales in epic size, their expansive backs appearing wide enough to easily allow mini-vans to drive across.

A blast of water from its spout demonstrates the size and power of the animal’s strong and gigantic lungs.

As sprays of salty sea water cling to my face and the unrelenting sun pounded on my neck, I began to understand why medieval cartographers drew whales as monsters.

Perhaps they did not fear them as animals, but as possibly intelligent forms of life, that given the opportunity, could manage to control the empire that man had built.

“I love watching whales in their natural environment,” said 25-year-old Beth Swineford, a marine biologist on the ship. “We’re not obstructing them, and we don’t get too close. By us coming out, more people are aware of the need for the conservation of these species and the waters.”

Among the animals seen on our trip were a finback whale, which came “unusually close” to the boat, according to Swineford. We also saw a minke whale, two basking sharks and a humpback whale, all off the tip of Cape Cod.

The Provincetown Center for Coastal Studies and Dolphin Fleet run a whale watching tour out of Provincetown, Mass., and this year celebrated their 30th year of oceanic studies. 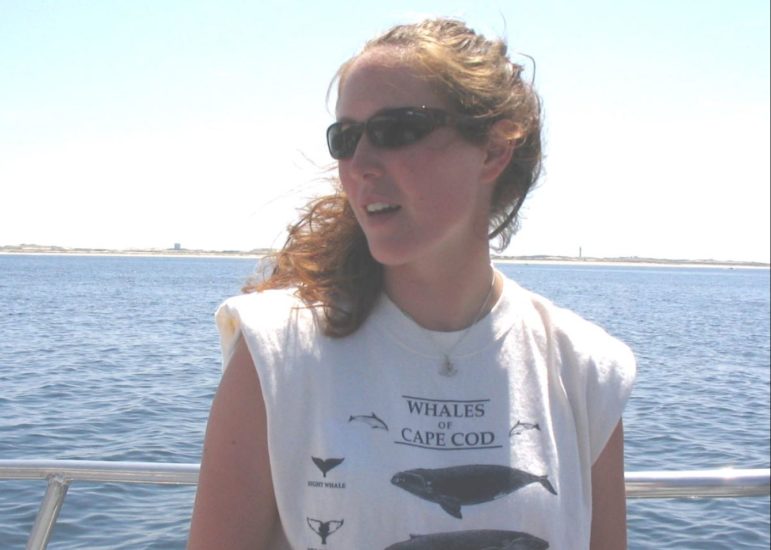 The Center for Coastal Studies is a non-profit organization that currently boasts the largest catalog of identified whales in North America and also aides in the dis-entanglement of the species when the huge mammals get caught up in ropes or nets.

Since 1983, the center has helped untangle over 80 whales, according to information provided by the organization.

The Dolphin Fleet, which works with the Center For Coastal Studies, offers several daily whale watch cruises. Often the boats head for Stellawagen Bank, an area off the coast of Cape Cod where whales are known to migrate, but sometimes they’re found much closer to shore.

The Dolphin Fleet allows young marine biologists from the Center for Coastal Studies to collect data while teaching passengers about the different types of whales in the ocean, and especially those seen on their trip.

For some, like Swineford, these trips turn into a lifelong passion and job.

“It’s my dream job,” said Swineford, a student working on her graduate degree as a marine biologist at East Stroudsburg University in Pennsylvania.

Swineford spends her summers on Cape Cod, teaching tourists about whales, but during the school year, she teaches high school biology in East Stroudsburg, Penn.

“I’ve wanted to be a marine biologist since seventh grade,” she said. “In fact, I spent all of my 13th birthday money on adopting a whale named Colt. I saw the whale for the first time two weeks ago. I was so excited.”

Conservation is something the whales badly need.

More than 50 percent of all humpback whales show scars and signs of entanglement, according to the Center For Coastal Studies. This is especially startling, especially when their population is already on a swift decline.

Swineford said it’s important to teach the public about whales.

“We want people to take notice of their actions, and how it affects the environment,” she said.

Swineford, whose job aboard the ship is as a naturalist and guide, will continue on the ship for the remainder of the summer.

Whale watching — the pure excitement of seeing the world’s largest creatures in their natural environment — proved to be surprisingly exciting and interesting.

Standing aboard the ship’s deck, I began to understand the size and scale of some of the world’s most amazing animals, a species that is dying too fast. 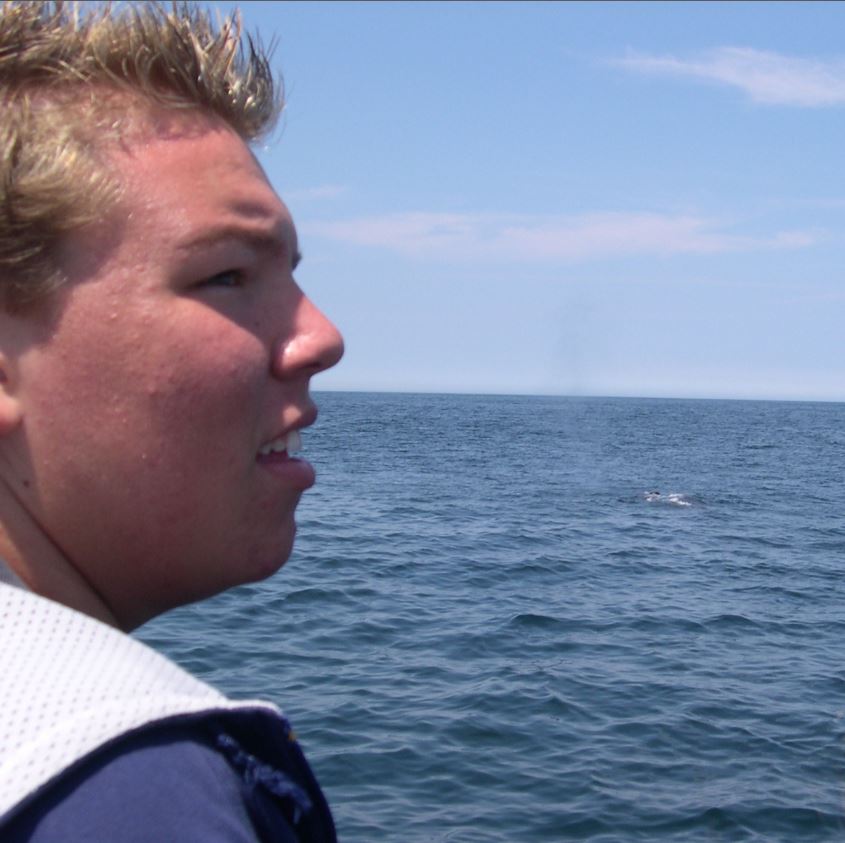 Zach Brokenrope looking out at a humpback whale on Cape Cod Bay. (YJO)