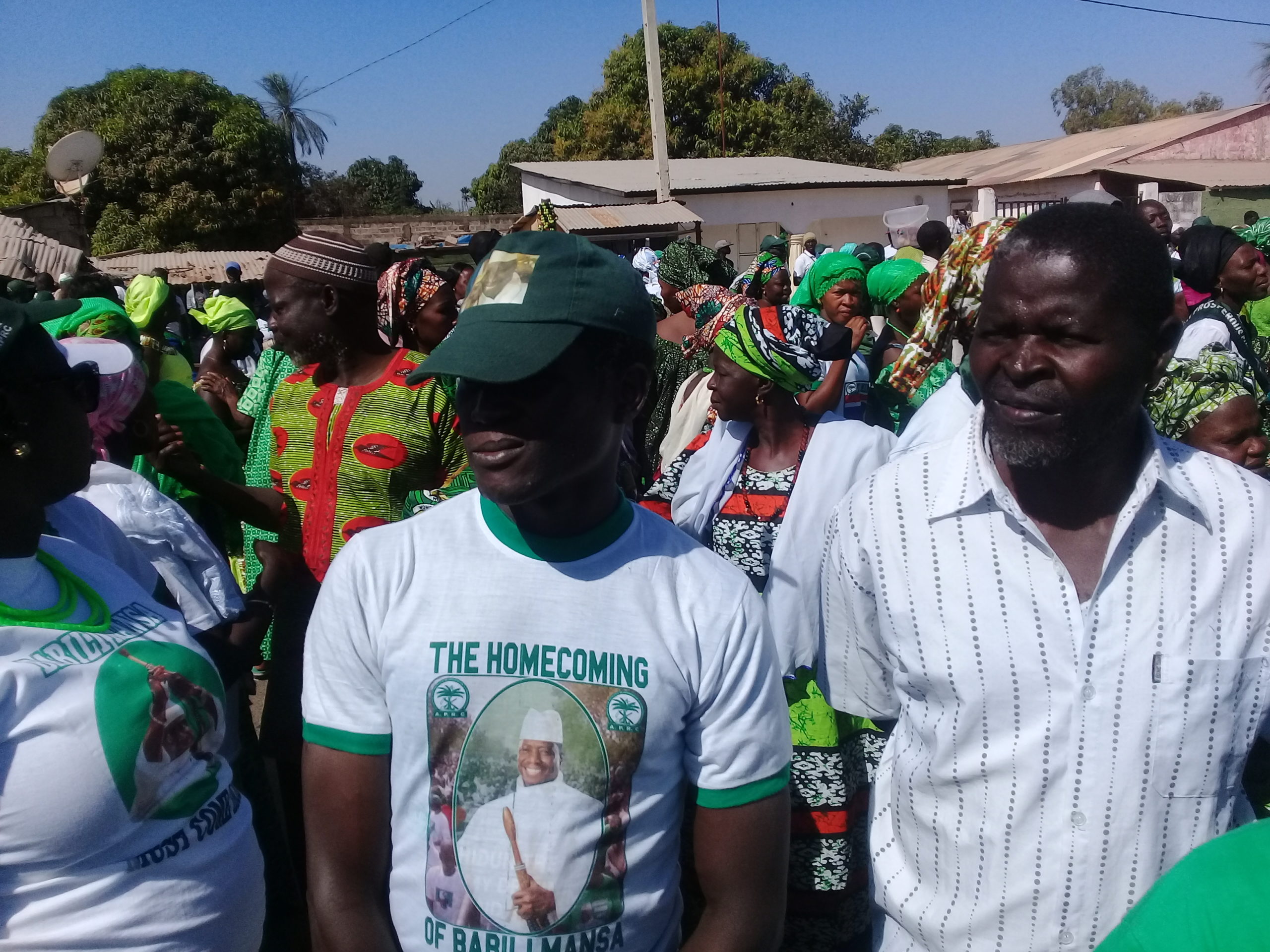 The protesters, who remained peaceful, demanded that Jammeh be allowed to return from exile. Some were shouting “Babili-Mansa” – their nickname for the former leader – or “must come back,” and blowing whistles while others were holding banners and placards saying things like “European union, hands off Gambia,” “Enough is enough,” and “Jammeh must come back.”

Protester Kaddy Jarju of Brikama said she wants Jammeh back in The Gambia.

“Yahya Jammeh knows us and how we feel,” Jarju said. “We won’t stop advocating for his return until he is finally here.”

Some of the crowd at the pro-Jammeh march. (Banna Sabally/YJI)

Jammeh, who ruled as president for more than two decades, is accused of gross human rights violations. He left The Gambia for Equatorial Guinea after he was defeated at the polls three years ago by current President Adama Barrow, whose administration is still grappling with the many allegations against Jammeh.

Protesters claimed that the allegations against Jammeh are false and that the commissions organized by Barrow’s government are out to get him.

At the time he was elected, Barrow vowed to serve just three years, but has since said he wants to complete a five-year term, angering many who want him to step down.

The January 16 march along the Sukuta-Jabang Highway drew many hundreds of people, including some dressed in the colors of the Alliance for Patriotic Reorientation and Construction, which is Jammeh’s political party.

The party, which obtained a police permit for the march, claims to represent more than 65 percent of the Gambian population. Their aim is to convince the authorities to accept Jammeh’s return, which they say was part of an agreement with the international community signed in 2017.

The party is calling on the African Union, the United Nations and the Economic Community of West African States to honor an agreement they had with Jammeh before he left the country.

Bakary M.A. Jaiteh, who is the coordinator general of the party, said Jammeh was “promised by AU, UN and ECOWAS that he will return in The Gambia after three months, but it’s three years now and they did not honor the agreement they had with him.”

That’s why protesters are saying “enough is enough,” Bakary said. 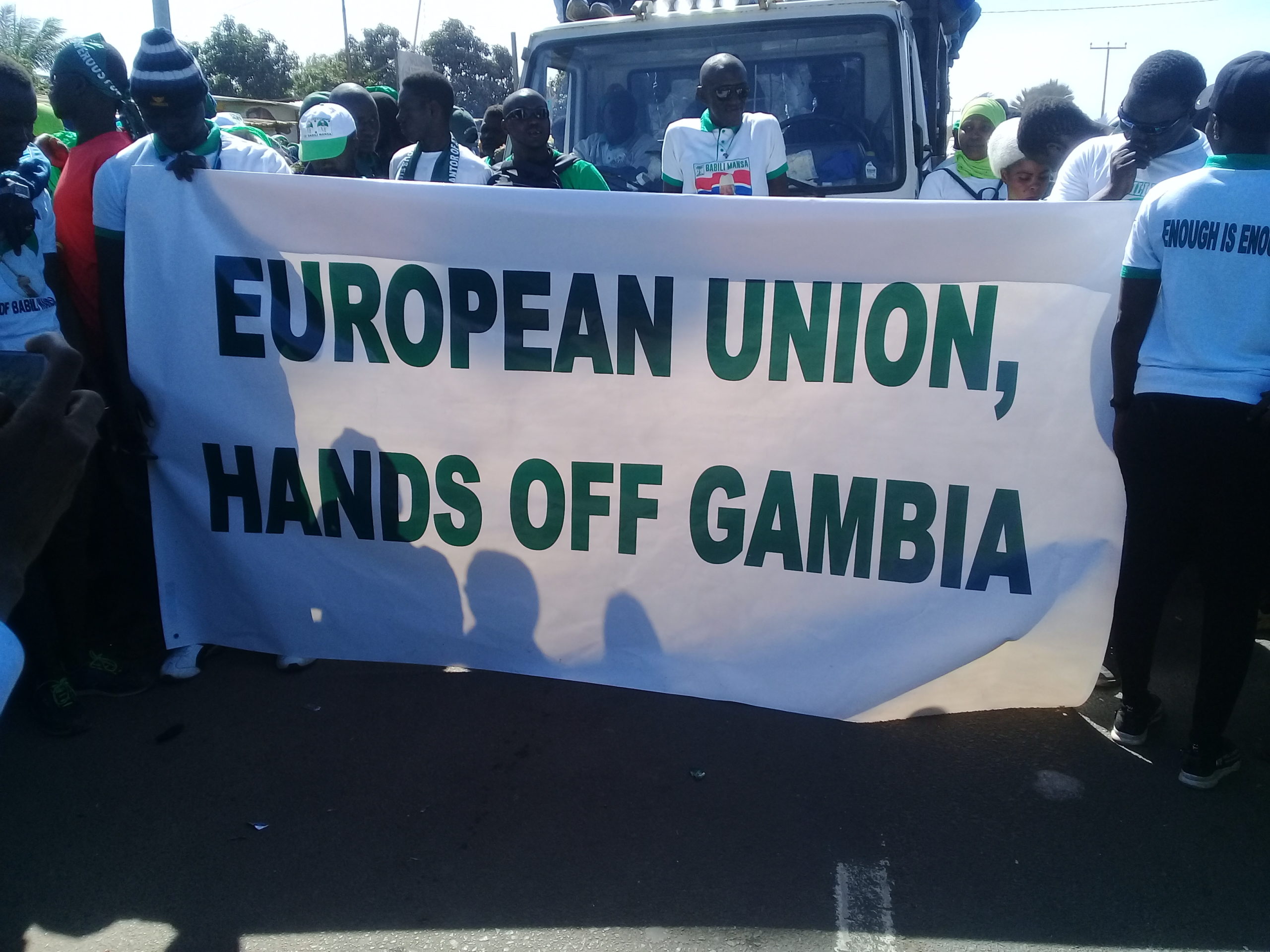 One of the signs at the protest march on Thursday. (Banna Sabally/YJI)

Jaiteh said membership in party is increasing with issues of homosexuality and secularism coming up at the Constitutional Review commission. The party opposes both.

The protest ended with party leader Fabakery Tombong Jatta, accompanied by a few supporters, delivering letters to the African Union, the United Nations and ECOWAS headquarters in hopes of a quick response and Jammeh’s return.

Jatta said Thursday’s Okay protest will prove that they will remain a peaceful party.