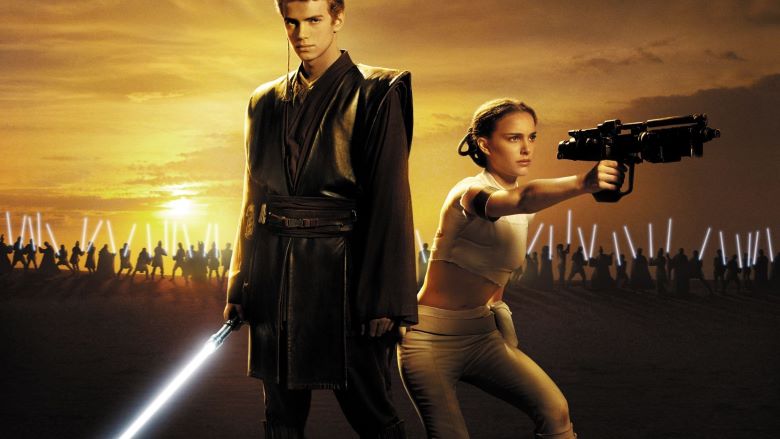 SINGAPORE — For the uninitiated, all the frenzy over Star Wars is baffling and inexplicable.
They squirm at the greenish gnome-like blob of Yoda, scorn the weird names like Obi-Wan Kenobi and Count Dooku and prefer to stay home watching the telly (it’s free anyway).
Thankfully, I’m not one of them.
Star Wars is not just some Sci-Fi movie, it’s a phenomenon. Plus, the excitement over the film is cross-generational.
I admit that the most-anticipated movie of all time may have evolved to be a marketing delirium, a triumph of hype.
But it’s inspired a cult following who waited 16 long years for the drab Episode 1: The Phantom Menace to hit the silver screen. Ok, it was crap but we loyal fans were satisfied and still live, speak and breathe in the galaxy.
Indeed, in 1977, Star Wars, with its good-versus-evil and internecine-thick plot, became an inextricable part of modern culture. Undeniably, “may the force be with you” was the youth-speak of the time.
So, I waited with bated breath and shivered as the music swelled to a deafening crescendo and the title of the second prequel to the Star Wars trilogy: Episode 2: Attack of the Clones blazed across the screen.
Episode 1 traced the childhood of Anakin Skywalker, who has a connection to The Force, the lifeline that binds everyone. He would later grow up to sire the twins, Luke and Princess Leia, and renounce the Jedi cause to embrace the dark side of Darth Vader.
It covered how the plucky nine-year-old slave (Jake Lloyd) was found, and freed, by Jedi Master Qui-Gon Jinn, when the latter stopped over at planet Tatooine.
Attack of the Clones opens with a bang and takes place ten years after the events of The Phantom Menace. Described by director, George Lucas, as “a love story”, it is however more darker and intense.
After spending a decade under the tutelage of his mentor, Obi-Wan Kenobi (Ewan McGregor), Anakin (newcomer Hayden Christensen), is anxious to be acknowledged as a full-fledged Jedi. Knowing that Anakin may be tempted into the Dark Side, Obi-Wan advises patience.
Padmé Amidala (Natalie Portman), formerly the Queen of Naboo and now a Senator, arrives on the planet of Coruscant, the Republic’s capital, to voice out on the seceding systems in the empire. When an assassination attempt is made on Padmé, peace-loving Jedi Master Mace Windu (Samuel L. Jackson), assigns Obi-Wan and Anakin to protect her.
Obi-Wan pursues the assassin, a bounty hunter called Jango Fett (Temeura Morrison), to Genosis, a world which develops clones. Meanwhile, Anakin accompanies Amidala to Naboo. Naturally, both fall in love.
Later, Anakin and Padmé leave for Tatooine, to learn more about Anakin’s mother. Then, Obi-Wan discovers a disturbing plot that exposes the villains Count Dooku (Lord of the Ring’s Christopher Lee) and the Sith Lord Dark Sidious (Ian McDiarmid).
The cosmically-bad dialogue aside, this intergalactic adventure gives me no fault to pick on.
Nor, in fact, time to breathe or think with its non-stop bombardment of thrills and antics and fantastical creatures and panoramic vistas.
As director, Lucas impresses with his imagination and energy. True, his work has lost some of its crude charm and sense of wonder (remember 1980’s The Empire Strikes Back and 1983’s The Return of the Jedi).
So much has been written about his latest space odyssey my feeling of déjà vu will be common, and, besides, the techno-guru has taken a break to fine-tuning his special effects. The payoff is tremendous: the mind-blowing visual effects are stunning.
Christensen’s first foray into a blockbuster is promising. Fans will no doubt await his turn as the foreboding and vicious Darth Vader. With experience and more movies, he is poised to take flight as the Next Big Thing.
How do you slap a static label on an actor who has defied categorization and moves from stage and cinema to singing (Moulin Rouge) with chameleon ease? McGregor is excellent and manages to recite his lines not only without laughing, but with gravitas.
As always, Yoda (Frank Oz), the tiny rubbery frog-like creature, is delightful. Even as a younger, fresher frog, the grand old sage has an affectionate spot in all fans’ hearts.
Star Wars is spectacular entertainment. No less. But, certainly, no more.
Still, considering what we’ve seen so far, it has all the earmarks of a classic.