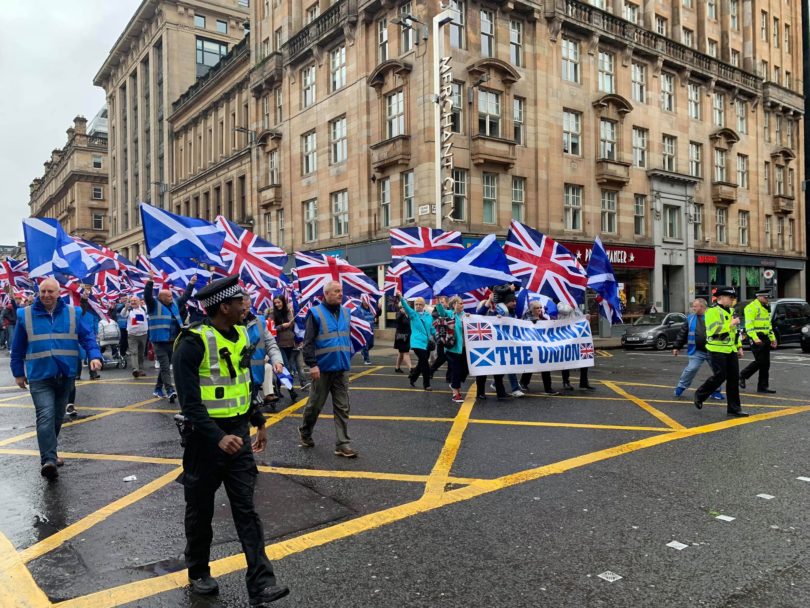 In Glasgow, Scotland, pro-union marchers carry the flags of Scotland and the UK at a Saturday morning march. (Owen Ferguson/YJI) 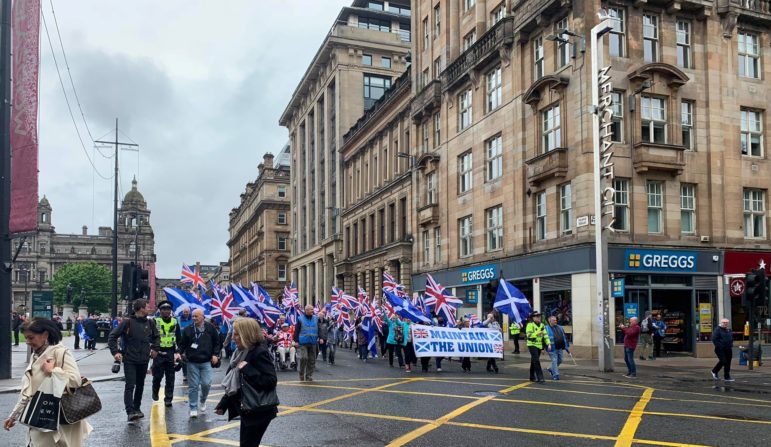 Marchers carrying a banner reading “Maintain the Union” were on the street in Glasgow this morning, showing support for Scotland remaining part of the United Kingdom. (Owen Ferguson/YJI)

Glasgow, Scotland, UK – In 2014, the Scottish people were asked to vote on whether they should become an independent country, separate from the United Kingdom. With the two options simply being “Yes” or “No,”  the “No” campaign claimed victory with 55 percent voting to stay in the United Kingdom.

With just over half of the country voting to stay in the UK, it was clearly a divisive issue. Now almost five years later , it remains a touchy subject for a lot of the population.

And with pushes for a second Independence referendum in the wake of Brexit, tensions are rising once more and as a result, rallies such as this are becoming more frequent. With a pro-Independence march happening in Glasgow earlier this month, the city is now hosting this pro-Union march.

These demonstrations clearly show passion on both sides but whether anything will come from them is yet to be seen. 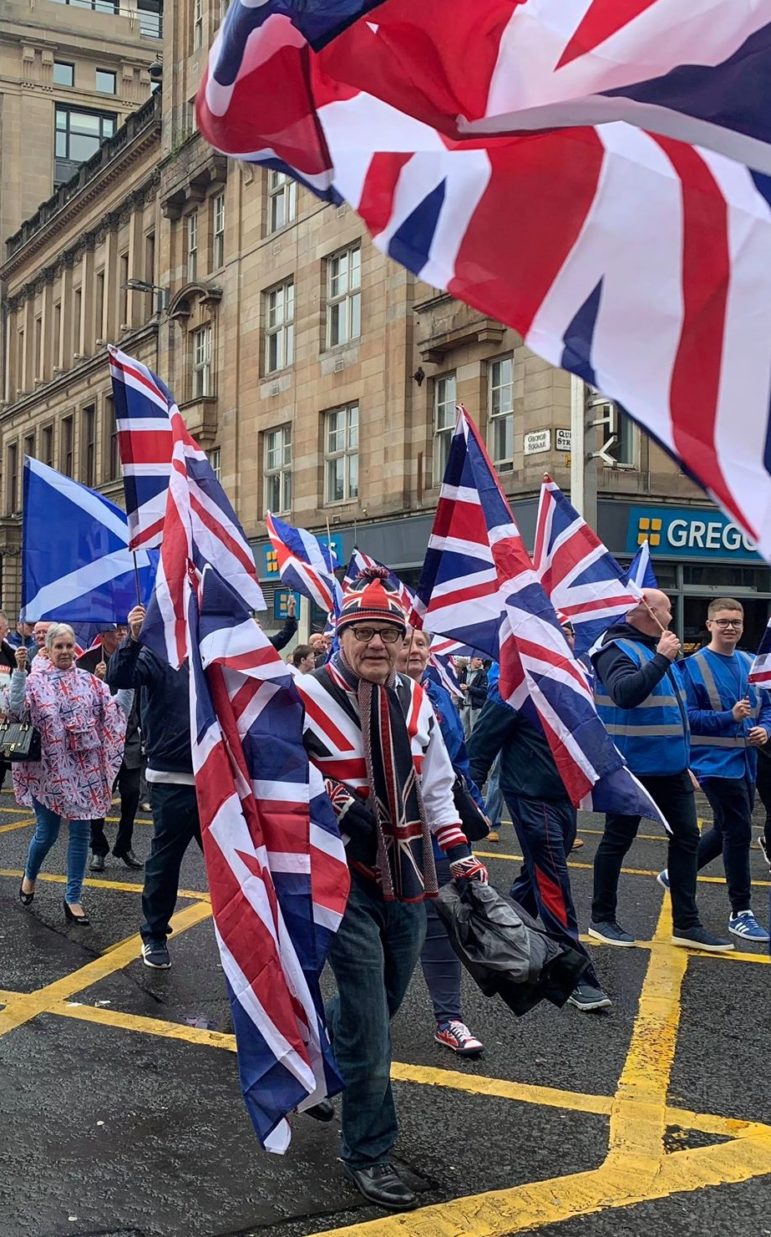 Some marchers, like this man, not only carried flags but draped themselves in the Union Jack. (Owen Ferguson/YJI)