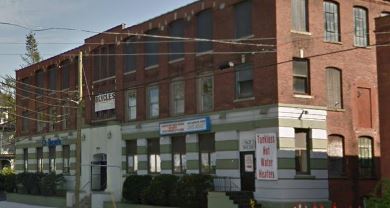 BRISTOL, Connecticut, U.S.A. — With the X Trials competition at Lake Compounce zooming up faster than a skater on wheels, the excitement in the area is growing.
Like teens throughout the country, local youths are really into the three sports that will be showcased at the X Trials: inline skating, skateboarding and freestyle BMX.
ESPN and Lake Compounce are expecting fans from all over to make the trip to Bristol next month to watch the X Trials.
“The X Games are cool,” said Tomek Furtak, a student at Chippens Hill Middle School. “I own a skateboard and they are my heroes.”
Beyond the many Connecticut teenagers who head to Lake Compounce to check out the X Trials will be those who dare to compete.
Steve Landyr, a 17-year-old junior at Watertown High School, said he’ll compete in freestyle BMX if there is an amateur class.
Landyr, who learned freestyle BMX from a couple of friends seven years ago, is serious about his sport. He said being a good athlete not only take talent but practice.
Three to four nights a week, Landyr practices at the CT Bike on South Street in Bristol. He also practices at the Woodbury Skate Park and the Woodbury Trails.
Landyr said he does freestyle BMX “for the fun and challenge.”
Since he began BMX riding, Landyr said, he’s suffered one major accident. A year ago, he fell off his bike doing a double spin and ruptured his spleen. Landyr said the accident only made him better at his sport.
For 14-year-old Sam Guenther of Bristol, inline skating is the best.
Since her aunt taught her how to inline skate five years ago, it’s become Guenther’s favorite sport.
But for Guenther, it’s more than just a hobby – it’s life.
“It’s fun and gives you a rush of energy,” said Guenther.
Guenther said she’ll probably go to the X Trials at Lake Compounce. She said she wants to see all the cool, new Rollerblading moves and has even thought of competing in the Trials.
Whether you’re a spectator or a player, X Trial fever is sweeping Bristol.
Don Aliff, an eighth grade student at Northeast Middle School, thinks of skateboarding as a real adrenaline pumper.
Aliff taught himself to skateboard two years ago after watching people do it on television and around his neighborhood.
Skateboarding, Aliff said, is “fun and the ultimate high.”
Aliff is certain to be at the X Trials watching, but he said he’s not good enough to compete yet.
For plenty of local teens and others who turn out to watch – or compete in – the X Trials, Father’s Day weekend at Lake Compounce will be a once-in-a-lifetime event.
“I think it’s an honor to have such a big sports tournament come to our city,” said Lindsey McDowell, a Chippens Hill student.

Sara Greene is a Reporter at Youth Journalism International.

MELBOURNE — France has just won the 2020 Junior Eurovision Song Contest, which because of the...

What does it mean to experience loss? The prospect, for obvious reasons, leaves a bitter taste in...