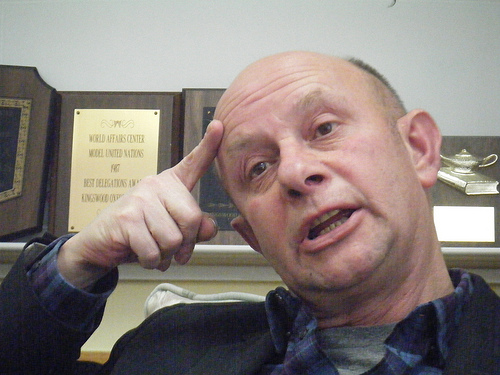 WEST HARTFORD, Conn., USA – Pop culture references are riddled throughout Nick Hornby’s work.
Hornby said his sources of inspiration in his work are not mysterious.
Music has played a particularly important role in his life, Hornby said, because there is “something in us that is beyond the reach of words, something that eludes and defies our best attempts to spit it out.” 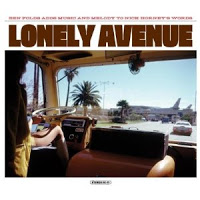 His recent collaboration with singer/songwriter Ben Folds on an album entitled Lonely Avenue is a reflection of Hornby’s passion for music.
Yet again, Hornby’s failure to study and do his research led to a creative and commercially successful work.
In Hornby’s nonfiction book Songbook, he said, “I wrote about a song of Ben’s called ‘Smoke.’ I described how clever the words were and such.
“After Songbook was published, I received an email from Ben saying ‘Thank you very much for your kind words. There was one song whose lyrics I didn’t write and that was Smoke.’”
Hornby said that started an email correspondence with Folds that ultimately blossomed into a chance to work together.
Hornby said Folds was “making this crazy album with William Shatner,” famous for his role in Star Trek, “and of course I wanted to write a song for William Shatner.”
After he wrote the “odd and funny” lyrics for one song on Has Been, the CD by Shatner and Folds, “Ben and I decided to make an album together,” Hornby said.
As a result, Hornby provided the lyrics for Folds, who wrote and performed the music for Lonely Avenue.
Hornby said it was “really fun,” but “Ben did all the really clever stuff.”