The assault began about 10:30 p.m. when a group of insurgents – equipped with suicide vests, guns and rockets – stormed the premium hotel, a prestigious venue for weddings, parties, family dinners and government events.

A pride of the city, the historic Intercontinental is popular with locals and international visitors. It was hosting guests, a birthday party and a meeting of provincial elders when the terrorists struck.
Ahmad Zia Rezaee lost a friend that night to the terrorists.
Khan Wali, a 29-year- old who owned a floral shop at the hotel, died after he was shot in the chest and mouth, Rezaee said.
“It was quite unbearable while seeing my friend’s family members and what they got out of this barbaric act,” said Rezaee, who attended Wali’s funeral the next day.
Rezaee said his friend was about to leave the hotel for the night when he was killed.
That night, more than five hours of gun battles raged between Afghan security forces and the attackers. International forces helped end the fight with helicopter support.
Local newspapers confirmed 11 dead, including a Spaniard who was staying at the hotel, but the intensity of the attack – terrorists set two upper floors ablaze – suggests there may be more casualties.
The Taliban claimed responsibility for the attack on the hotel.
With attacks at public venues in Kabul so frequent, nowhere in the city feels safe to Kabulis when they are out of their homes.
Located on a Kabul hilltop, the Intercontinental, with three security check-posts, was considered secure. 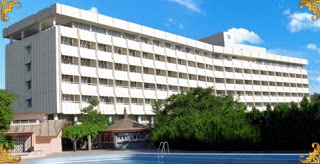 But the insurgents were still able to infiltrate it.
This has Kabul citizens questioning the performance of the security forces just as the United States announced plans for troop withdrawal from Afghanistan and the process of transitioning power from international forces to Afghan security forces is underway.
These days, the Afghan people are in a state of high anxiety while the country is facing insurgent attacks, political chaos, financial scandal at the nation’s most important bank and high unemployment.
Add to this the huge number of rocket attacks in Afghanistan’s eastern villages near the border with Pakistan – which the Afghan government blames on the Pakistani army – and it’s no wonder that fear, anger, frustration and despair are so prevalent here.