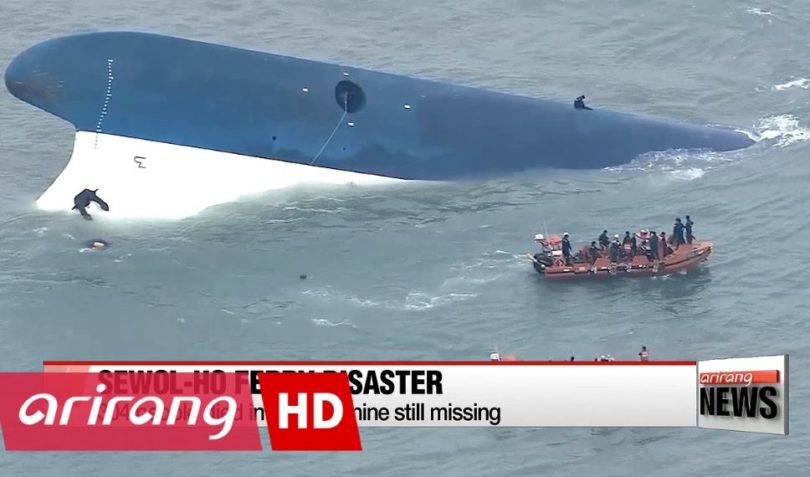 Wailing parents. Guilt-laden survivors. A horrified public.
As rescue efforts for the Sewol’s last survivors yield more bodies and less hope, it seems that the damage has been done. The South Korean nation must deal with the emotional trauma of a disaster unparalleled in its tragedy since 1993, when the overloaded ferry Seohae sank, taking with it the lives of 292 passengers.

What makes the Sewol’s case even more terrible, however, is that the majority of the roughly 270 people still missing are students supposed to be enjoying a final vacation at the paradise island of Jeju before kicking off a year of grueling preparation for the Korean SATs. It’s sickening business.
The fact that the disaster could have probably been avoided is equally appalling.
In a response to the initial problem that resembled more a horrific circus than a coordinated effort, the crew ordered all individuals to stay where they were, even though water was starting to rush into the ferry at an unsettling pace. Consequently, only one or two lifeboats were deployed out of more than 10, and passengers were left to succumb to watery hell.

Furthermore, sources report that it was not the passengers, nor the other crew members, but the captain that reached the lifeboats first. He now faces
charges that may land him in prison for life.
Even after the sinking, rescue operations have constantly been thwarted by muddy water and choppy seas, thus allowing little hope for any survivors in the boat, as by now, they have probably succumbed to the effects of hypothermia and oxygen deprivation.
To top that off, there are reports that the media distorted information released to the public, so much so that the apparent texts that “survivors” sent after the sinking were fabricated. So it is no wonder why parents are frustrated at everybody. They lost their children for no good reason, government rescue teams seem to be doing little more than nothing and hope, in the face of reality, seems to be fading by the hour.
But the cacophony of the aftermath of the sinking seems mostly to be the result of a nation-wide blame game.
Parents who suffered the immense pain of losing a child understandably want answers, and the government’s attempts at providing them with either miracles or answers have failed. Therefore, to escape parental ire, the government has blurred the whole situation to the media – a fatal mistake which led to media accusations flying all over the place.
First, it was the captain who did it. Then, it was the inefficiency of the rescue teams, whom unreliable civilian witnesses accused of incompetence and laziness. After that, it was the ship itself, which is rumored to have been overloaded with cargo.
CNN has even used the situation to attack a supposed “acceptance of suicide” in Korea – a blind jab at an ideological straw-man that served to do nothing but anger even more South Koreans, who clearly do not wish for the death of their countrymen any more than citizens of other nations.
Indeed, one cannot blame anyone for starting this process of scapegoating, and in a sense, it’s inevitable, taking into account the enormous tragedy of the situation. But in the end, it shows the power of modern media to do more harm than good. By blowing up the facts of the matter to disproportionate extents, and by hungrily seeking new leads – wherever they may come from – the media proved their divergence from the most basic of journalistic morals.
In one case, Korean reporters seeking the upper hand for their organization interviewed a traumatized six-year-old girl on the fate of her missing parents immediately after the sinking. The attempts to cover the situation even when there was inadequate information sparked hope in parents’ hearts, only to snatch that hope away and point fingers at other major figures like the government, which had no part in the sinking and was forced to delay rescue operations because of natural obstacles.
Imagine the hearts of the parents of the missing when they see the large letters of newspaper headlines that constantly remind them of what they lost just a few days before. Imagine the anger they would feel as they realize that all of the tragedy they have suffered is simply a “developing story” or a piece of “breaking news.” Anger. Unimaginable hatred. And that’s where the blame-game starts all over again, and where the wheel of revenge begins to turn in timeless fashion, seeding one conflict after the other.
Ultimately, most of us need to continue what we were doing before: praying for survivors and supporting the relatives of those missing.
But the mainstream media need to wake up. They need to realize that it’s not all about them, but about the families themselves, and about the nation that grieves by their side. They must understand that they’re not just profit machines, but organizations of people, who in the face of such tragedy must comfort each other, not stir up hatred with blown-up headlines and blame games.
May all those who passed away aboard the Sewol rest in peace. And may those who are still missing return home, safe and sound to their family’s arms.

Tae Hyun Yoon is a Junior Reporter for Youth Journalism International. He attends high school in Concord, Massachusetts, U.S.A. and is from Seoul, South Korea.