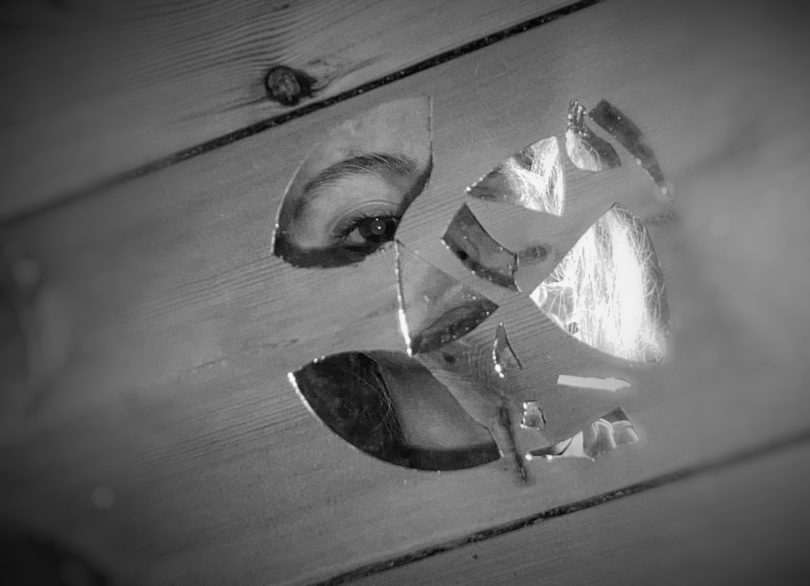 “That’s hard, one word to describe it,” my friend told me.

We exchanged a laugh, as if this is nothing, a normal conversation.

“Okay, you get three,” I responded in an equally cheerful tone.

“Uncomfortable, angry, violated,” she responded, a clarity to her voice different than before. There is a small shift in our conversation, more serious. We talk about whether she feels different now, whether surviving rape changed anything she does.

“There was this one time, when I was being intimate with someone and I suddenly, for a second instead of seeing them, I saw my assaulter.”

There’s a moment of quiet between us, as if the realization of what she experienced is really dawning on me.

It’s a strange juxtaposition, this laughter with such a horrific subject.

Some may feel it makes my friend seem shallow, but I don’t. I believe it makes her brave.

Her laughter is contagious, and beautiful. It has a love to it, like she’s trying to make me feel comfortable; but also, a bravery – she refuses to let whoever has done this change her.

As someone who is both a victim, and a person living with a personality disorder, my friend has experienced the stigma that comes with these two often co-existing identities.

“Psychiatrists are incapable of comparing notes,” she said. “I’ve been sent to so many. They have to ask me about it again and again.”

“Because we only get half an hour per appointment, it feels like we bring everything up and then they kind of leave me with it. They don’t really give you any aftercare or coping mechanisms.”

The National Health Service is so underfunded, so thinly stretched that often victims go without appropriate support for mental health issues.

“Because you’re so young, and they’re so busy it can be hard to find anyone who will take you seriously,” my friend said. “In an awful way, it actually makes them take me more seriously sometimes because you’ve been through something. They can’t just send you away.”

Popular television shows can make it worse, she said.

“It is hard as well because of the stereotypes and glamorization of mental illness in women; like Effy in Skins, or in some ways Euphoria. They almost sexualize mentally ill women. It creates a stereotype that can mean many victims [who] also have mental illness are less likely to be believed.

“Women with my disorder are often viewed to be hypersexual, manipulative, and pathological liars. Sometimes, our mental illness can make us more vulnerable,” she said.

“People really fetishize it sometimes as well. I’ve seen a growing number of people online saying they want a ‘bisexual mentally ill girlfriend.’ Not only is it ignorant, but it’s also dangerous. It can put those who are mentally ill in harm’s way. It’s really predatorial.”

She said that some people think that women with certain disorders have a “hot girl” trait.

In the media – like television shows and movies – female characters with those mental disorders “are always manic pixie dream girl-esque,” she said. “They’re always beautiful, two dimensional, they’re a concept rather than a character. Men are always violent or are actual real people who are dangerous criminals. It’s harmful to both genders.”

It stigmatizes something they struggle with every day, she said.

We continued to talk about smaller things, and then I posed a question so many victims are asked. Why didn’t she go to the police?

“I didn’t honestly see the point. The first time it happened, the person who did it was a relative of someone close to me.”

She cared about the person close to her and that friend’s family, she said, and didn’t want anything to happen to them.

“When assault is talked about, it’s often framed as partners or strangers at a party; no one really tells you what to do if it’s a friend.”

So many survivors, each with a unique response

An investigation in 2020 by UN Women UK found that 97% of women aged 18-24 in the UK have been sexually harassed, with a further 96% not reporting those situations because of the belief that it would not change anything.

In this year’s Crime Survey for England and Wales, 49% of sexual assault victims had been a victim more than once. There were many reasons for not reporting – 40% stated embarrassment, 38% did not think the police could help and 34% thought it would be humiliating.

“It can be hard as well when what happens to you doesn’t fit the accepted view of assault,” my friend said. “There’s a huge grey area that doesn’t look like the assault that is shown in the media. It’s hard to even realize that is what happened to you, because it doesn’t fit the acceptable view of what assault should look like. It meant for me I didn’t even come to terms about what had happened to me until a while after.”

I asked my friend what message she would have for other survivors.

She stressed that victims are not obligated to have a stereotypical response or feel a certain way. There may be a subdued emotional response, or none at all, and it doesn’t make anyone less of a victim.

When she was assaulted a second time, her reaction was a kind of disbelief and even denial. It took time to come to terms with it, she said. Each individual survivor may have a unique response, and there’s no wrong way to react.

“For those who have been through something like this, just do whatever YOU feel is right,” she said.