LAS VEGAS – There’s no doubt that the impeachment inquiry launched into President Trump has rocked the nation. Being able to vote in next year’s presidential election, I have never been more involved in politics than I am now and the impeachment inquiry has definitely sparked a fire within me to go out and advocate for the change that I wish to see.

The biggest issue with the impeachment inquiry is the strong divide that has separated the political parties, causing no real legislative work to get done.

Both sides are at fault. Impeachment has polarized the nation to the extent that conversing with the opposite party is seen as treason.

Democrats’ fixation on the issue hinders the legislative process, while Republicans’ unwillingness to cooperate magnifies the rift.

It is our job as citizens, however, to become civically educated in order to make the decisions about what’s best for us, no matter where we lie on the political spectrum.

We cannot take things at face value and must do our own research into the issues we care about. Doing so will lead us to make informed decisions about how who we choose to represent us in public office.

This idea of representation stems all the way back to the American Revolution when we fought against a tyrannical government. Being able to have a representative democracy is a privilege we should take advantage of.

A widely told story says that after the Constitutional Convention, citizens approached Benjamin Franklin and asked what type of government the country would have. He told them, “A republic, if you can keep it.”

It still holds true today. It is our job as citizens to allow our voices to be heard, to air our concerns to our representatives as a Republican, Democrat, or anywhere in between while being respectful and open-minded toward both sides.

Nikolai Apilado is a Junior Reporter with Youth Journalism International. 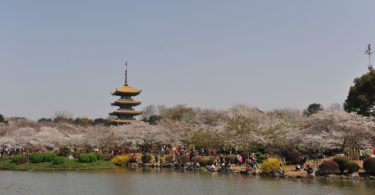 Nikolai Apilado is a Junior Reporter with Youth Journalism International. He is from Las Vegas, Nevada.