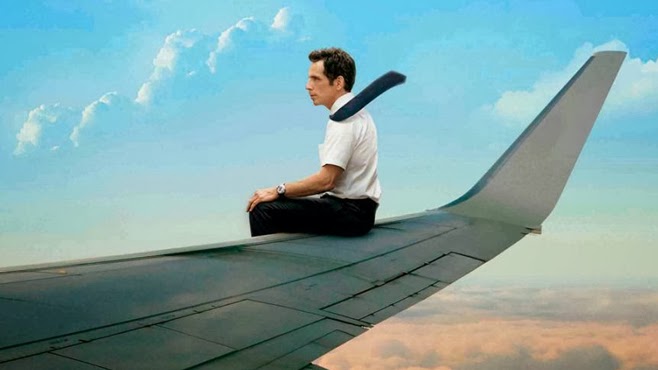 HOUSTON, Texas, U.S.A. – Although “The Secret Life of Walter Mitty” has the potential to be a contemplative, thought-provoking film, it ultimately fails because director Ben Stiller attempts instead to make it a feel-good classic.

“The Secret Life of Walter Mitty” follows Stiller in the title role for over two hours as he chases after the love of his life, Cheryl Melhoff (Kristen Wiig) and a special photograph from acclaimed photojournalist Sean O’Connell (Sean Penn).

Mitty frequently “zones out,” disconnecting from whatever he is doing to daydream.

Some of Mitty’s encounters are awkward – sometimes painfully awkward, especially when he stops interacting with another person and begins fantasizing. It is uncomfortable to watch his encounters with Corporate Transition Manager Ted Hendricks (Adam Scott) in particular. Hendricks is a caricature of a demonic boss, constantly ridiculing Mitty.
The other characters are not much better.
Despite her importance to the plot, we don’t learn anything about Melhoff, except that she is recently divorced and has a young son. Similarly, Odessa (Kathryn Hahn), Mitty’’s sister, is portrayed as a stereotypically flaky and unsuccessful struggling actress.
Mitty himself would be two-dimensional if it weren’t for his imaginative dreams, which allow the viewer a glimpse inside his mind.
Stiller attempts a trite romance between Melhoff and Mitty, combining it with action stills from Mitty’s dreams and words of wisdom from Penn. This combination is obviously impossible and it comes off as if he is trying to make the film something it cannot be, a satisfying, feel-good family movie.
Plus, two hours is too long to watch just Mitty’s awkward encounters and lonely journeys through the wilderness.
Despite its flaws, “The Secret Life of Walter Mitty” contains a few gems.
Mitty encounters stunning scenery in his travels across the globe. The landscape in Greenland and the Himalayas are breathtaking; the best scenes feature little-to-no dialogue but instead Mitty traveling alone in the mountains or on winding trails.
The best scene is a deeply meditative conversation between Mitty and Penn in the Himalayas as the photographer views a majestic snow leopard through his camera lens.
“Beautiful things don’t ask for attention,” Penn offers.
It’s not really relevant to the rest of the film, but it is a calm, thoughtful scene which stands out.
Finally, the soundtrack is fantastic. It combines old classics like “Escape (The Pina Colada Song)” and eclectic new hits from stars such as David Bowie and Of Monsters and Men.
It’s just too bad the action-packed and clichéd rom-com plot of the film doesn’t match its contemplative soundtrack.
Cara Maines is a Junior Reporter in Texas for Youth Journalism International.