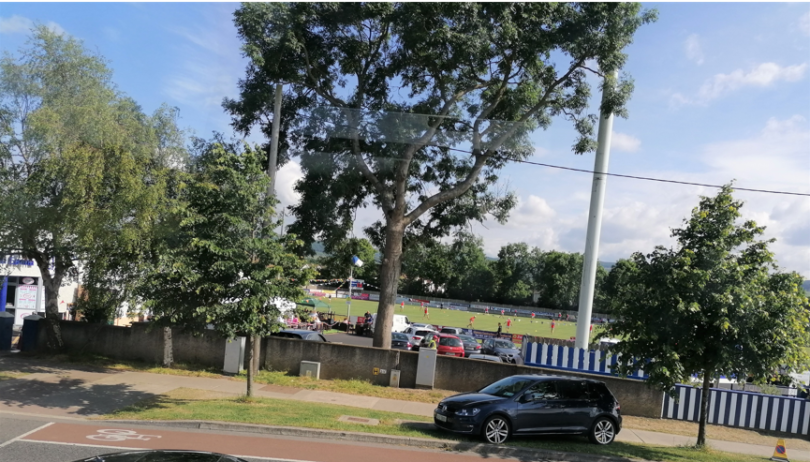 A pub in the clubhouse at a Gaelic Athletic Association will be subject to new restrictions. (Daniel Cleary/YJI)

DUBLIN – In February, I wrote about how governmental mixed messaging was worsening covid fatigue. In February 2021, we were very tired of covid lockdowns.

Friday, Taoiseach Micheál Martin, the Irish prime minister, stood at government buildings to give us another national address. I have long ago lost count of how many times he and his predecessor have delivered national addresses since the start of the pandemic.

I wrote about how there was hope on the horizon, with the arrivals of the vaccine to our shores.

It came. Ireland has a full vaccination rate of well over 90% of the adult population. But in his address, the Taoiseach emphasized the importance of the booster as we now face a new challenge, omicron.  British Prime Minister Boris Johnson also warned of a coming “tidal wave of infection.”

Irish leaders announced new restrictions to combat the omicron variant on Friday. Hospitality now must close at 8 p.m., a move met with vociferous opposition. But the recommendation from Ireland’s National Public Health Emergency Team was actually to close them at 5 p.m.

The later time of 8 p.m. was something of a compromise after the earlier time had been heavily criticized both inside the Dáil – the Irish legislature – and following its leakage into the public domain.

Ireland’s Chief Medical Officer Dr. Tony Holohan leads the emergency team, and their role is to issue recommendations for the government to preside over before addressing the nation.

But yet again, I found myself scrolling through Twitter reading what government had agreed upon before it was actually announced by the taoiseach. Nothing he announced was news to me or anyone who follows people in journalistic circles.

I enjoy knowing, I can’t lie. But should I really know?

Leo Varadkar, Ireland’s tánaiste, or deputy-taoiseach, served as taoiseach during the early months of the pandemic before the inauguration of the new government in July 2020.

Social media users have somewhat euphemistically given the nickname ‘Leo, the leak’ to the man who will – if the current coalition government lasts – return to the position of taoiseach next summer.

The moniker came in relation to a different scandal, the leakage of confidential documents which is being investigated by An Garda Síochána, Ireland’s national police force.

As someone who does keep up to date with current affairs, it can be great to hear the ‘inside source.’

But I am beginning to wonder what kind of effect these leakages have on the government. Does it not undermine the authority of the taoiseach’s position when the vast majority of what he is to announce is already in the public domain? Personally, I don’t think they’re helpful at a time like this.

I’m not criticizing the journalists who report these stories. They have a duty to report what they find to their readers. But I would be extremely skeptical about the motives of their sources.

Daniel Cleary is a Reporter with Youth Journalism International.