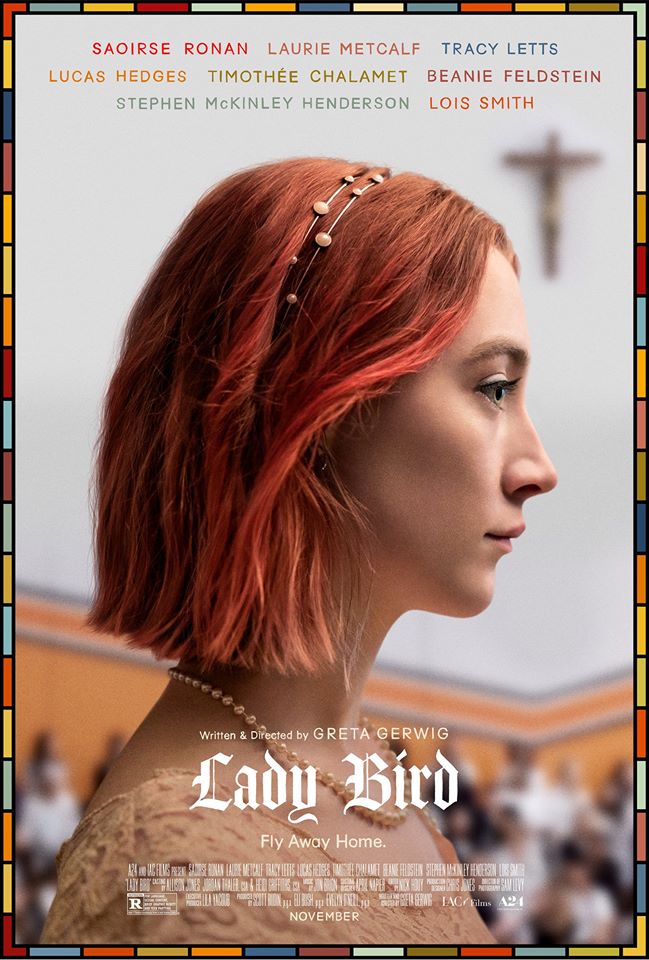 TABRIZ, Iran – It is a story of experiencing the possibilities and boundaries of the youth, a battle of wills. Your last chance to cry heartily as no one would judge. It is the gray area of adulthood, a gathering of a thousand miserable and lively souls inside fighting for eternity.
Happy, depressive, vivid, bleak, and distant. A few years, a few classes, a school year, a summer, and a day. The End. It is gone for good.

This is the story of someone who gets a taste of all the senses of life. A charming, strong and yet, fragile youth.
Writer and director Greta Gerwig introduces us to one of the heroes of the world, a teenager in Lady Bird, her first feature drama. Christine “Lady Bird” McPherson (Saoirse Ronan) is the hero telling her story.
The movie begins with Christine’s senior year in high school in Sacramento, California.
Christine – with her self-given name “Lady Bird” – attending a Catholic school, is right in the middle of her plans for college choices, her far-stretched dreams, and a future hometown.
The crossroads start appearing as the time for making decisions and taking action crawls closer. The answer to all the struggles between family and school and carving names into the walls lays right at the heart of them: Endeavor to build a life ahead.
Gerwig is further expanding the narrative at this point. The city and the individuals with an interest in drawing their own space are depicted in bright tones and clear shots. The landscapes and the observant characters reveal their true colors through these spaces.
Lady Bird’s story is the kind of story we cannot foretell the ending despite all the clichés. The excitement runs high until the end.
Lady Bird’s ambition to study in New York or East Coast as she says – paying her application expenses with her own summer earnings – and the conflict with her mother Marion (Laurie Metcalf) are parts of this excitement.
Gerwig is paying close attention to the coming-of-age heartaches. Most of the coming-of-age stories use the distasteful narrative of agitation, creating spaces that eventually damage the plot in a desperate moment.
In “Lady Bird,” we are given the time to ponder and decide and these moments often lead to capital T truths. The memories and dialogues familiar from our youth or future are the strongest tricks of the film.
Particularly, the memories evolving around the ‘90s generation serve as a preview of America and the world’s inevitable quandary that the post-Sept. 11 generations will have to deal with as the world keeps changing.
The film shows parallel conflicts. Marion doesn’t want Lady Bird to go to New York or any other big city colleges since she fears terrorism, but Christine believes it might help her with admission since she says there was a decline in applications to New York colleges after Sept.11.
This is the reason Lady Bird, desperately wanting to go to New York after September 11, takes the dark path and confronts the fear society created after 2000. To fly away from home and her mother are parts of her choice.
She leaves her home and mother behind for a future of her own desire. She must reunite these past and future pieces to make her choice complete. Lady Bird is triumphant at last. Eyes wet, but proud!
Gerwig offers us this versatile way of storytelling without a fancy narrative. The outcome is captivating and of course, it bears the dreams and hopes of another generation in Justin Timberlake’s “Cry Me a River.”
Frida Zeinali is a Senior Reporter for Youth Journalism International.