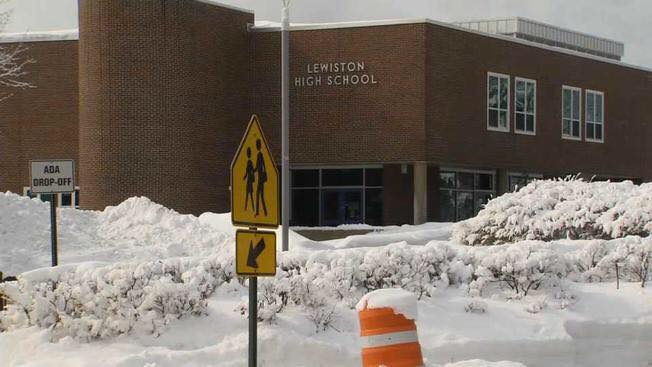 Lewiston, Maine, U.S.A. – Students around the nation walked out of their classrooms last week to make their voices heard.
Our planned walkout at my school in Maine was postponed after classes were canceled because of a snowstorm. Our walkout will now be held Wednesday, March 21.
But last week’s national walkout will go down in history for showing my generation’s power and motivation to change not just the discussion but to have our elected officials pass gun control. For many of us, that is the ultimate goal.

It’s been a month since the slaughter in Parkland, Florida. Fortunately there has not been another similar mass murder since then, but there remains a lot of work left to do for the Generation of Change.
The National Rifle Association has given the talking points to Fox News and Republicans to stand steadfast against any form of gun control.
As the most powerful gun lobby in place, the NRA will be our most difficult adversary.
We have just started by saying “no more” to the lies coming from the right and from the NRA.
It’s now up to us to get those who are like-minded, such as Democrats, into Congress and into our state governments to pass common sense gun control laws.
We see support across the country from students who are motivated by Parkland survivors. We’re not sacrificing our convictions for ownership of high capacity guns such as the AR-15.
Our act has just begun when it comes to this movement. We will no longer take getting shot down by the NRA or by Republicans.
Our message is more powerful than their lies.
When will we see the next mass shooting? The clock is ticking. It’s bound to happen.
Our lives are still at risk due to the inaction of our elected officials in Congress and in our Statehouses.
We spent a day last week remembering those who were murdered. We won’t allow them to die in vain.
Those in control of Congress and in control of state governments across this nation would want those who die of gun violence to die in vain – their deaths are just price to pay for the ownership of deadly weapons.
The banning of high capacity guns such as the AR-15 is so controversial not because of the concerns for taking away Second Amendment rights – the NRA’s favorite talking point – but because every time there is a mass shooting, sales of these weapons increase.
Money flowed to not just the NRA but to gun stores and gun manufacturers after Parkland.
Every time when there is a mass shooting, gun advocates, and Republicans in particular, say “thoughts and prayers.” They yell “mental health” because in the past it worked to distract attention from the only possible solution: gun control.
When President Barack Obama in the White House, gun sales were at their highest because many feared a “socialist” was going to take them.
But after the school walkouts last week, the conversation has changed.
We now say “We’ll vote you out” and they are starting to listen to us. But it will take electing a majority of Democrats to Congress and our Statehouses to really bring change.
More of us are eligible to vote every day. If lawmakers quickly don’t hear the voices of students at thousands of high schools in America, then reform will come with the midterm elections. We can’t take it anymore.
Sean Monteith is a Junior Reporter for Youth Journalism International.

Want to read more? Here are the voices of YJI students worldwide since the Parkland, Florida mass shooting: After Parkland