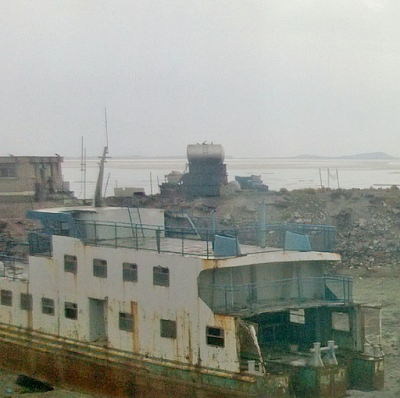 For many years, there were touristic ships on Lake Urmia for island tours. Followed by the dramatic drying of water, they all are out of service now. (Frida Zeinali/YJI)
TABRIZ, Iran– While you take your first steps on sun-baked black mud towards salt-covered rocks on the ground, you’re greeted with the pitiful silence of rusted ships.

All you see are salt crystals on the arid shores while only thing running through your mind is, “Once upon a time there was a vast lake right here.”

Lake Urmia, in the northwestern corner of Iran, once used to be the largest lake in the Middle East and the sixth largest saltwater lake in the world, according to the Tehran Times, an international Iranian newspaper.

It’s also known for being the largest lake in Iran.
But now, the lake is disappearing and is far from its glory days. It’s not completely dried yet, but has lost almost 90 percent of its water, according to a report last month by the Unrepresented Nations and Peoples Organization which followed a conference at the European Parliament. 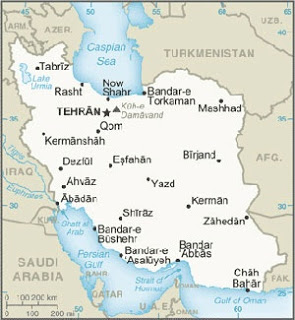 With its safe waters, birds and other wildlife, the lake was a popular tourist spot. The black mud found in its shores, was mineral rich and is believed to have benefits for skin and rheumatic afflictions.
For many years, Lake Urmia was one of the most popular destinations for tourists. Lots of people spent the summer holidays on its safe water. There wasn’t any danger of drowning because of the high levels of salt. 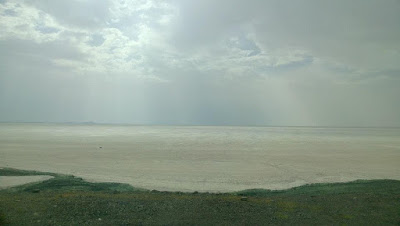 Salt crystals remaining on the shore of Lake Urmia show where the water levels used to be a few years ago. (Frida Zeinali/YJI)

The lake was attracting foreign visitors from Turkey, Armenia and Azerbaijan and also had a great impact on economy of region. Beyond tourism, the lake’s rich salt reserves had a significant industrial role.

Experts say that the combination of several environmental problems like climate change, dams on rivers and small springs feeding the lake
and a prolonged drought are the main reasons for the water decline.
Others think all the water was lost due to evaporation caused by high degrees of heat in the region.
Lake Urmia is not facing a danger of drying out, it’s drying now. For the majority of the Azerbaijani population who live around here, it is worrying.
It’s heartbreaking to see the dying lake in such a silence but there are still hopes that shriveled Lake Urmia may one day recover its former greatness.
Some steps to help the lake have been taken, and we are waiting see how effective they will be. Until then, keeping hope alive for this once-great lake is only thing Iranians can do.
Frida Zeinali is a Junior Reporter for Youth Journalism International.
***
Your tax-deductible contribution helps the students
served by this organization. Thank you for your generosity.
www.HelpYJI.org