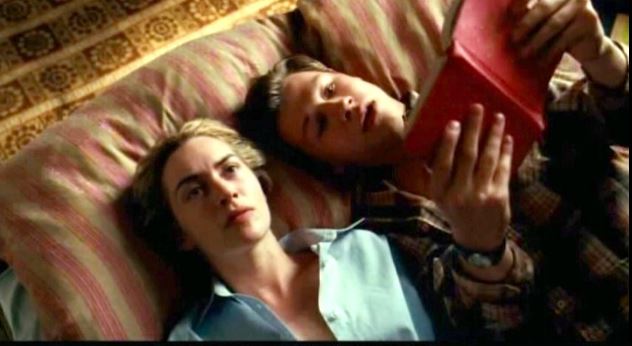 ERMELO, Gelderland, Netherlands – Every once in a while, you come across a movie that stops you in your tracks. The kind of movie that forces you to reconsider a lot of things you thought you understood.
The Reader, by director Stephen Daldry, is that kind of movie. This thought-provoking tale of impossible love, shame and guilt will stay with you long after you’ve turned off the DVD player.
Set in Germany in the 1950s, it all starts when a chance meeting changes the lives of 15-year old Michael, played by the talented German actor David Kross, and the much older tramticket collector Hanna (Kate Winslet). 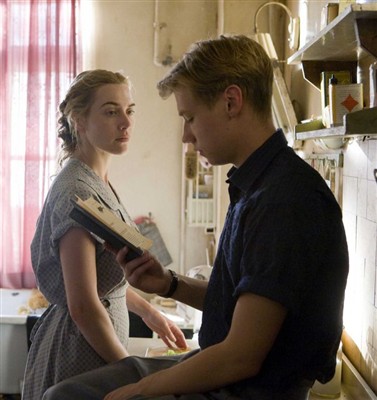 They fall in love. A couple of tastefully directed scenes show us how their relationship develops. After a couple of mainly erotic encounters, Hanna asks Michael to read to her. That summer, he takes her through the main stories of world literature.
Suddenly, summer comes to a definite end. Hanna is gone, leaving Michael with many unanswered questions. This summer will turn out to have impacted their lives in a way neither of them could have foreseen.
A couple of years later, Michael is a law student. As an intern, he gets the chance to observe the trial of some former Nazi guards. This is where he first sees Hanna again.
The guards are being tried for the deaths of 300 prisoners, who perished when the guards refused to unlock the doors of a burning church. They died horrible deaths, as later described by one of the only survivors.
Hanna could have let them out.
While he’s still trying to make sense of it all, Michael finally discovers Hanna’s biggest secret, the one she’s willing to protect against any price: She can’t read.
During the trial, Michael is torn between hating Hanna for what she’s done and his effort to understand what made her do it, and the viewer with him.
Many camera shots focus on their faces, which almost enables you to feel their emotions.
This movie doesn’t try to justify what Hanna did. She’s not innocent. People died because of her. But still, you see her as a woman who doesn’t understand the world around her anymore.
She was convinced she was doing what she had to do. To most modern viewers, Hanna’s almost childish logic will be incomprehensible.
She doesn’t lie or try to defend herself. She doesn’t even seem to be fully aware that what she did was wrong. This is shocking, but at the same time it’s heartbreaking.
The judge represents the disbelief that most viewers will feel as well.
“What would you have done?” she asks the judge in a fragile, almost surprised voice. He doesn’t have an answer.
Winslet’s portrayal of the nervous, confused Hanna is truly remarkable. The Oscar, Golden Globe and Bafta she won for this performance are well-deserved. Hanna’s not a likeable character. She’s frigid, distant and irritable. As a viewer, I didn’t sympathize with her, but I still felt for her at some level.
Winslet manages to give Hanna a human face, as you see her struggling to keep her illiteracy a secret.
Throughout the movie you see an older Michael (Ralph Fiennes), who is remembering what happened in his past.
Although these flashbacks were a bit annoying at times, as they sometimes made the story a bit difficult to follow, they did have a function. It shows how his love for Hanna has completely defined Michael as person.
He doesn’t seem to be able to maintain normal relationships and Hanna’s story has continued to haunt him through the years.
Since the atmosphere as the movie is very German, it might have been better if everyone had spoken in German. But most of the cast is speaking English with a more or less heavy German accent, which makes the movie a little less realistic. But then again, if it had been in German, Winslet wouldn’t have been able to play Hanna, and that would be a shame.
Because this movie is an adaption of the acclaimed German novel Der Vorleser by Bernhard Schlink, I had my doubts about it at first.
Der Vorleser is one of my favorite books and I was afraid the movie would be disappointing. It wasn’t. This movie absolutely does justice to the book. The dejected atmosphere and the feelings of the main characters are just as perceptible as in the book.
This movie isn’t really about wrong or right. Despite what some critics say, I don’t believe it’s an effort to justify what some Nazi people did.
It’s a story that shows us how a first love can affect people for the rest of their lives. It shows how illiteracy makes people incredibly vulnerable and how ordinary people get carried away by a system they don’t even really understand.
But most importantly, it offers us a glimpse into just some of the so many lives that have been brutally ripped apart by a war that took place not that long ago.

Caroline Nelissen is a Junior Reporter for Youth Journalism International.