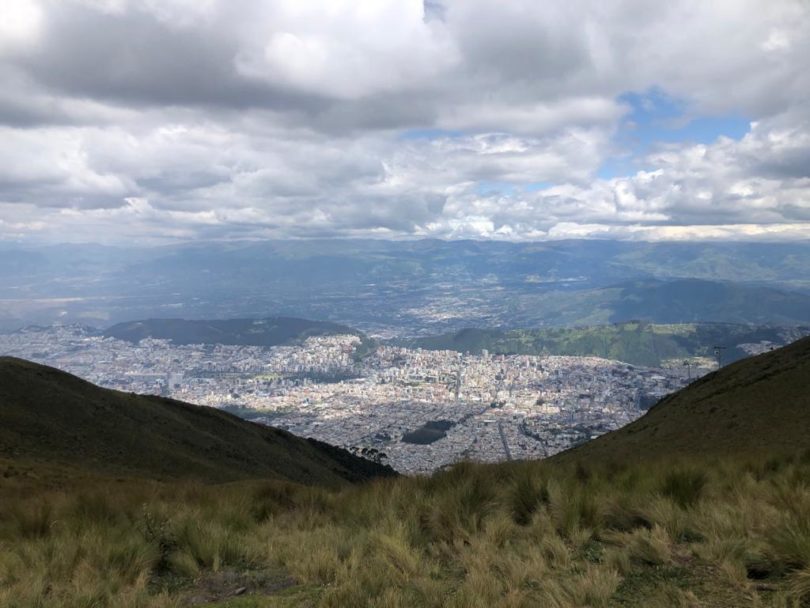 The view of Quito, Ecuador from surrounding hills. (Aileen Cevallos/YJI)

Tumbaco, ECUADOR – I have lived in the outskirts of Quito my whole life.

Until the age of five, I lived in the house my family until today calls “the house with the blue roof.” It stood just beside a water reservoir I once believed was filled with gigantic fish and dolphins.

Now that I have moved out of that house in the Quito suburb of Cumbayá, I can now see the magic fading and see the water reservoir as it is: gray and purely practical.

After hopping around from house to house for a few months, we moved to another town called Tumbaco.

Tumbaco and Cumbayá are the suburbs closest to the capital city. They have merged into each other, making the distinction between them nearly impossible.

This blob of growing suburbs lies just underneath the mountain on which Quito rests. To go to the capital, cars climb the mountain and then go through a tunnel, which leads directly into the busy city.

I have to be honest when I say I have never felt at home there. Buildings and people crowd every single corner. Cars and street vendors fill every inch in the city.

Streets named after festivity days and national heroes line the city in unorganized directions creating a confusing network I just never seem to find my way around.

People who live in the city would probably agree that the privileged and rich live in the suburbs. The softies, or as we would say “fresas,” the strawberries.

In the suburbs, people live in compounds. A few houses are surrounded by walls to “keep us safe.”

I sometimes believe, though, that the high walls surrounding us and our neighbors are there to hide the reality of Ecuador, to keep us happy in our little bubble.

Most people in Ecuador do not have the privilege of living in a safe compound or even a nice building in the city. The reality is miles of unfinished, small, gray houses in the south of the city. I have only seen these houses distantly, driving by in a car or just admiring the view from a few miles away.

“El sur no existe,” my family often says as a joke. “The south doesn’t exist.”

A small joke we make, when in reality loads of people live there. The south is filled with thousands of houses and people. And all of them certainly do exist. Our joke just comes to show the bubble we live in. It’s a wall not just around our houses, but around our perspectives.

There are very big economical differences between people in Ecuador. While some of us live in our safe little universes with clean streets and nice parks, safeguarded by a gate to shut everyone else out, most people have to get by with very little money. 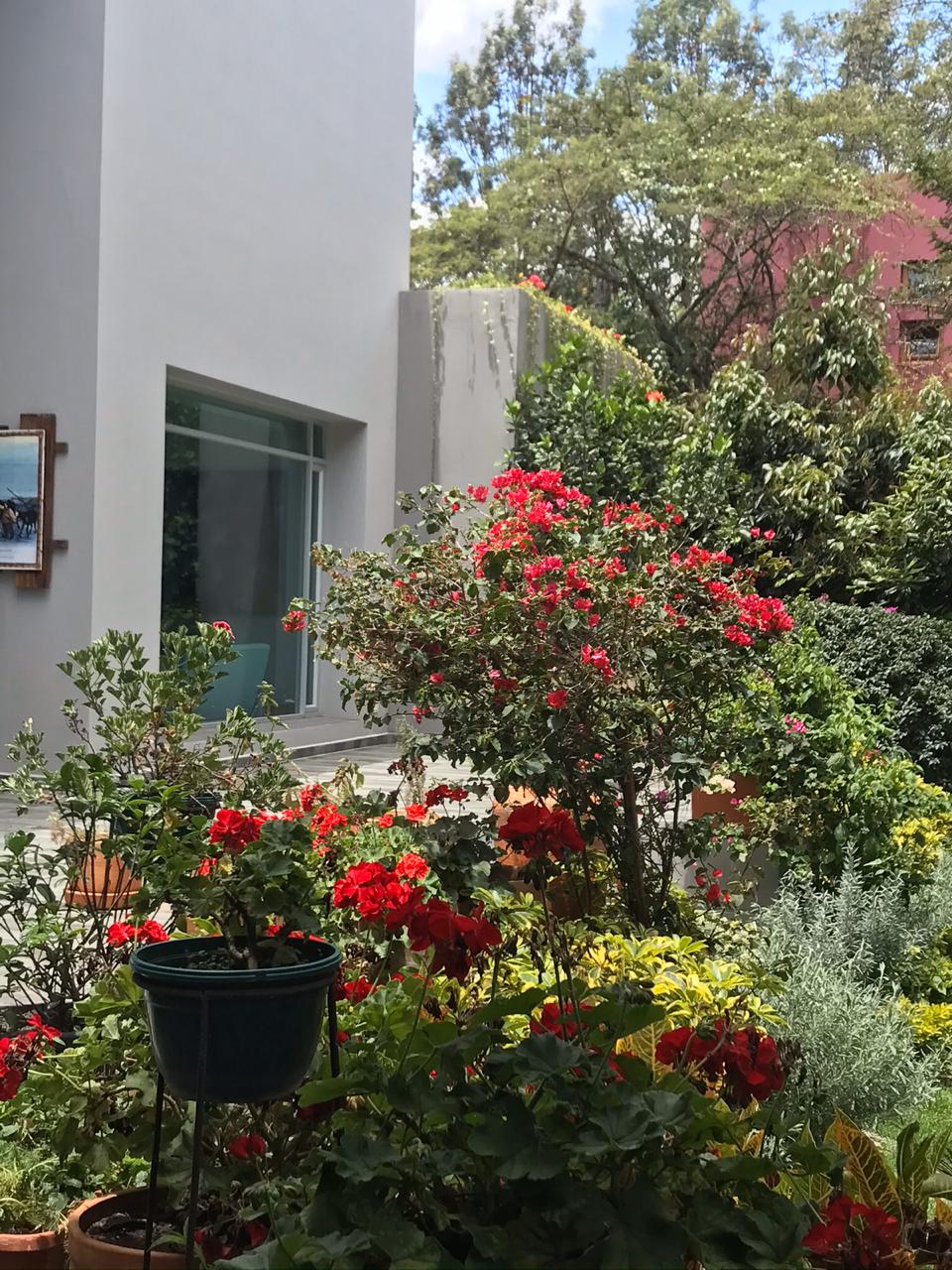 The garden in front of the author’s house outside of Quito, Ecuador. (Aileen Cevallos/YJI)

People from huge families that live in tiny houses are those who clean the homes of the privileged, or drive the richer families around for a living.

While my family owns two cars, most people have to squeeze into an overly filled bus every morning.

I had never thought about how lucky I truly am until I was forced to stay at home for weeks because of covid-19.

Like most people in the world right now, we are not allowed to leave our house to stop the coronavirus from spreading.

At first, it was hard for me to find things to do, to be without friends for so long. But I slowly started realizing that I have the privilege of having my own room, my own balcony, and a huge garden to spend all my time in.

My family has enough food and my parents can work from home. I have internet and can take online classes.

Most people in Ecuador are not as comfortable as me right now. Some kids might not be able to get online classes because they don´t own a laptop, or don’t have internet.

Some families have to wonder how they will eat in the coming months if they can’t sell their products on the streets.

I live in a bubble, and I didn’t do anything to deserve it. It could have as well been me living in a crowded small house, worrying about a lot more than boredom.

Aileen Cevallos is a Junior Reporter with Youth Journalism International.