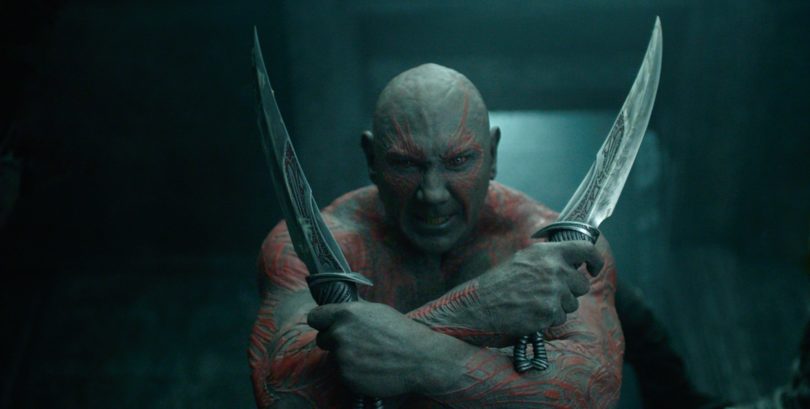 Drax the Destroyer, acted by Dave Bautista.
BRISTOL, Connecticut, U.S.A. – In 2012, Joss Whedon and Marvel Studios released The Avengers, a movie about a billionaire scientist inventor, a radioactive green bodybuilder, a
cryogenically frozen super-soldier, the Norse god of thunder, and two secret agents teaming up to fight the Norse god of mischief and chaos.

When you think about it, you might realize this is a bit of a ridiculous premise.
Nevertheless, Marvel was expecting it to be the biggest movie of the summer. What the studio got in return was nothing short of a cultural phenomenon, a worldwide gross of more than $1.5 billion, and a 92 percent rating on the review website Rotten Tomatoes.
The movie was an absolute success in every way. Even people who were unfamiliar with much of the Marvel mythos were thoroughly impressed by the film’s action,
story, and witty dialogue.

The Avengers also had several movies leading up to it, including films about Iron Man, the Hulk, Captain America, and Thor. However, what would happen if Marvel attempted to make a film like The Avengers, only without introducing any of the characters in advance? Well, you would get Marvel’s latest cinematic release, Guardians of the Galaxy.
Directed by filmmaker James Gunn, Guardians of the Galaxy is the story of five morally ambiguous characters who, through a series of incredible coincidences, end up in possession of what I like to call a Mystery Object of Plot Importance. Shortly after, they get tossed in space jail and have to break out to prevent an evil warlord named Ronan (Lee Pace) from using the M.O.P.I. to – you guessed it – destroy the galaxy. 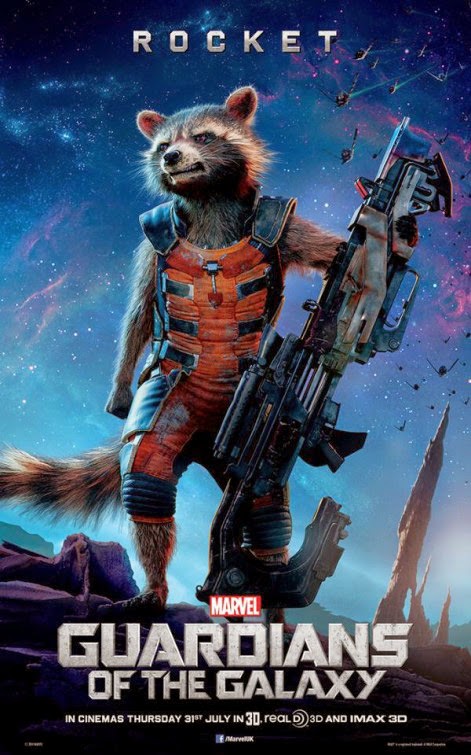 Our inmates are a green-skinned huntress, a muscle-bound man with a thirst for vengeance, a talking raccoon with a love of heavy weaponry, a nigh-indestructible tree-man, and Chris Pratt.
If the cast and plot weren’t ridiculous enough for you, the entire movie is underscored by a selection of ‘70s and ‘80s pop music, courtesy of a Walkman
owned by our token human character.
You would think that with a description like that, this movie would be a surefire critical flop. But somehow, Guardians of the Galaxy has an element to it that seems to have gained the critic’s favor: It doesn’t take itself seriously.
The cast, crew, director and writers realize that the source material they’ve been given to work with is like something that a 10-year-old would come up with, and they just run with it.
The cast is quite like a list of Who’s Who of actors in Hollywood right now. Chris Pratt plays the kind-hearted rogue Peter Quill, AKA Star-Lord, with his own personal brand of optimistic, yet tough humor.
Zoe Saldana, no stranger to being in Space, beautifully captures the role of the dangerously attractive Gamora. Newcomer Dave Bautista, who plays the revenge-obsessed Drax, deserves special mention for managing to make a muscular killing machine into a sympathetic, witty and likeable character.
Providing the voice of Rocket Raccoon, we have Bradley Cooper, who manages to steal the spotlight in almost every scene he’s in with his dry and sarcastic banter. And finally we have Vin Diesel, who excellently channels his performance as the Iron Giant to provide a voice to the limited vocabulary of Groot.
The cast also includes brilliant performances from several great actors, both notable and relatively unknown. John C. Reilly, Glenn Close, Michael Rooker, Josh Brolin, and Benicio del Toro make the most of their supporting roles, taking every second they are on screen for what it’s worth and providing enough witty banter to rival a Joss Whedon movie.
It’s funny how this keeps coming back to The Avengers, isn’t it?
In between all the ridiculous scenarios and comedic dialogue, however, the movie takes every opportunity it can get to mess with the audience. It seems to be a popular trend nowadays for mainstream comedies and action films to have at least one heartbreak scene: a scene that will make the audience cry like a chef who’s diced up one onion too many.
As is custom with superhero movies, these moments usually come while characters are explaining their backstory, or (slight spoiler alert) somebody dies. This movie hits all of the right notes to make it work.
As of today, this movie has a 92 percent rating on Rotten Tomatoes, just like its spiritual predecessor. As for how much money it will make and how many people are going to be quoting it, only time will tell.
As is, though, Marvel seems to be on the right track with its recent movies (with one or two exceptions) and I am definitely looking forward to Marvel’s next superhero team movie, which in this case happens to be Disney’s Big Hero 6.
Alan Burkholder is a Senior Reporter for Youth Journalism International.
***
Your tax-deductible contribution can help support this nonprofit at  www.HelpYJI.org