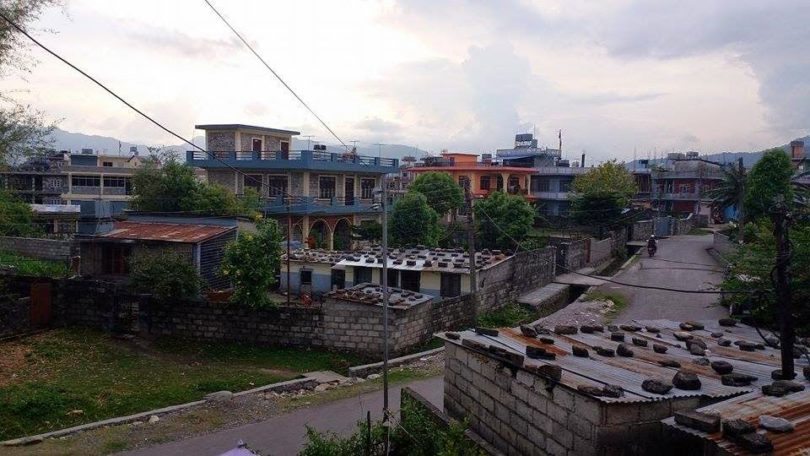 Part of Pokhara, Nepal, where people felt a giant earthquake hours ago but were spared the damage suffered in other parts of the country. (Nischal Kharel/YJI)
POKHARA, Nepal – Shortly before noon, while I was working on something for college at my friend’s house, the book rack started shaking. We immediately realized that it was an earthquake.

We thought it wouldn’t last longer, but it went on and on. It just didn’t stop. 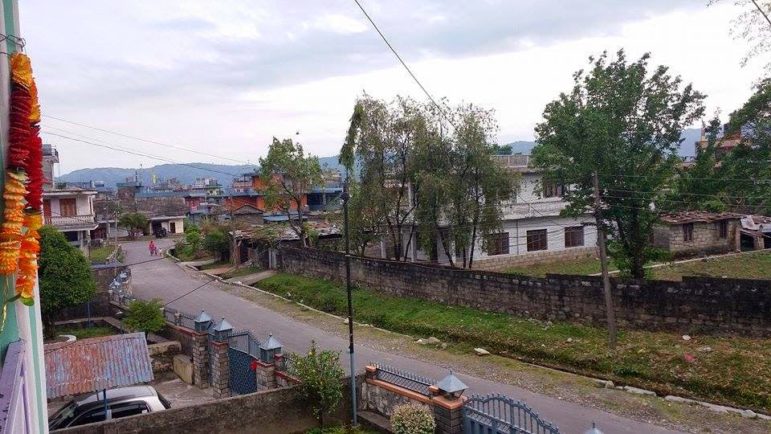 A neighborhood in Pokhara Saturday evening after the earthquake. (Nischal Kharel/YJI)

At first we stayed inside the home under a wooden door frame, then got frightened enough to run outside to some nearby open space.
Many others had also run outside. They were crying, shouting and scared.
Fortunately, the shaking stopped and we were all fine.
I called my parents at their home in the Morang District in Eastern Nepal, and my sister, who was at my aunt’s house in the Dhulabari Jhapa District, also in the eastern part of Nepal.
My aunt told me that there was some flooding in her town after a large water tank, about 60 feet tall, collapsed. 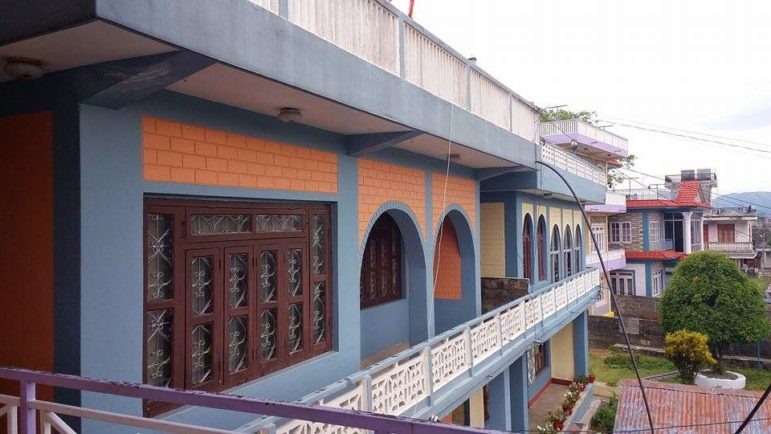 Homes in Pokhara, Nepal, after the earthquake Saturday. (Nischal Kharel/YJI)

Pokhara, Nepal’s second largest city, does not appear to have suffered any damage, though we are only about 100 kilometers from the earthquake’s epicenter.

The 7.9 magnitude earthquake killed at least 688 people in Nepal, authorities said. There was extensive damage in Kathmandu, the capital, and reports of a major avalanche on Mount Everest.

Nischal Kharel is a Reporter in Nepal for Youth Journalism International. 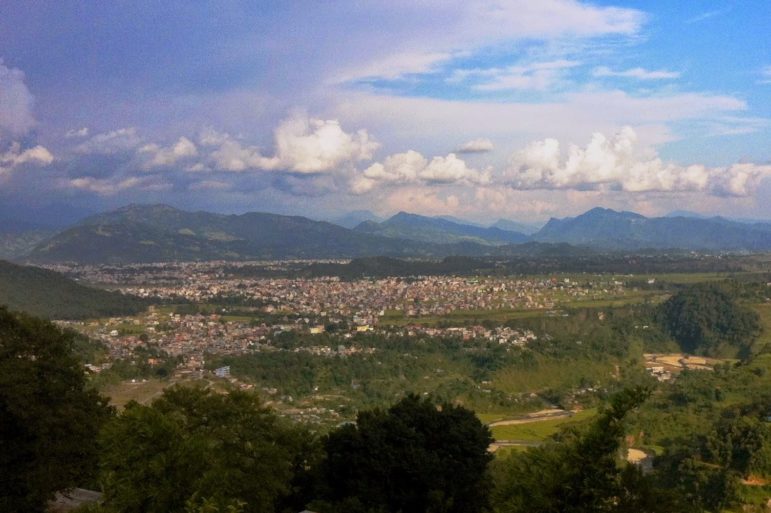 A view of the city of Pokhara, taken about a month ago. (Nischal Kharel/YJI)

***
Your tax-deductible contribution can help support Nischal Kharel
and other students at this nonprofit at
www.HelpYJI.org