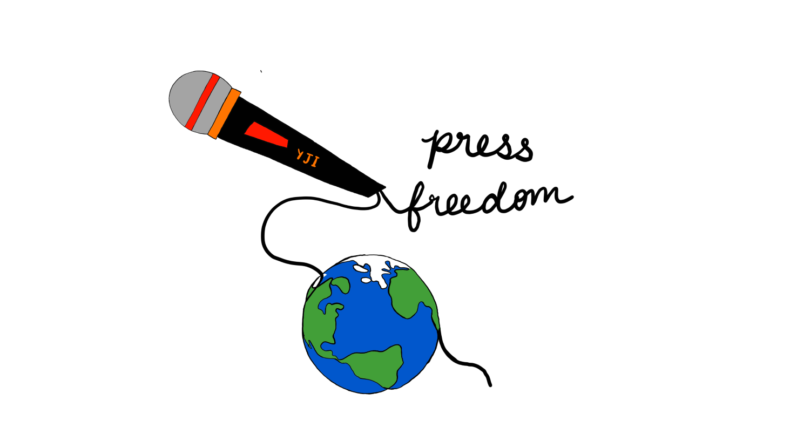 Piqua, Ohio, U.S.A. – Jamal Khashoggi spent the last moments of his life in the dark bowels of a Saudi Arabian embassy, calling out for help, as assassins took a bone saw to his limbs.

Blinding white light from an explosion – ignited by a car bomb in Malta – was the final thing Daphne Galizia ever saw.

Anna Politkovskaya stood in the elevator of her Moscow apartment complex when she was shot dead, murdered on the orders of paymasters still unknown.

While the consequences of their deaths varied drastically, each of these journalists died in the line of duty. All were living embodiments of journalism at its best, so honest in their reporting – and relentless in their pursuit of the truth – that those they exposed saw their death as the only surefire means of silencing them.

Unfortunately, the fates that befell these reporters are not exceptions, but terrifyingly common.

According to the Committee to Protect Journalists, 22 journalists were murdered in 2020, with the motive confirmed. Another 17 were killed last year, but the motive remains unconfirmed.

These are obscenely large numbers. Since time immemorial, journalism has been a uniquely dangerous profession.

Words are like window blinds: equal parts strong and pliable, they are tethered together, relying on one another. When used correctly, they become a tool used to reveal crimes and atrocities once hidden to the light of public scrutiny.

It is for this reason that all tyrannical governments first encroach upon civilian life by shutting down opposition news publications.

By smashing keyboards, silencing voices, breaking pens, they close the blinds and pull the curtains in, keeping their nations in darkness.

Now more than ever, we must make sure those blinds are open. Authoritarianism has been resurgent for years, as strongmen from Brazil to the U.S. have taken power and used their bully pulpits to demonize journalists and silence dissent.

When reporters are considered “enemies of the people,” democracy’s already feeble foundations become even weaker. Despite how essential the Fourth Estate is to a country’s functioning, the industry has been in a state of steady decline for decades.

Newsrooms once filled with the sound of clicking keyboards are now silent, as private equity firms and conglomerates cut staff and decrease wages, more interested in profits than the public good. Add growing public resentment towards reporters – thanks to demagogues and their cronies’ constant demonization of the field – to an already extensive list of difficulties, and it should come as no surprise that few young people want to pursue journalism.

Nonetheless, these dire prospects cannot be used as a justification for apathy, because the world is entering an era of intense and dramatic change. Society will be transformed, and life as we know it will never be the same.

Journalism is often called the first draft of history, and while every reporter has heard that cliche uttered a thousand times in journalism school, it also happens to be true.

There must be people willing to document these changes with integrity and courage, supported by a populace who appreciate the importance of their work.

The First Amendment enshrines freedom of the press, making journalism the only career protected under the United States Constitution.

Unless we remember why, and stand at the forefront of a new era for news reporting worldwide, then the golden light of truth and accountability will be unceremoniously flicked off. If that happens, it will leave the world uninformed, confused, and afraid, grasping and stumbling into a new dark age.

Zurie Pope is a Reporter with Youth Journalism International. He wrote this commentary.

Sreehitha Gandluri is a Reporter and Illustrator with Youth Journalism International. She made the illustration.