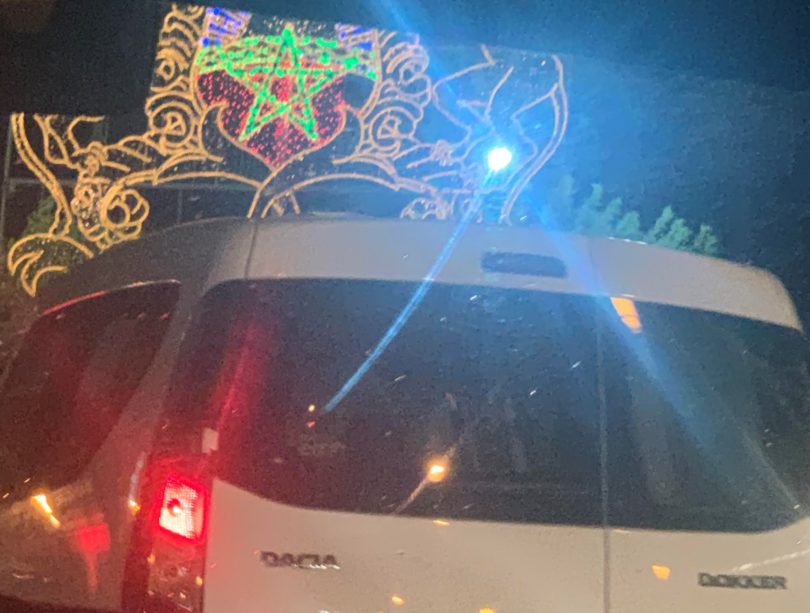 The non-governmental organization Moroccan Outlaws offers support to victims of sexual assault and harassment in this northwest African nation.

The group, which also serves the LGBTQ community and unmarried Moroccans who are sexually active – a crime here – has a main office in Casablanca and several others in cities around the country.

Moroccan Outlaws lobbies for civil liberties, trying to change laws and spread awareness on some of the nation’s taboo topics.

Activists with the group helped facilitate interviews for Youth Journalism International with three survivors of sexual assault. One who spoke to YJI experienced date rape, another harassment at a private school and a third, on the job.

Chaimae Lmlyani, who is 18 and from Fez, told Youth Journalism International that she was pressured by her boss to have sex.

She dropped out of school when she was 15, deciding to work in one of many local shoe factories. It was there that Lmlyani faced several sexual assaults from her boss at work that included unwanted touching.

According to Lmlyani, she couldn’t say anything about the abuse because he threatened to fire her. She needed the job to support her sick parents and two younger siblings, Chaimae said.

“Once he came directly to me and offered me money to go with him,” the teenager said. “It made me feel less than a human.”

When she refused him, Lmlyani said, his behavior changed.

“He treated me less than other coworkers,” she said. “I lost my respect and dignity, and on top of that I still get harassed and I can’t say anything because I need that job.”

He still harasses her, she said. The entire thing is a burden she doesn’t share with those closest to her.

“No one in my family knows,” said Lmlyani. “I can’t tell them as they have other stuff to worry about and I don’t want to add my problems, too.”

She still works at the same shoe factory and feels trapped there. But it pays better than some other jobs.

Lmlyani said she was offered a job through Moroccan Outlaws, but it was in another city. She said she feels she needs to stay in Fez to take care of her family.

Two other Moroccans agreed to discuss their experiences with sexual assault if YJI kept their identities private.

A 23-year-old gay man from Tangier recalled being harassed several years ago as a student attending a private high school on scholarship.

The man, who said his immediate family accepts and understands him, said other relatives are less supportive of his sexual orientation.

He shared his story in a Zoom interview with Youth Journalism International.

In his last year of high school, he said, a classmate harassed him both verbally and physically in the school locker room. He said he couldn’t say anything about the abuse to school officials because he feared he’d be kicked out of school if they knew he was gay.

Beyond that, the boy who harassed him came from a prominent family that donated to the school. He said he thought he, a student on financial aid, wouldn’t be believed.

“If I said anything, they might’ve even accused me of something bigger,” he said, or expelled him from school.

He said he also feared ending up in prison because homosexuality is illegal in Morocco.

A third Moroccan survivor who agreed to share her story is a dentist in Casablanca.

Also interviewed over Zoom, the woman described an assault she suffered a few years ago by a man she knew.

The two had been dating about four months, she said, when he invited her for lunch at a restaurant.  While there, she told him about how she moved to new house and was taking care of moving her things from her old home to the new one.

He offered to help, suggesting that they carry stuff together. When he said he didn’t want her to do all of these things by herself, she accepted.

But while in the old home, he tried to approach her and she refused.

“I wasn’t ready,” she said. “I didn’t plan to do anything with him especially because we were still in the first stages of our relationship, I didn’t feel comfortable.”

Even after giving him clear hints, they started fighting, and finally she asked him to leave the house, she said.

Instead, he raped her.

He never called after that day or returned to talk to her.

“I couldn’t shout or ask for help because in our society they would accuse me even if I am the victim,” the dentist said.

Authorities would “focus all their attention and blame on me for bringing him to my house, and even more so, I might go to jail.”

She said Morocco’s laws “are created to keep many women and victims like me silent.”

As laws are now, she said, there’s no way to talk about a victim’s rights, or put criminals who should be reprimanded into prison, she said.

Manar Lezaar is a Senior Reporter with Youth Journalism International.