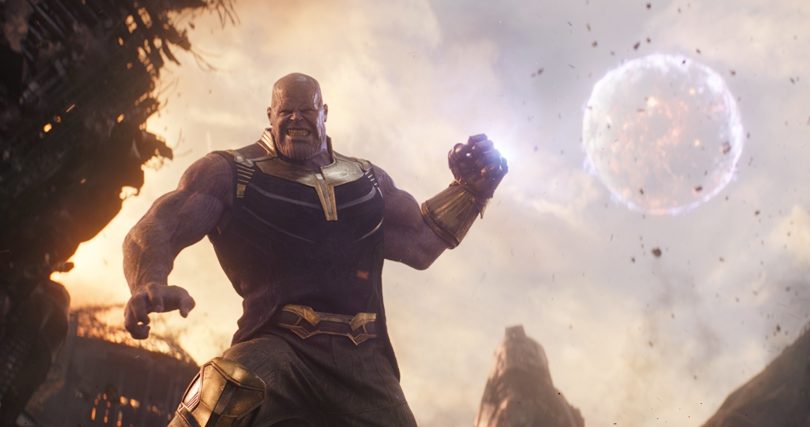 The most anticipated movie of 2018, Avengers: Infinity War, is finally here.
With an IMDB rating of 9.1, this star-studded film features the biggest stars of Hollywood playing Ironman (Robert Dowey Jr.) Doctor Strange (Benedict Cumberbatch), Thor (Chris Hemsworth), Hulk (Mark Ruffalo), Captain America (Chris Evans), Black Widow (Scarlett Johansson), Star-Lord (Chris Pratt), Loki (Tom Hiddleston), Gamora (Zoe Saldana), Vision (Paul Bettany), Scarlet Witch (Elizabeth Olsen) and Black Panther (Chadwick Boseman).
While a great number of characters, the complex storyline and multiple scenarios happening in different places simultaneously might confuse the non-hardcore fans, it’s definitely a delight for the Marvel Cinematic Universe fans.
Despite being a grim movie where the superheroes are desperately trying to save the universe, there is still the unexpected but perfect touch of humor as characters are introduced to each other.
The movie, released April 26, unravels the history of Infinity Stones and the reason behind the complex father-daughter relationship between Thanos (Josh Brolin) and Gamora. Surprisingly, we also get to see the emotional side of probably the strongest MCU villain.
The most admirable part, though, is the official inclusion of Spiderman (Tom Holland).
The fights for the Infinity Stones take place at a number of locations, including the planet Titan (home to Thanos), and Earth, particularly Wakanda where some of the most significant events happen
A strong plotline, the breathtaking special effects and perfect balance of action and never ending humor definitely makes the film worth watching. There are, however, a number of characters that are yet to be introduced in the next installment, such as Captain Marvel and also Ant-Man and Hawkeye.
There are many questions that are still to be answered and fans are hoping to find those answers in Avengers: Infinity War Part 2 which according to the Marvel website is set to hit theaters May 3, 2019.
Spoiler warning: this movie is definitely going to break hearts, because fans will see some of their favorite characters dying. But my recommendation is to watch this movie as soon as possible. Rarely do we get to see a movie as marvelous as Avengers: Infinity War.

Irha Nadeem is a Senior Reporter for Youth Journalism International.