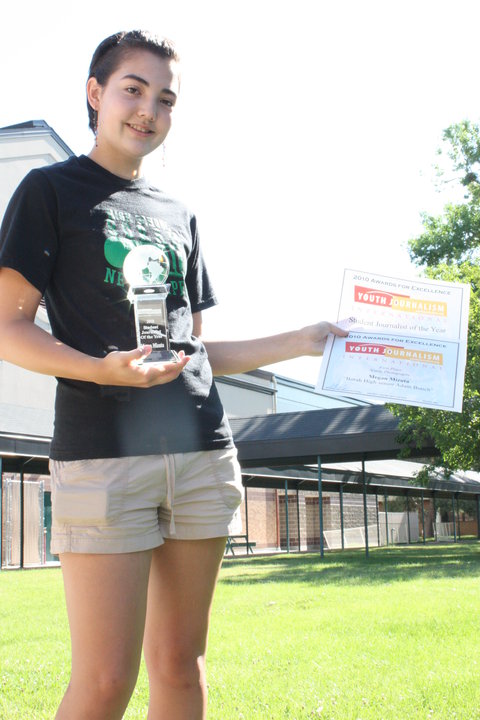 WEST HARTFORD, Conn., U.S.A. – Youth Journalism International, a Connecticut-based nonprofit, is seeking nominations for courage by young reporters or others in the field of youth journalism.

The new award will be one of many handed out to the world’s most talented young reporters, photographers and cartoonists in the largest journalism contest for young people.

“We’re looking to showcase the great work done by so many young people all over the world,” said Steve Collins, Youth Journalism International’s president.

The new Courage in Journalism award aims to honor an individual youth journalist, journalism educator or a student newspaper that showed particular courage in pursuing a story despite danger, official roadblocks or other unusual obstacles.

There are a number of categories for entries, including Student Journalist of the Year, Journalism Educator of the Year, The Jacinta Marie Bunnell Award for Commentary and The Frank Keegan “Take No Prisoners” Award for News.

Details on how to enter the contest are available under the Contests link at the top of Youth Journalism International’s website at www.YouthJournalism.org.

A complete list of last year’s winners, who hailed from eight countries on four continents, is also available on the website.

Youth Journalism International is a recognized 501(c)(3) public educational charity by the U.S. Internal Revenue Service. A non-governmental organization, YJI depends on donations from supporters to continue its important work training the next generation of journalists.