ALEXANDRIA, Egypt – Following in the footsteps of Tunisia’s recent revolution, Egypt today was in a complete state of protest.
More than 20,000 people in Alexandria and over 50,000 in Cairo and thousands others in several governorates across Egypt have left their fear behind and united to demand basic rights.
Egyptians are ranting against the state of poverty, hunger, unemployment, inflation, corruption and injustice. 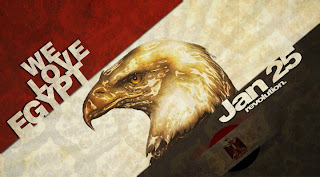 Some of the main demands include denouncing President Hosni Mubarak – a man many people here call a dictator – who has occupied his office for the past 30 years.
Protestors are demanding fair elections and the simple right to be protected by the government instead of oppressed by it.
The people are also demanding a raise in the minimum wage up to 1,200 Egyptian Pounds a month, which is about $205 in U.S. dollars.
The current center for protests is in Cairo’s famous El Tahrir Square downtown, where people are pledging to sleep on the streets until their demands are answered.
Egyptian authorities have managed to shut down cell phone reception in that area in addition to blocking Twitter almost entirely from Egypt.
Most news updates are found on Facebook on pages such as Rassd News Network and cable channels such Al Jazeera, despite police beating Al Jazeera reporters and destroying their equipment.
Today is Police Day, a holiday for Egyptian schools and workplaces. Organizers have been eyeing this date to begin protests since Tunisia’s recent Jasmine Revolution.
Planned on Facebook, where over 90,000 people vowed to attend the anti-government rallies, many did not believe that an event this big would actually take place.
But to everyone’s surprise, the protest marches finally managed to give voice to public opinion – and many joined who do not even know what Facebook is.
According to the RNN network, a few people have died and thousands have been arrested.
Many government officials insist that even tens of thousands protesting out of a population of 80 million cannot be considered a revolution.
But many Egyptians believe otherwise.
For the first time since the 1970s, thousands of men and women from all ages and from all classes of society have stood up for their basic rights of liberty and prosperity.
The streets are chanting what Egypt’s hearts have been secretly chanting for years: “Down with Mubarak, down with Mubarak!”
People are fed up and finally speaking loud and clear. They will no longer live under this regime, no longer be live in poverty and oppression.
People have marched down the streets of Egypt tearing down posters of Mubarak and, even more upsetting to the regime, the posters of his son, Jamal Mubarak, considered the likely successor to his father.
Today has been a day full of historical events in Lebanon, Tunisia and Palestine.
But for Egypt, today is only just the beginning.

Jessica Elsayed is a Reporter from Egypt for Youth Journalism International.