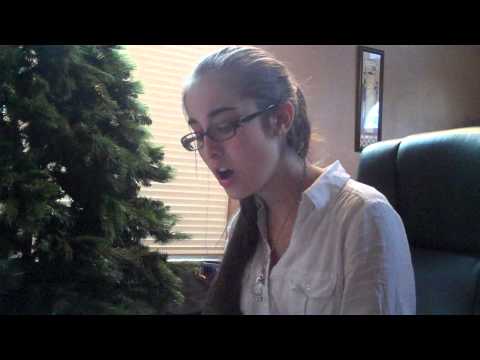 By Tearza
Foyston
Junior Reporter
Youth Journalism International
CHANDLER,
Arizona, U.S.A. – I never really thought of myself as a songwriter until last Friday.
It was just
another normal day until a girl in my choir class told me about the shootings that
morning in Connecticut. At first I felt sad, but I had no idea about the number
of children killed.
When I heard
the details later, as an older sister and friend to many with younger siblings,
my heart broke.
I posted a
status on Facebook about the tragedy but within 10 second felt disgusted with
myself.
I told myself, “That was pathetic, Tearza. Yeah, sure, you feel
bad but this post is just going to get lost in all the other heartfelt and
touching posts everyone else is writing. You can do better! But how?”
As I sat
alone at my computer at home thinking about it, I turned to get my drink and
noticed my little keyboard on the opposite wall.
“There you
go,” said a little voice in my head.
So I pulled
up a chair and began playing around with some chords. In five minutes, I had
written the first verse.
I’m really
glad no one was home because I just bawled the entire time. I’m not really ever
the emotional sort, so it probably would have freaked out my little brother.
The rest of
the song just came naturally. In 20 minutes tops, it was done.
Then I had
to record it. That was the hard part.
I literally
could not get through the whole thing without bursting into tears, forcing me
to stop and restart.
When I
finally had a cut worth keeping, I got a little choked up at the end. I tried
to edit it out but somehow the editing changed my voice so it sounded like a
chipmunk, so I went with the raw, uncut, unedited video.
I uploaded
it to my YouTube channel within an hour and a half of arriving home from school
that day. Then I posted it to my Facebook wall and waited.
An hour
later, when I left to go babysit, it had two “likes” on Facebook and I thought,
“Great, that was a really stupid idea.”
The whole
time I was babysitting, for six beautiful boys between the ages of two and 13, I
couldn’t stop thinking about the killings in Newtown.
When I got
home afterward, their mom told me, “Your song was beautiful. I just listened to
it and shared it on my wall!”
She’s sort
of like my second mom so I figured she was obligated to be nice. “I’m glad you
liked it,” I said.
As we drove
back to my house, we talked about how she used to be a singer and how cool it
can be to perform.
When we
arrived home, my own mom told me she’d also shared the song on Facebook and
that lots of people liked it.
But it wasn’t
until I opened my own Facebook account that I realized just what she meant. I
had 28 notifications, all from people commenting, reposting, tagging and
sharing my video.
I felt
shocked to see the response my video had received. By then, 618 people had
viewed it. Some of them messaged me that they had shared it with television
networks, radio stations and even the White House.
I was so
overcome that I started crying again.
Every day
since, the numbers have grown. My school district superintendent even sent a
link to every teacher in our district. People from all over my school came up
to me saying they watched it in class. Teachers stopped me in the halls. Some
told me about strangers who had watched it.
I felt
shocked to see the growing response, but I could not be more happy that
thousands of people all over the country have watched my song. I can’t wait to
see where this goes.