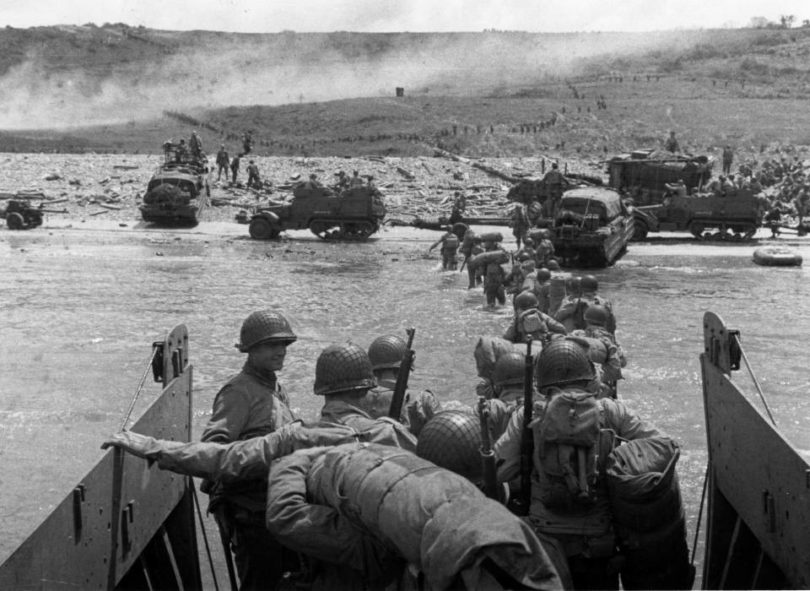 NORMANDY, France — It was seven o’clock on an uncharacteristically grey and cool morning in Normandy and the biting wind was causing an empty flagpole to rattle eerily in the World War II German cemetery at La Cambe.

The cemetery was simple and elegant with rows of flat, black headstones and small clusters of black crosses. These surrounded the central monument, a cross flanked by a man and woman at the top of a small hill, surrounded by blood red roses. 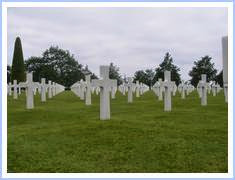 Standing looking out from this hill at thousands of graves I was struck by the senseless tragedy of the war. When I stood and looked at the grave of one soldier, only a year older than me when he was killed, I was hit by the exact same feeling.

I realized that the true tragedy of war does not lie in lists and statistics stating the number of deaths, but in the millions of individual stories of death, pain and grief. 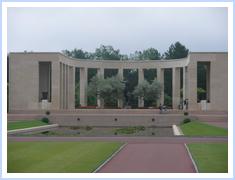 Having seen the German cemetery, we continued on to the American memorial.

The day had grown brighter by the time we reached the memorial, which overlooks Omaha Beach where the Allies landed on D-Day.

This cemetery was much bigger and more lavishly decorated. The main feature was, of course, the thousands of simple white crosses stretching out in front of us with a circular chapel at the center.

Facing the graves there is a large semi-circular colonnade with a bronze statue named “Spirit of American Youth” as the focal point. This cemetery is carefully maintained by the United States government and great focus is placed on celebrating the heroics of those who died fighting.

After seeing both I found myself drawing comparisons between the two. 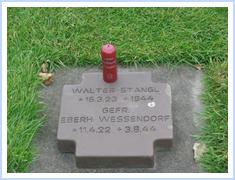 I wondered if it was coincidence that the Germans were commemorated with black crosses while the Americans were buried under white ones. The German monument showed two older people, perhaps a mother and father, looking bowed and defeated while the “Spirit of American Youth” was a fantastic bronze statue showing a young man full of life and energy.

Similarly the Americans were all described as heroes who believed in and proudly died for their cause while it was suggested that the Germans did not believe in their cause but had no choice other than fighting, the ultimate examples of wrong place, wrong time. 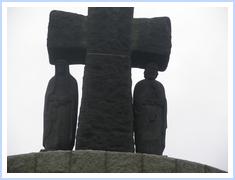 These factors led me to think that perhaps history is written by the victors. However, having seen approximately 30,000 graves, commemorating 30,000 young, ambitious and unique young men,

I realized that war is not about winners or losers.

None of those killed deserved to die – they were all victims – and their memories will live on to remind us of that.

Niamh Ni Mhaoileoin is a Reporter for Youth Journalism International.