NEW YORK – The insightful tour at the Tenement Museum offers visitors the chance to take a peek into the lives of freshly arrived immigrants in New York City during the 19th and 20th centuries.

The tour of a former tenement apartment building at 97 Orchard Street takes visitors back in time and presents the life stories of previous occupants from decades before.

This exploration into New York’s history is a rare opportunity for visitors, who experience the museum in an entirely new way.

At the museum, located in Manhattan’s Lower East Side, visitors get to visit well-preserved and restored flats as part of a guided tour.

The museum is no typical venture into the past. Instead of listening to an educator spitting out facts, visitors get an opportunity to see what an actual tenement looked like many years ago.

During the tour, one feels as though they are stepping into a time capsule and moving back to the 19th century, when the tenement was built.

There is no air conditioning and hardly any light, imitating the conditions that previous residents endured.

With preservation in mind, the museum creators have kept the flats as authentic as possible – original paintings still adorn the hallways and some of the wallpaper is kept intact.

The second floor, however, has been decked-out with furniture from the previous century. Some rooms are also filled with everyday use objects from the past. These items, as well as old photographs, census records and recordings all tell the stories of the families who inhabited the street so many years ago.

The tour that we experienced, “Hard Times,” revolved around two immigrant families – the Gumpurtz and the Baldizzis – who had lived during the tenement’s heyday.

The Tenement Museum is definitely worth a visit if you want to find out how people used to live in the earlier days of New York. 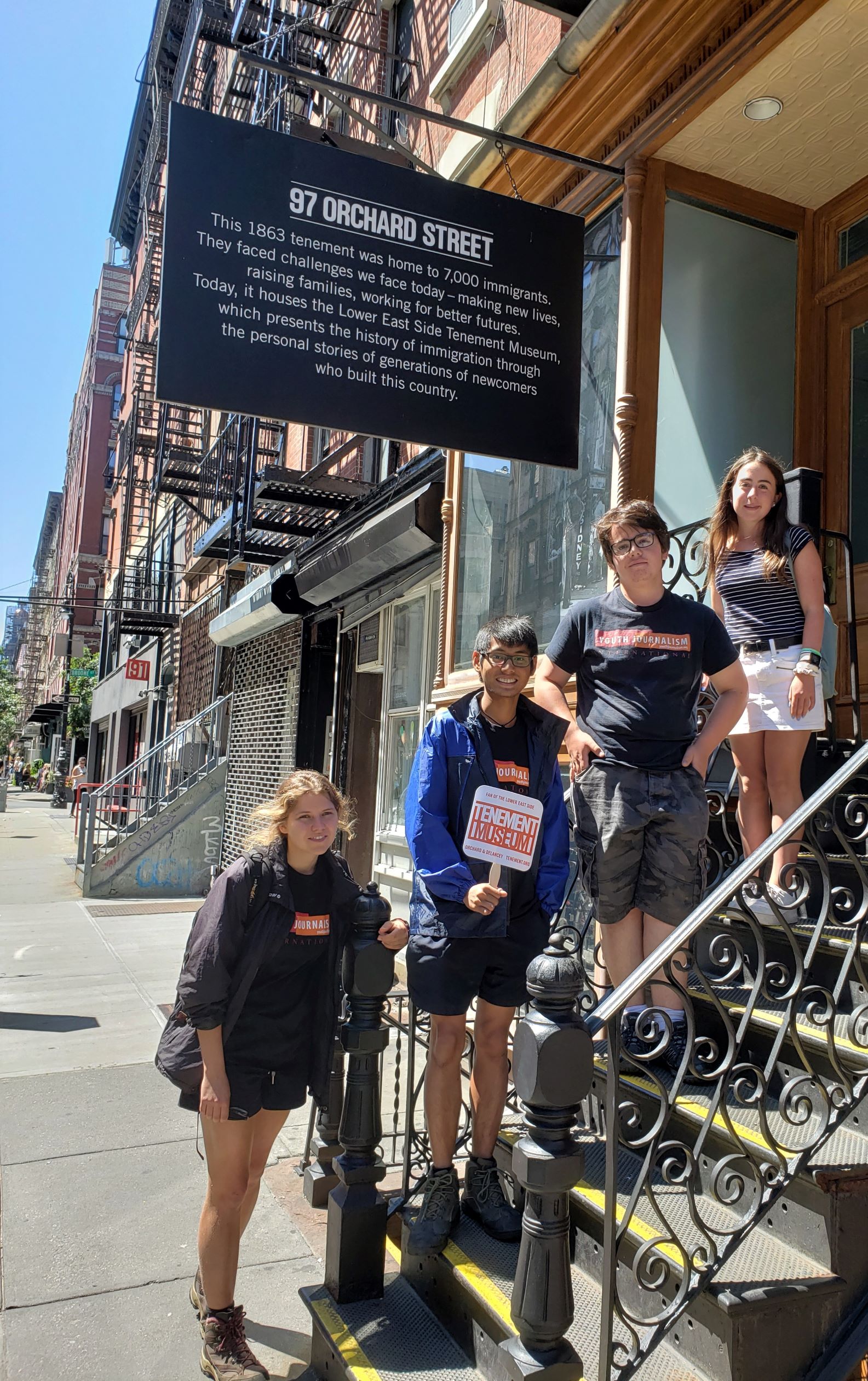