Bradford, West Yorkshire, ENGLAND – In a town with a 47 percent child poverty rate, Bradford Grammar School was recently named the Northern Independent School of the Year.
With fees of £12,444 per year ($16,500 in U.S. dollars) for a secondary school pupil, though, it’s out of reach for most local children.
Despite the school proclaiming to be inclusive, throughout the years socio-economic based divisions have naturally arisen due to the conflicting composition of the students.
The latest controversy is the Sixth Form Summer Ball, an event similar to prom.
There is popular discontent among teachers and students over actions by school administrators.
Sixth Form students rose up this spring, distributing “BGS Dispatches” – articles criticizing the way school administrators are treating teachers. Teachers have shown solidarity by helping to spread the articles as well as by affirming they stand by the student revolt.
Although the treatment of teachers is not improving, one battle that the Sixth Form have won is that of their Summer Ball.
Deputy Headmaster Louis D’Arcy, a controversial figure among both staff and students, took it upon himself to transform the Summer Ball. He skyrocketed the price to £60 per person (about $80 USD) by proposing external caterers, inviting governors and holding the event in a hired marquee on campus.
The way in which he described the dance at a student council meeting – luxurious and high calibre – made it out to be a sort of lavish event, attended by elitists who could claim it was “exclusive.”
But should a prom have an exclusive image? The feeling of the Sixth Form students was very much no. They found the transformation to be regressive.
Having the Summer Ball within the school connects the event to that which it celebrates: the student’s secondary school life.
But inviting governors, whose recent schooling decisions have been incredibly unpopular, further disconnects the event from the students and teachers, who should be reminiscing. Furthering the impersonal feel is the use of external catering; the more the ball is dressed up and distanced from school, the less it is a celebration of leaving school.
After the uproar resulted in the original plan being scrapped, Sixth Form student Lydia Beckett took it upon herself to organize an inclusive Summer Ball, which embraced leaving secondary school life. 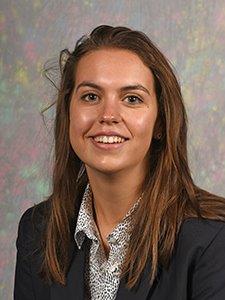 Beckett reformed the Summer Ball, without any support from school. She relocated the event back into the school’s Prize Hall, to focus the event on school life. She hired a DJ company of a school alumnus, which came with sound, lighting and a dance floor. Simple touches like this show that she has been able to connect the event to the school itself more than the school leaders even attempted to.
“School portray themselves as an inclusive school but it wasn’t an inclusive price- it discriminates against people that can’t pay £180 for one evening… it was lazy,” said Beckett.
To reduce the price, Beckett requested the school kitchens cater the dance and she haggled down the prices of both the photo booth and DJ by £100 and £300 respectively.
Her efforts brought the price per person down to £25 (about $33USD) so that a student could feasibly bring both their parents at a reasonable price of £75.
School is paying for the tickets of the teachers that attend, but D’Arcy is still refusing to merely go to the finance department to support the event that Beckett single-handedly organized.
Beckett said the costs of the June 30 event will not exceed £25 per person because she believes that a celebration of the year’s secondary school experience should be inclusive.
Inclusivity was Beckett’s main goal. She was also involved in planning the Christmas Ball, which is a fun night-out for the Sixth Form, but highlighted how different the two events are.
The Christmas Ball was held in a club in Leeds – about a 30 minute drive away – but the Summer Ball had to be in school as that is the one place that everyone in the year can get to and feel safe in.
With almost every single member of Bradford Grammar School’s Year 13 attending the Summer Ball, it very much feels like an inclusive event to say goodbye to secondary school. It appears to be symbolic of the year, collectively maturing and, when they oppose decisions from above, being able to challenge them.
Hanna Johal is a Junior Reporter with Youth Journalism International.