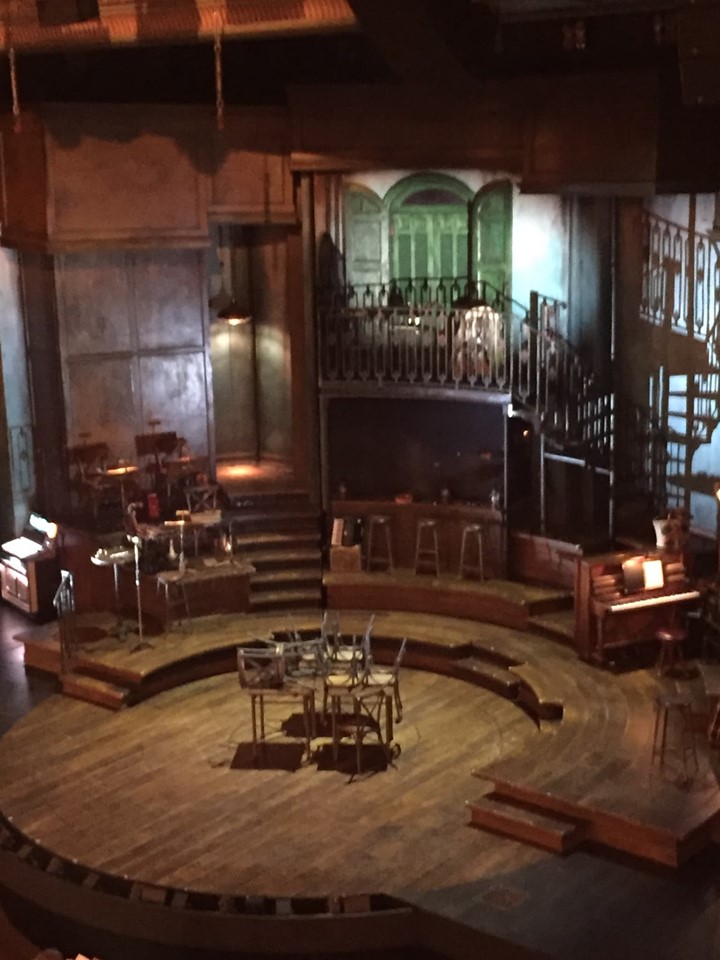 The set of "Hadestown" at the Walter Kerr Theatre in New York. (Justin Hern/YJI)

NEW YORK – What started as a 2010 concept album by Vermont singer-songwriter Anaïs Mitchell, Hadestown was developed into a musical that made stops at the New York Theater Workshop, Edmonton and London before finally hitting Broadway.

This beautiful show at the Walter Kerr Theatre is taking critics by storm and is nominated for a whopping 14 Tony awards, including best musical.

The story involves two relationships: the gods Hades and Persephone and the mortal Orpheus and Eurydice. While taking some liberties, Hadestown for the most part stays true to the classic myths of these characters.

Orpheus (Reeve Carney) is a great musician who falls in love with the beautiful Eurydice (Eva Noblezada). Orpheus is trying to write a song that will bring back the springtime.

The relationship between the two divine beings has gone cold, leaving the seasons confused.

Orpheus becomes distracted writing his song and fails to notice when Eurydice is cold and hungry in the winter.

Eurydice ends up succumbing to Hades and dies. The great musician follows her to the underworld in an attempt to bring her back to the land of the living.

Hermes (André de Shields), the messenger god, serves as the charismatic storyteller for the audience. Throughout the play, he addresses the audience directly while still remaining a part of the story. 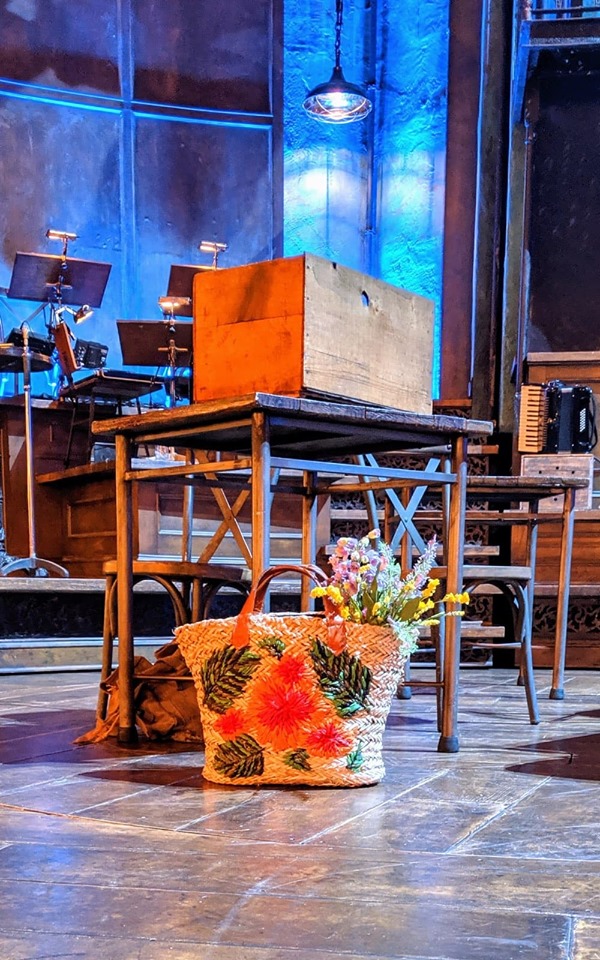 Part of the set of “Hadestown.” (Justin Hern/YJI)

While classic tales are generally thought of in an ancient setting, Hadestown portrays the myths in a more modern way. The scenes in the overworld take place in a train station and Eurydice’s death is her “taking the train” to Hell.

Characters sing into an old-fashioned microphone, and Hermes wears a silver suit with bell-bottomed pants. In fact, almost all of the characters dress in a sort of early 1900’s fashion, including the musicians, who are on-stage and are crucial to the show. So crucial, in fact, that the characters break the fourth wall on multiple occasions to make certain that the audience appreciates the performance of the musicians.

The staging and lighting of the play truly stand out. The play provides a juxtaposition between the overworld and the underworld as well as between the two love stories.

The set crew of Hadestown manages to make a very clear distinction when Orpheus enters the underworld by opening up the bar-like setting of the overworld, revealing pipes to give the underworld the feeling of a mine or a factory. The chairs and tables are taken away, the light turns to an orange-red, and steam is released across the stage, giving a Hellish mood.

In the center of the stage are three spinning rings. Throughout the play, these are used to divide characters by having the rings spin in different directions. In one scene, Hades and Orpheus are in the center ring while Eurydice and Persephone are in the middle ring to visually symbolize the similarity between the two relationships.

Hadestown is a breath of fresh air for Broadway. It is a truly unique show that does everything right. It has terrific music, acting, staging, lighting, choreography and an amazing story.

Justin Hern is a Reporter with Youth Journalism International.