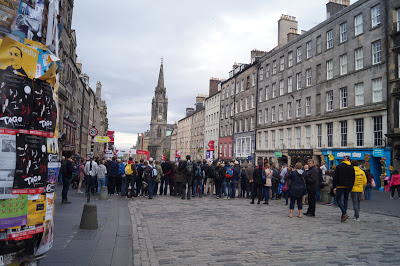 During the fringe, there are often street performers which can draw huge audiences. The gathered crowd is watching one of those performances. In the foreground are a mass of Fringe posters for different shows. (Beth Criado-Band / YJI) 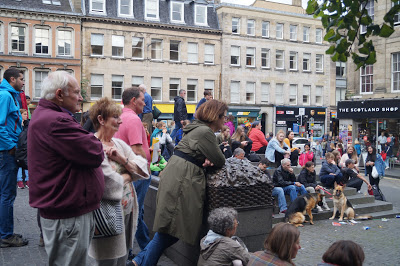 An audience gathered for a street performer on Hunter Square. (Beth Criado-Band / YJI) 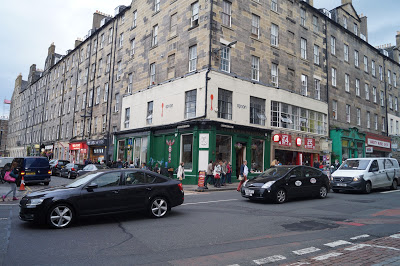 A place to stop for hot chocolate when the streets are mobbed is the corner cafe, Black Medicine. (Beth Criado-Band / YJI) 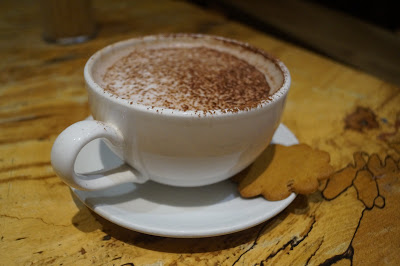 Thankfully, there was an empty table and a socket at the cafe. (Beth Criado-Band / YJI) 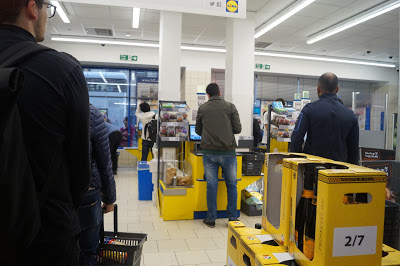 Even Lidl, a local supermarket, was full, with queues to the back of the shop. All this journalist wanted was a wee pastry. (Beth Criado-Band / YJI) 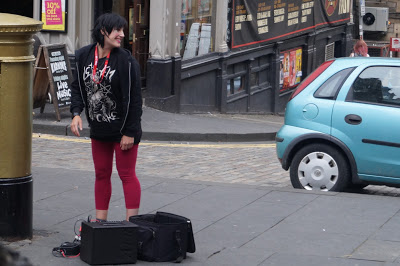 A street performer on Hunters Square by one of two golden postboxes in the city. (Beth Criado-Band . YJI) 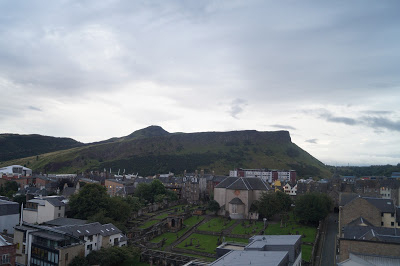 Gazing away from Festival Fringe and toward Arthur’s Seat, Edinburgh looks the same as it always does  – peaceful. (Beth Criado-Band / YJI)

***
If you don’t have a golden postbox nearby, you can make a tax-deductible donation to Youth Journalism International online. Thanks!
HelpYJI.org