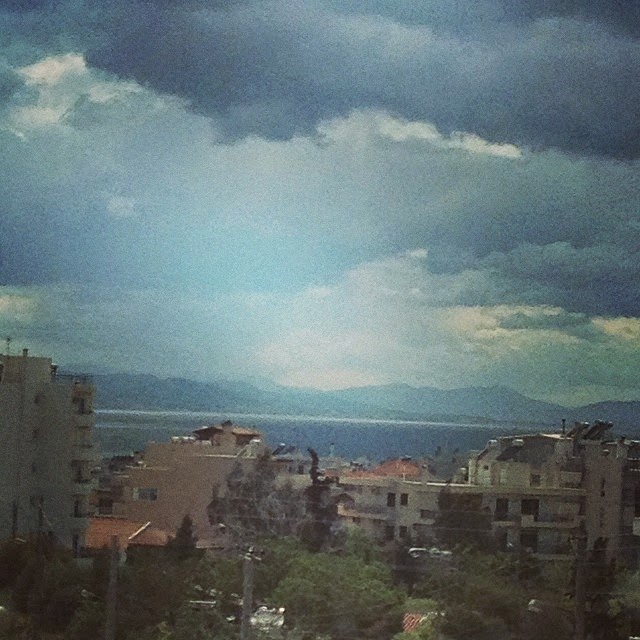 It’s the place a dozen Gods decided to make home, but in recent years, it is also known for the economic crisis that is making life difficult for people here.
Even though Greece currently has many problems to solve, I really don’t want to emphasize those, but present my country, and especially Athens, where I live, through my eyes.

Maybe this is a good time to plan your summer in Athens. 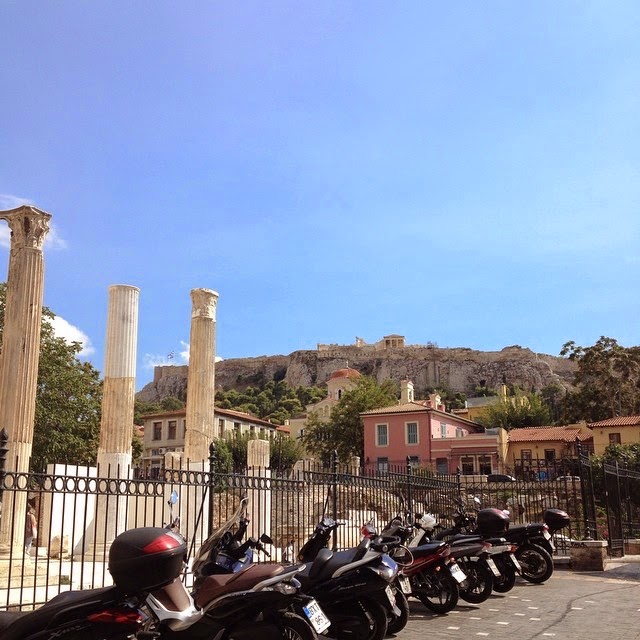 A view of the Acropolis in Athens. (Eleni Grigovits/YJI)

Last year I didn’t have much time for vacations so I stayed in Athens and didn’t visit any of our many beautiful islands.  Among the islands, my favorites are Crete, Paros, Santorini, and Kefalonia. The islands are a very popular place to go, especially in the summer.

Athens, named for the goddess Athena, is a very busy and loud city. It’s the Greek city with the largest population with big buildings, lots of cabs, and many cars on the streets. That’s actually the reason most of the time we are stuck in traffic in the mornings and afternoons.

Our subway, which is still new – Greece first got a subway in the early ‘00s – is always very clean and very crowded. Unfortunately the subway doesn’t go everywhere in Athens that you might want to visit. 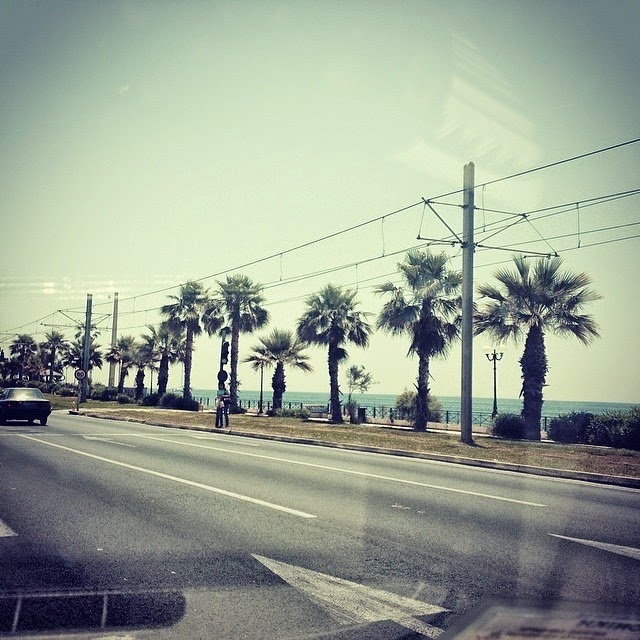 We have parks for long walks, many museums, and lots of wonderful places, especially in the center of Athens.
Nightlife in Athens is also very famous and if someone wants to party, he should definitely come to Athens!
In August though, Athens changes a lot.
August is a holy month for Greeks. It’s called the month of the Virgin Mary. It is said that the Virgin Mary died on August 15 and it is a small Easter for us Greeks. Most people have their vacations during that time and leave Athens.
In that short period of time, the busy and loud city becomes a true paradise. Beaches are the best place to be. 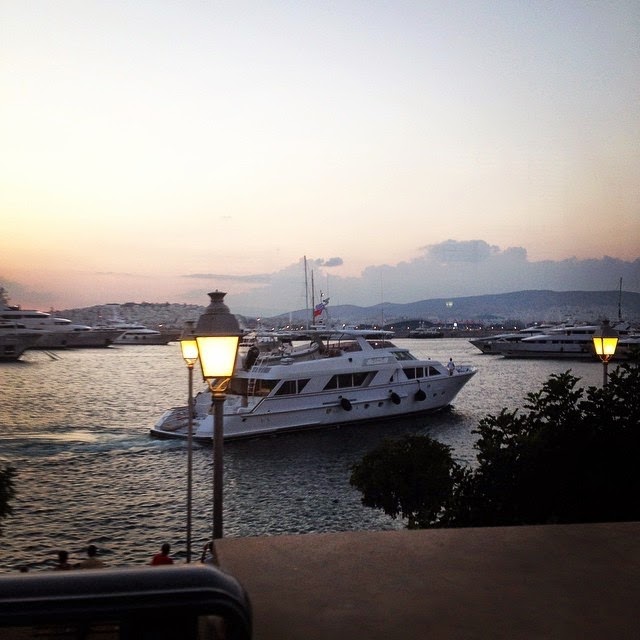 The Marina Floisvou in the Paleo Faliro suburb of Athens. (Eleni Grigovits/YJI)

The best beaches, like Sounio’s beach, Vouliagmeni’s and Kavouri’s beach, are in southern Athens.

When the sun rises in Greece, the sky has beautiful colors: pink, blue, light blue, darker blue and the sun shining everywhere. But when the sun sets, there are even more colors in the sky. Orange, yellow, blue, red, pink – any bright color you can imagine is in our sky! 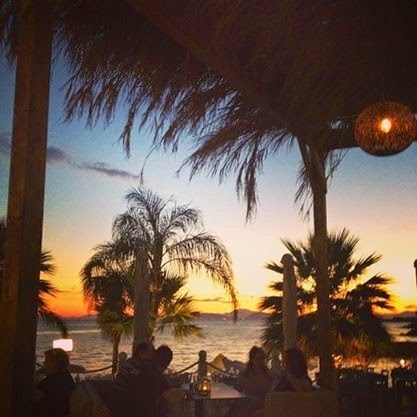 A summertime view of the sea in the Athens suburb of Vouliagmeni. (Eleni Grigovits/YJI) 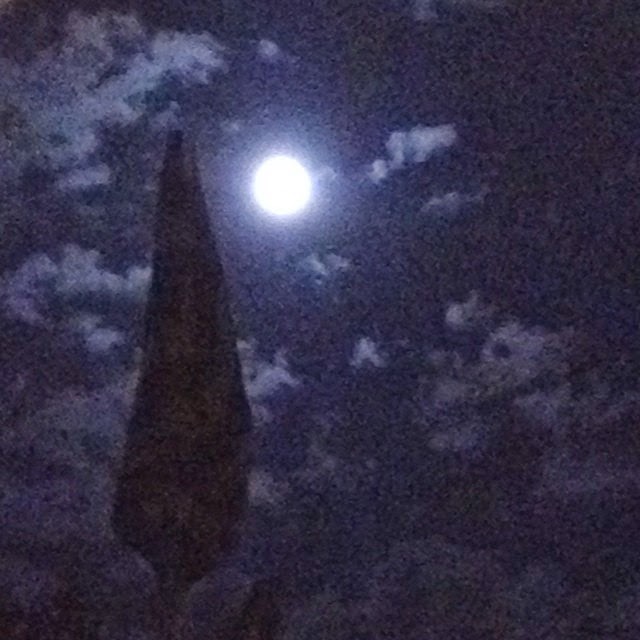 Also in August is the most beautiful full moon. Each year many events are held in different places so people can enjoy the days where the moon shines as a diamond in the sky.

A superb place to be for the full moon is Sounio, which is located 69 kilometers or about 43 miles, southeast of Athens, at the southernmost tip of the Attica peninsula. 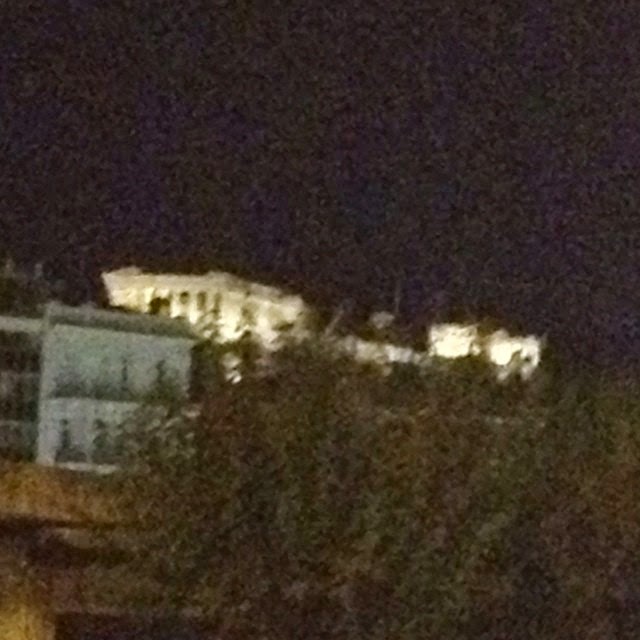 The Acropolis at night. (Eleni Grigovits/YJI)

If a visit to Athens is in your future plans, you really must visit the Acropolis and the Acropolis Museum, where you will be amazed by the glass floor.
In fact, don’t miss any of the museums.
You must also see the spectacular view from the roof of the Great Bretagne hotel and walk the Plaka, the most famous street in Athens. It runs under the Acropolis.
In southern Athens, be sure to see the beautiful small seaside port of Paleo Faliro.
In Athens, you should enjoy the Greek hospitality, relax and have fun.
Eleni Grigovits is a Junior Reporter for Youth Journalism International. 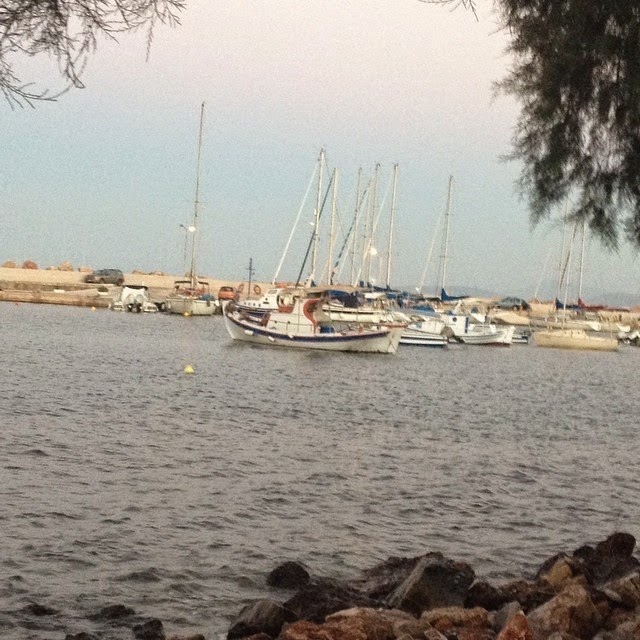 ***
Your tax-deductible contribution can help support Eleni Grigovits
and other students at this nonprofit at
www.HelpYJI.org