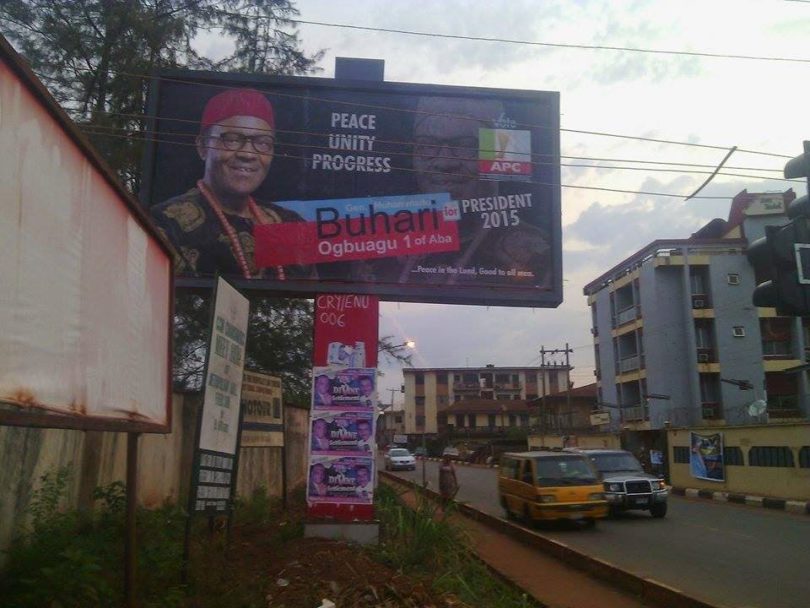 By
Linus Okechukwu
Correspondent
Youth Journalism International
ENUGU, Enugu State, Nigeria – On Saturday,
nearly 70 million eligible voters will be trooping to polling stations to
decide who becomes the next president of Nigeria. It’s a decisive choice
between two extremes: continuity or change.

Fourteen candidates are vying for
the coveted position; but, for all practical purposes, only  two main presidential candidates – incumbent
President Goodluck Jonathan of the People’s Democratic Party and Muhammadu
Buhari of the All Progressive Congress – have a realistic chance of winning.


Only one woman, Oluremi Sonaiya
of Kowa Party is contesting for the position of the president, though women
make up almost 50 percent of registered voters.

Since the restoration of civilian
rule in 1999, the People’s Democratic Party has dominated Nigeria’s political landscape
without any fierce opposition. But, this year’s election will test the party’s influence
after an alliance of opposition parties formed All Progressive Congress.
This election seems too close to
call, or better still, it will be the most closely contested election in
Nigeria’s history. Elections are held every four years, and Nigeria has conducted
four presidential elections since military rule ended in 1999.
Political punditry is no longer a
prized skill: almost everybody has something – no matter how trifling – to say
about the forthcoming election. On the streets, parks, commercial buses, the
media, in churches, schools and homes, everybody seems to be engrossed in
discussions about the presidential election.
At no time in Nigeria’s history
have our presidential elections meant so much to people. No level of
intimidation or bribery could change people’s political leanings and choices.
Jonathan, the incumbent president,
is seeking a second term in office, after defeating retired Buhari in 2011. He
had polled 22 million votes against Buhari’s 12 million.
Presidents and governors of
states in Nigeria are limited to two terms of four years each.
A former inspector, lecturer,
environmental protection officer, deputy governor, governor, and then deputy
vice president before he became president, Jonathan’s meteoric rise to the limelight
has been a source of motivation to many youth from disadvantaged backgrounds.
He is especially seen as one who rose from poverty to fame through resilience,
determination, humility and industriousness.
With a penchant for fedora hats, Jonathan
is from the oil-rich Niger Delta region. His People’s Democratic Party unanimously
picked him as the uncontested presidential candidate. He’s a Christian and has
been heavily criticized for not effectively handling the endemic corruption
that has ravaged Nigeria for decades, as well as the security challenges posed
by Boko Haram terrorists.
Buhari, his main opponent, is a
former military ruler trying for the presidency for the fourth time. He lost
three times, most recently against Jonathan in 2011. There’s a widespread
belief that his military background and disciplinarian credentials are needed
to rout the Islamist insurgents and corruption.
Buhari earned his reputation as a
stickler for discipline. When he ran Nigeria under military rule from January 1984
until August 1985, about 500 politicians, officials and businessmen were jailed
as part of a campaign against waste and corruption.
During those years, Nigerians
were forced to form orderly queues or face the anger of whip-wielding soldiers
as part of Buhari’s “War Against Indiscipline.” Civil servants who
turned up late to work were made to do frog jumps.
Press freedom and political
gatherings were not tolerated under his watchful eyes, as reports of gross
human rights violations and executions abound.
A Muslim from Daura, a village in
the northern Nigerian state of Kastina, Buhari is reputed to be incorruptible.
But his economic policies on importation and his refusal to let the currency
depreciate in the face of a trade deficit caused a lot of hardship on the local
population. Jobs were lost and businesses closed.
Key issues that have driven electioneering
are hinged on unemployment, insecurity, corruption, infrastructure and energy.
Religion and ethnicity play
subtle roles in voters’ choices, too.
To emerge as president, a
candidate needs more than 50 percent of the national vote and at least 25
percent of the votes in two-thirds of Nigeria’s 36 states.
A total of 150,000 polling
stations nationwide will be deployed Saturday for the presidential and
parliamentary elections.
High tech, fraud-resistant biometric
cards called Permanent Voters’ Cards will be used for the first time in Nigeria.
The national minimum voting age is 18.
Huge billboards advertising the
two main candidates are commonplace across cities, towns and villages in the
country, but all official campaigning ends Thursday before midnight.
Nigeria’s presidential election,
run by the Independent National Electoral Commission, was to have been held on
Feb. 14, but it was pushed back to March 28 because of security concerns in the
northeastern part of the country, where about 3 million people have been
impacted by Boko Haram’s brutal acts of terrorism. Some Nigerians suspect that
the shift had political overtones.
Governor and state assemblies’ elections
were also rescheduled from Feb. 28 to April 11 April for similar concerns.
Nigeria’s constitution says elections must be completed 30 days before May 29, when
power is usually handed over to the winner.
Past elections in Nigeria have
been mired in violence, leaving hundreds dead. Many Nigerians, apparently for
fear of the outcome of Saturday’s polls, have fled to their hometowns. A large
contingent of police and other security agents will be deployed across the
country to curtail any form of turmoil.
Almost every Nigerian will be
glued to their radio or television on Saturday night when the results begin to
trickle in.
Victory or vanquish: People’s
Democratic Party, or All Progressive Congress – tears of sadness or hoots of
joy will fill the air by Sunday.
***
Your tax-deductible contribution can help support
Linus Okechukwu and other students of this nonprofit at
www.HelpYJI.org