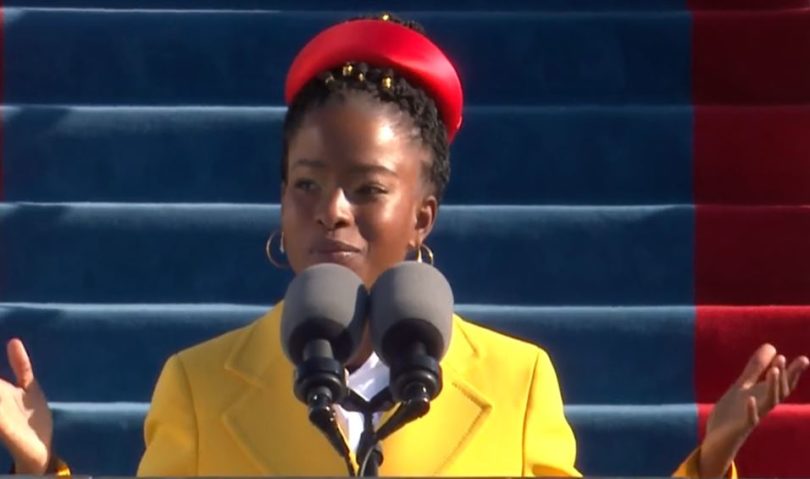 Milford, Connecticut, U.S.A. – The 2021 Inauguration was both historical and stunning.

While the ceremony was wonderful, the moments from a young poet stood apart.

Her poem, “The Hill We Climb” captivated the hearts of millions.

Gorman researched the speeches of Martin Luther King Jr. and Abraham Lincoln, she told CBS News, in her quest to create her masterpiece.

And then a pro-Trump mob attacked the U.S. Capitol.

That same day, Gorman told CBS, the poem “came to life.” She told the network that she wanted the poem “to be a message of hope and unity” but didn’t want to “turn a blind eye to the cracks that really need to be filled.”

After reciting the poem, Gorman’s fan base grew to include some of the most famous people in the world.

“I have never been prouder to see another woman rise! Brava Brava Amanda Gorman!” Oprah Winfrey posted on her Instagram account.  “Maya Angelou is cheering – and so am I.”

Gorman perfectly put into words some things that I have been feeling since the attack on the Capitol.

The attack was bothering me for some time because I never thought something like this could happen in 2021. But then Gorman said, “We learned that quiet isn’t always peace and the norms and notions of what just is isn’t always just-ice.”

That’s when I finally understood what was bothering me so much.

I believed we were all at peace.  I saw nothing about an attack and I only saw people arguing with the results because they were unable to accept the fact they lost.

I thought that just because I heard and saw nothing, nothing was going to happen.

Gorman’s poem allowed me to breathe a bit and know that days of true peace without fear could come.

I always thought we would be strategizing to prevent catastrophe, but never thought catastrophe could win.

For months, I have been rethinking what being American has even meant, and with all the time covid has given, I have had a lot of time to think about it.

For so long, there was some kind of unexplainable joy that came from the word American.  But it means so much more than it.  It’s truly looking at what has happened in the past and learning how to fix it so it doesn’t happen again in the future because there is a lot of pain, grief, and sadness that comes with that word as well.

It was truly amazing to see how Gorman captured so many different feelings and thoughts in her poem.  It was a positive take on such a negative time in our country.

Gemard Guery is a Junior Reporter with Youth Journalism International.

Gemard Guerey is a Junior Reporter with Youth Journalism International from Connecticut, U.S.A.