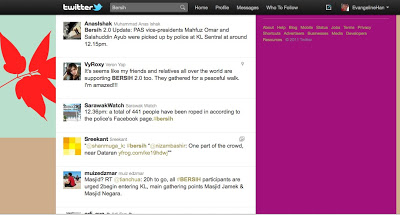 MELAKA, Malaysia – As I write this piece, it is less than two hours before thousands of Malaysians will take to the streets in Kuala Lumpur for the Bersih 2.0 rally. The Bersih 2.0 rally, also called the Walk for Democracy, is a rally calling for electoral reforms. Ever since the planning of the Bersih 2.0, the government and police have been doing all they can to intimidate Malaysians against joining the rally.

They have already started arresting people who have begun to gather at various meet-up places for the march. The Federal Reserve Unit and riot police are all on stand-by. Pictures from news portals show us that their trucks have lined the streets. They have promised all Bersih marchers that they will deal them with a harsh hand and they will definitely keep their word.
But the Bersih organizers are prepared. Yesterday, many of them were busy tweeting in Twitter advice for those going for the march. Many of them also noted that it was unusually quiet in the city, probably because of the lockdown the police placed the city in. Someone said that it was “calm before the yellow storm”. Yellow is the theme color for the event as it represents royalty.
After 53 years in power, the people of Malaysia are tiring of the dirty politics the ruling Barisan Nasional political party play to win in elections. The voting process is riddled with fraud. Elections in Malaysia are never clean, free and fair.
Bersih 2.0 is a rally calling for electoral reforms. The rally is organized by 62 registered non-governmental organizations. Unlike what the government has been propagating, Bersih 2.0 is not an illegal rally. After all, it is organized by legal organizations.
I do not understand and probably will never understand why the government is against Bersih 2.0. After all, the people are not marching for the government to be removed. The people are marching for electoral reforms. Why is that wrong? Why does the government of Malaysia seek to suppress our rights to freedom of speech? We only take to the streets after having exhausted all avenues to get the government to give us electoral reforms.
In less than two hours time, the marchers will be facing against the Federal Reserve Unit and riot police. They might fire tear gasses into the crowds. More people will be arrested. How the government responds will be a determining factor in the next elections. They can beat us up, they can throw us into jail, but they will receive payback in the next elections.

Evangeline Han is a Junior Reporter for Youth Journalism International. 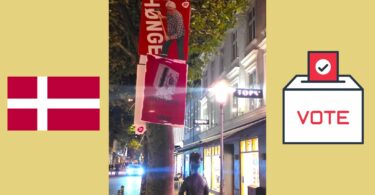