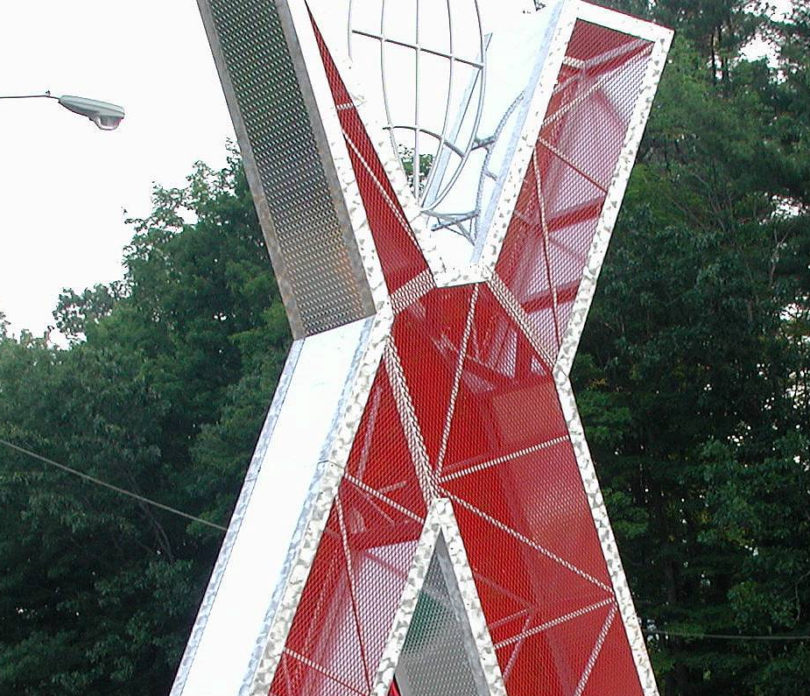 BRISTOL, Connecticut, U.S.A. — The occasional monsoon-like cloudbursts Sunday proved too much for X Trial organizers and competitors.
“It sucks,” said Mike Crum, a 26-year-old vert skateboarder.
Crum said that when the ramps get totally drenched, as they have today, they become “like ice” and the skateboards wheels “will slide right off.”
The continuing showers dampened turnout early Sunday and forced many of the Xperience sites to remain closed. But for a time it appeared that scheduled competitions might come off with only delays.
Then the skies opened up again about noon and didn’t let up.
Some inline skaters and skateboarders managed to get some practice time in this morning but the rain kept the bikers away completely. Athletes kept under cover, if they showed up at all.
It appears, but could not be confirmed early Sunday afternoon, that the preliminary competitions from Friday and Saturday would be counted as the finals if they cannot be held. There is no chance the finals will be held Monday.
Despite the weather, a good-sized crowd headed for Lake Compounce Sunday, though nowhere near the more than 20,000 who showed up Saturday.
And even though some of the Xperience sites were closed down, including the popular bungee jumping and the rock climbing wall, other booths were open for business.
Seven-year-old Brandon Carter of Terryville got an airbrushed tattoo. He said he wanted one “’cause it’s cool.”
David Neiman, who was also getting temporary tattoos along with his two sons, said the designs were “phat.”
Crum said that losing the chance to compete in the finals Sunday is particularly tough because he traveled so far to make it to Bristol.
The Dallas native who currently lives in California was performing in Brazil before winging his way to the X Trials in Connecticut. He heads next to Europe, he said.
“It’s a big pain,” Crum said.