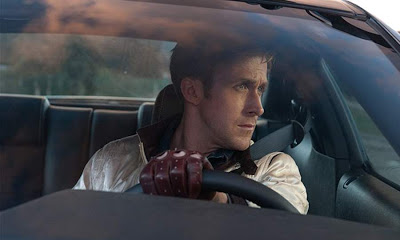 TORONTO, Ontario, Canada – Watching Drive makes you almost feel like you’re in the ‘80s again. In a way.

While the premise of this movie revolves around heists and car chases, make no mistake: Drive is not a Fast & Furious 6. In fact, it doesn’t even come close.
Contemporary action movies have a tendency to rely too much on special effects and hot girls, but Drive completely steers clear of anything resembling an action movie of today’s time.
To quickly recap, Drive is a movie about an anti-hero who we come to know as ‘The Driver.’ He’s played by Ryan Gosling, and he moonlights as a driver for heists at night, while working as a stunt car driver during the day.
His life is hum-drum and still until he meets his new apartment neighbor, Irene, played by Carey Mulligan. She’s a single mother whose husband is in prison.

Her life is at risk because her husband owes a bunch of people he knew from prison, and the Driver gets involved. Chaos ensues. This plot is pretty typical of an action flick, but the story is handled in a completely different way by director Nicholas Winding Refn.
Refn does this by eschewing the aesthetic of today’s films by making Drive be multiple things all at once. At its core, it can be seen as a love story, and you could argue that the film is almost a tragic Rhett and Scarlett (Gone With the Wind) tale of missed chances.
Yet at the same time, this movie could also been be seen as a homage to movies of the past.
There are splashes of The Godfather in here, and there’s even a point in time when it feels like a superhero movie. Not to mention when the movie gets violent, it does so in a more beautiful and raw way than expected, almost reminiscent of Quentin Tarantino and his bloody action sequences.
Perhaps I’m digging a little bit too deep, but it’s hard not to.
There’s this beautiful scene in the movie, when for two minutes,  Gosling’s anti-hero, the Driver, morphs into a superhero and his romantic love interest, Irene becomes something of a damsel in distress.
For those two minutes, in that space of time, we think of the Driver as something of a good guy, somebody who genuinely cares about this one woman and wants to do everything he can to protect her.
Either way, this movie is constructed in almost contradictory fashion, with its elements being both simultaneously subtle and powerful.
But despite its art-house roots, Drive is deserving of a mainstream audience, because in a strange, twisted way, it has mass appeal.
When I saw the movie, I had taken my parents with me, and I was sincerely surprised by their reaction.
My parents, who are hardcore Die Hard-action-movie fans, ended up saying over and over again just how amazing the movie was, and how its muted violence and dialogue created an atmosphere that made it enthralling.
They referenced the amazing performances, saying Mulligan and Gosling were ridiculously good. And they kept on going on and on. They were in love with it.
I hope my parents’ reaction isn’t just an anomaly. I don’t think it is, because the people who live in this era are probably going to end up getting tired of movies that spoon feed them the story lines.
The thing that makes Drive one of the most engaging movies I’ve ever seen is just how effective its editing is.
Scenes are cut in strange places in order to keep you guessing at what’s going to happen next.
Foreshadowing is heavy and subtle at the same time – there’s enough information for you to fathom what might be coming next, but you never quite get it until you see it all unfold.
And with that, I leave you all with one piece of advice – go see Drive.
You probably won’t regret it.
Vipasha Shaikh is a Junior Reporter for Youth Journalism International.