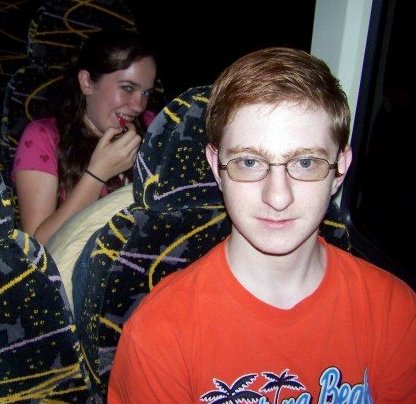 Tyler Clementi, with the youth group at Grace Church in 2007. Photo provided, used with permission.

KNOXVILLE, Tenn., U.S.A. – The sanctuary, or “big church” as we called it, looked plain and old with its dark brown pews, walls painted off white and a deep red carpet.

Though New Jersey’s Grace Church had a rather boring appearance at first, rays of sunlight poured from large glass windows and the people who packed the pews and worshiped the Lord with music and sermons filled it with enthusiasm and life.

Tyler Clementi, seated by himself in the second pew, on the right, during a gathering last fall of the youth group at Grace Church. (Provided)

Among the nearly 200 people gathered on Sunday mornings at Grace Church, one teenage boy captured everyone’s ear. Tyler Clementi, a red-haired boy with round glasses and brown freckles spotting his serious but composed face, stood up front, off to the side.

He was reserved and didn’t stand out as either incredibly tall or muscular.

It was Tyler’s music that turned heads to stop and stare.

As he played his violin during worship hymns or church offerings, Tyler’s sound was clear as a bell.

It cut through the silent church, mesmerizing everyone in the room.

The notes he played were ever-changing, but always smooth and soothing.

Tyler played with passion and grace with every stroke of his arm and touch of his delicate fingers to the strings.

There aren’t really any words to fully describe the beauty of his music, but I can say that he was an incredibly talented violinist with a promising and bright future ahead of him. 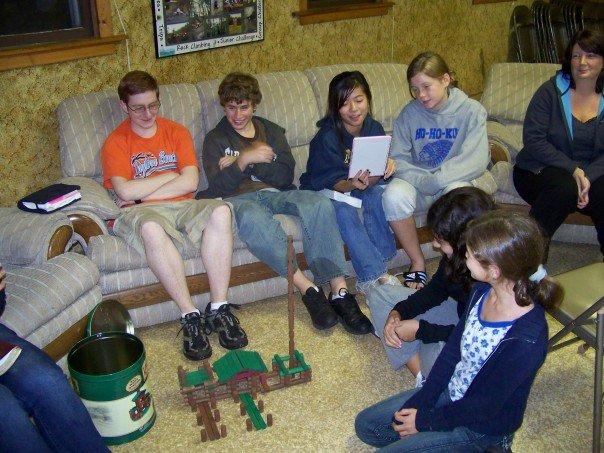 Tyler Clementi, left, with the youth group at Grace Church three years ago. Cresonia Hsieh, who wrote this story, is holding a notebook and sitting on the sofa. (Provided)

Not only was he gifted in the arts, but he was very involved in our little church, attending many youth group activities and never ceasing to amaze us all every Sunday morning.

Tragically, a horrible act of bullying and cruelty is the reason to why this is all I know, or will ever know, about the young and gifted Tyler Clementi.

Tyler, a Rutgers University freshman, was secretly filmed a couple weeks ago in an intimate encounter with another man. His college roommate, who used his webcam to capture the footage, broadcast it live on the internet and spread the word.

This private moment of affection, displayed for all to see, proved to be too much of a shock for young Tyler.

Three days later, on September 22, Tyler jumped to his death off the George Washington Bridge in nearby New York City.

He was only 18 years old, the youngest of three brothers.

Tyler was just a normal guy, the same as you and me.

Tyler never said very much or interacted with the rest of the youth group at the church I attended with him until I moved out of state a couple years ago.

He had a way of keeping to himself most of the time, and no one seemed to think much or care about his reserved personality. From what I remember, no one would have ever guessed that he was gay.

Three years younger than him, the thought never even crossed my mind to talk, wave, smile, or even acknowledge his existence.

But now that he’s gone, I can no longer say any words of encouragement about how much I loved his music. I can’t flash a smile his way or talk about everyday topics such as the weather.

Now that he’s gone, I wish I had — or for that matter, that anyone had — made the effort to reach out to him.

It’s true that our days are busy and filled with people to see and places to go. We run from place to place without stopping to even take a breather.

Few people break away from this cycle to chat with the kids who always sit alone at lunch or never have anyone to hang out with on the weekends. Seldom do people see the no-one-knows-your-name girl converse with the beautiful and incredibly poplar captain of the cheerleading team.

For some absurd, ludicrous reason, this just isn’t how society works.

Stories like Tyler’s are showing up too often. Maybe that’s because some people cannot learn to accept another person’s sexual orientation.

Maybe it’s because some people just feel the need to be hateful and cruel.

Or maybe it’s because those kids who are so often alone never got the support they needed from their peers, right from the beginning.

I like to think that if people made the effort to talk to their neglected or overlooked peers, horrible stories like this wouldn’t happen.

Perhaps if Tyler felt that he had someone to turn to, someone who would listen, he would still be here today.

Tyler Clementi could have lived a wonderful life, full of unparalleled success, happiness and love, but hate stopped him in his tracks.

There’s no way for anyone to apologize or reach out to him now, but hopefully we all can learn from this terrible loss.

It is possible that we can live our lives in tolerance of others, regardless of their sexual orientation, gender, race, age, or religion.

Tyler’s is a not only a story of cruelty and shock, but above all, one of neglect. It didn’t have to end that way.

I was in the right place, at the right time in his life, with an opportunity to reach out to Tyler a few years ago, but I didn’t snatch it. I don’t believe that many others did, either.

Tragically, it is too late now for Tyler, but at least we can learn from this experience and keep such a thing from happening again.

I hope the stories of other people like Tyler Clementi can be rewritten, and this time, for the better.

Cresonia Hsieh is a Junior Reporter for Youth Journalism International.  The photos accompanying this piece were taken by Jeff Graves, the youth pastor at northern New Jersey’s Grace Church. They are used with his permission. 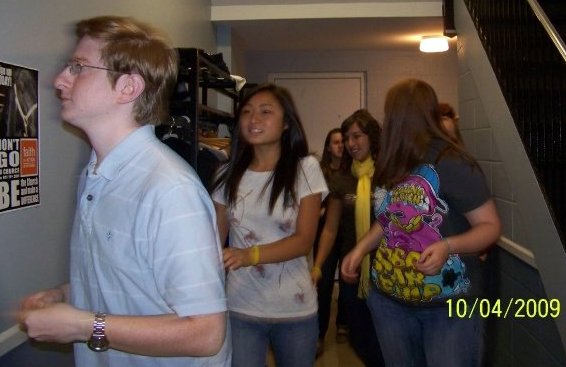