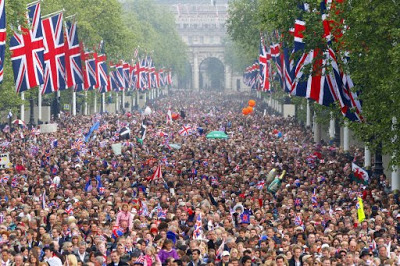 LONDON — Kate Middleton, now the Duchess of Cambridge, married Prince William in a fairytale setting few brides will ever experience.
The enthusiasm of the one million people who flocked to central London witness the event was clearly evident as they waved their flags and cheered as cars carrying all the royals drove past. Some had travelled from all over the world to seek a glimpse.
Yet my own enthusiasm for this “historic moment” consisted mostly of wanting to see how the bride looked in her dress. Unlike the estimated two billion people around the globe who watched on television, I was not stuck to the TV like glue trying to take in each moment.
I may be deemed a little un-British in my views, yet I cannot see the point of spending hours of my life watching the extravagant affair of a couple whom I have never even met.
Yes, the groom is an heir to the throne.
Yes, there is some value to the royal family as tourist magnets and icons of British history.
Yet I cannot help but wonder if there are more vital events occurring around the world than watching two people get married.
When you look at the cost of the wedding, which some say could even exceed £50 million, plus the lost productivity due to the bank holiday and the many taking leave so they can go on vacation or watch the spectacle, this is going to cost the economy billions.
In a time of global recession, when many are forced out of work and businesses are closing down, was this worth it?

Don’t get me wrong, I’m not a critic of weddings and such historic celebrations. I just do not believe that that the benefit outweighs the cost.