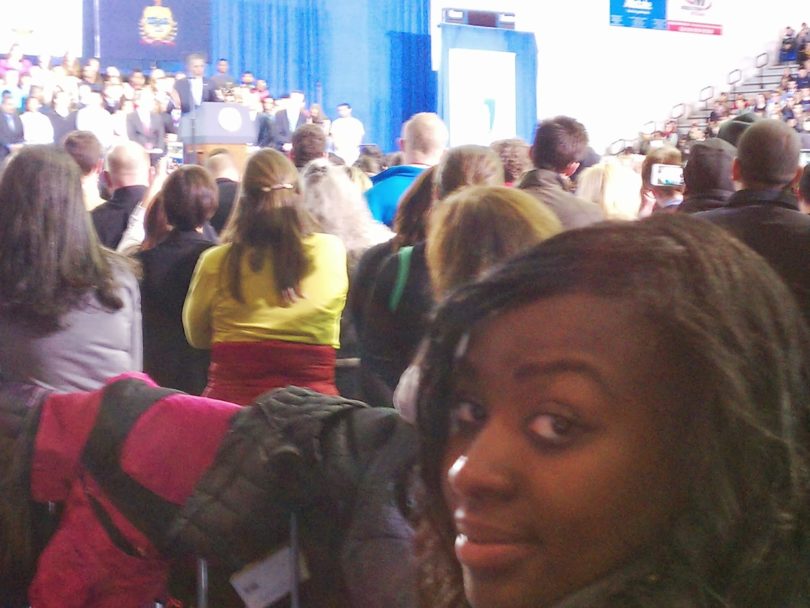 The cold wind swept
around my body as I shivered outside the gym at Central Connecticut State
University, where he spoke last week.
I couldn’t believe that I was actually going to see the president of the United States. As the lines grew shorter, my turn finally came.
My heart was beating like crazy. When I was finished getting checked by the police, I made my way into the auditorium.
As soon as my feet
hit the gymnasium floor, the sounds of the university’s band soothed my ears.
As I made my way to
the side where members of the press were, more and more people crowded into the
gymnasium.
After everyone took
their seats and we heard from the college president and Connecticut Gov. Dannel
Malloy, President Obama took the stand.
The crowd went crazy
chanting his name.
As soon as he
started speaking about the minimum wage, everyone listened.
It was a wonderful
experience that I will never forget.
See Sherry Sah’s news story about Obama’s appearance at CCSU.