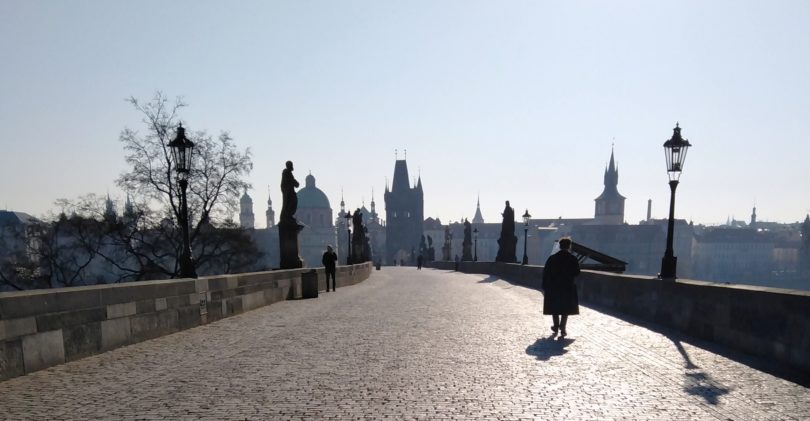 CZECH REPUBLIC – This town is not different from any other town with almost 7,000 residents – even the fact that 8% of these people are now Ukrainian is not unique.

For this town, it means that some schools have new Ukrainian students.

Yelizaveta Huminiuk, a Ukrainian mother, arrived in the Czech Republic a month ago. She signed up her seven-year-old son to attend school, but he didn’t want to go. She already had a job, but because she did not want to leave her son alone at home, she left her new job to attend school with her son.

She has been looking for friends for him, Huminiuk said, because his old mates stayed in Ukraine.

Fortunately problems like this are rare, said Jana Krátká, a special teacher at the 2. ZŠ Hořovice, a primary school with children aged six to 15.

She has been caring for the Ukrainian children at the school. Of the approximately 200 pupils, about 40 of them are Ukrainian.

“We are full now. Unfortunately we cannot accept any new pupils in our school because of the capacity,“ Krátká said.

Adapting to school in the Czech Republic

When asked about the language barrier between the teachers and the Ukrainien newcomers, she answered, “Of course, there used to be problems regarding the language, but we hired two Ukrainian teachers and two translators, so everything has been going smoothly since then.“

The Ukrainian students are also learning to speak and write in Czech language, she said.

“We want them to learn Czech, but we have to accept that they want to come back to the Ukraine as soon as the war ends,” said Krátká. “And we see that when there are just Ukrainian kids, they speak their native language only.“

But Krátká added that the Ukrainien pupils had all been very friendly and polite and had developed good relations with their Czech classmates.

The refugee students look and act like a normal six-to-14 year-old, Krátká said.

“They are funny and usually in a good mood. But when it comes to debate about family or home, it gets more complicated and we are trying not to talk about these topics with them,” the teacher said. “We don’t want to make them feel uncomfortable.“

More than 314,000 Ukrainian refugees have found asylum in the Czech Republic so far, according to the Czech media website Seznam Zprávy. Not surprisingly, most of them – almost 73,400 people – live  in Prague, the capital, and the second largest number – 15,000 people, mostly women and children – are living in the city of Brno.

The Czech Ministry of Education issued instructions for the Ukrainians about how to take their kids to the local schools in their new country. It said children should start to go to school as soon as they recover from the blow of a new environment and the different culture. Some parents want their kids to go to local school immediately after they arrive, while others have some doubts.

Despite the help of the national Czech government, local mayors arranged most of the other aid provided to the Ukrainian refugees.

In Hořovice, a municipal website created a page just about help for the new Ukrainian residents. There are offers for accommodations, workplaces and schools for children.

The new Czech government, which came to power last November, is popular with citizens. Prime Minister Petr Fiala has been a big supporter of the Ukrainian people fighting for the freedom of Europe, and he has tried to show that to the world.

Fiala made headlines last month when he visited Kyiv together with the prime ministers from Slovenia and Poland. Many European politicians described this trip as a controversial one, but the Czech citizens saw it as an act of heroism.

The Czech Republic has been sending firearms to Ukraine since the start of the war, and most recently, the country sent tanks.  As many as 87 percent of the Czech people are In support of these steps, according to the news website IRozhlas.

Czech generosity toward Ukrainians has its roots in the 20th century. Then Czechoslovakia, the country was – along with Poland, Hungary and the Baltic States – under Moscow’s control.

The Czech revolution came in 1989, bringing democracy to the country and to its neighbor, Slovakia, which became independent from Czech in January 1993.

Most of the Czech people remember the times when there was a communist government controlled by Moscow, and they don’t want it to happen to the Ukrainians.

There may also be some self-interest. The war is pretty close and some might worry that it could quickly spread to the Czech Republic, and no one wants that.

Renata Pernegrová is a Junior Reporter with Youth Journalism International.