Below
are three photos from different perspectives of a sculpture of Nelson Mandela
in Howick, South Africa.
The
sculpture, which stands at the Nelson Mandela Capture Site Apartheid Museum,
was unveiled last year on the 50th anniversary of his arrest. It is made of 50
tall, narrow steel columns that when viewed at a distance show a profile of
Mandela’s face.
The former South African president and anti-apartheid leader, who died Dec. 5 at age 95, was buried today.
Photos by Nicole
Megan Gounder
Senior Photographer
Youth Journalism International 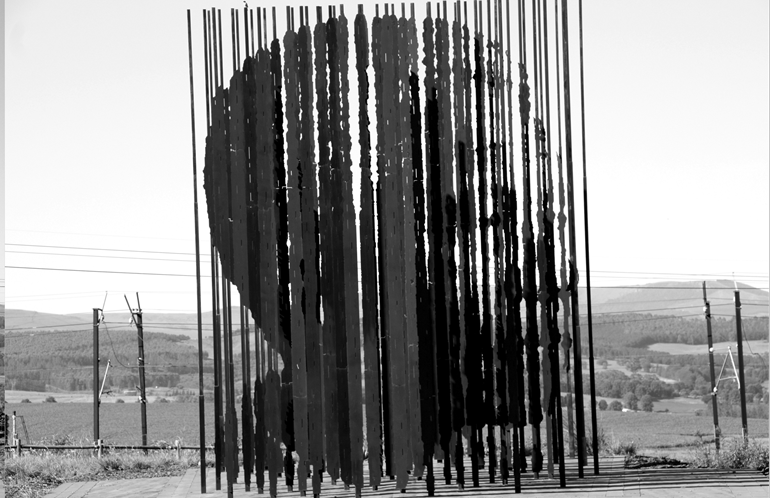