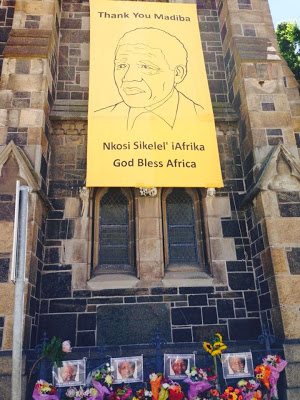 By
Sarah Nunes
Junior
Reporter
Youth Journalism International
CAPE TOWN, South Africa – On Thursday, December 5, the night Nelson
Mandela died, I was fortunate enough to be in Cape Town, South Africa. It was
the tail end of my study abroad program, “Nation-Building, Globalization, and
Decolonizing the Mind,” based in Minneapolis and stationed in Windhoek,
Namibia. We were in Cape Town for our last week before traveling back home to
the United States.

Nelson Mandela left an admirable
example of the fight for the humanity and equality of all people that we could best
honor by adopting the values he lived by until his death. Rest in Peace,
Madiba.