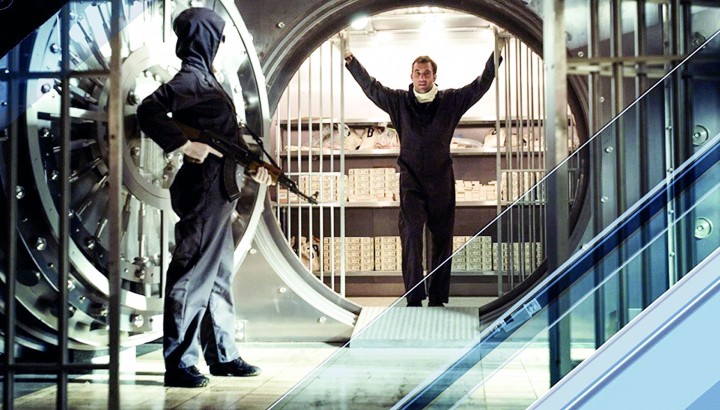 LA GRANGE, New York, U.S.A. — Inside Man, directed by Spike Lee, begins with a smooth and smart declaration by the film’s antagonist thief Dalton Russell, played by Clive Owen, who brings a graceful intensity to every one of his roles.

This handsome beginning illustrates the general tone, pace and style of the film. Using an instrumental and exaggerated score, while remaining patient in telling the story, Lee allows the plot to evolve gradually, rather than patronizing the viewer or over-complicating the plot as a form of suspense. The suspense comes simply from the events that occur.

The plot revolves around a bank robbery by Russell and his group of thieves, who dress in matching janitorial outfits, making all of the bank’s hostages put on that same outfit. The bank is Manhattan Federal in New York City, one of the many banks owned by Arthur Case, who is played by the strict, professional Christopher Plummer. 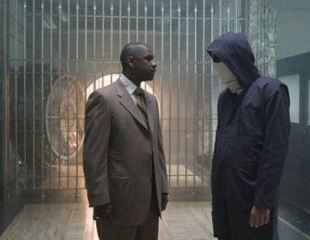 The beginning of the movie consists of Frazier analyzing the situation and going through all of the expected hostage negotiator motions. Russell, however, seems to know every single step Frazier makes before he makes it.

In order to fight this intelligent, masked criminal, Frazier avoids Russell’s requests for a jet, and, later on, a pair of buses. Washington’s Frazier increasingly expects, with every passing minute of the film, that the thieves’ intentions are not what they seem.

With its overdone “hostage situation” plot, Inside Man could have easily become John Q 2.

Luckily, Lee allows for conversation, creating real characters with real problems. This conversation allows the film to incorporate the idea of prejudice in today’s terrorism-frenzied, post-9-11 society. This is exemplified in the scene in which Russell lets a Middle Eastern hostage free, dressed in the matching cleaning outfit.

As he pulls off the hostage’s mask, one police officer screams obscenities, afraid because the man is Arab. Another officer pulls off freed hostage’s turban, searching for the bomb he suspects is attached to the innocent man’s chest. This, along with other bits of racist conversation, grasps the outsides of the film.

As the mysterious intentions of Russell and his thieves thicken and grow more confusing, Jodie Foster appears, playing Madeleine White, a powerbroker whose relationship with Arthur Case and the situation appear just as mysterious as the situation itself.

Foster excels in this role, playing yet another strong-willed woman.

But Foster avoids running wildly or fighting bad guys to prove her strength. Instead, she talks with an experienced smugness that the viewer knows can – and has – been defended by her character, proving her talent. 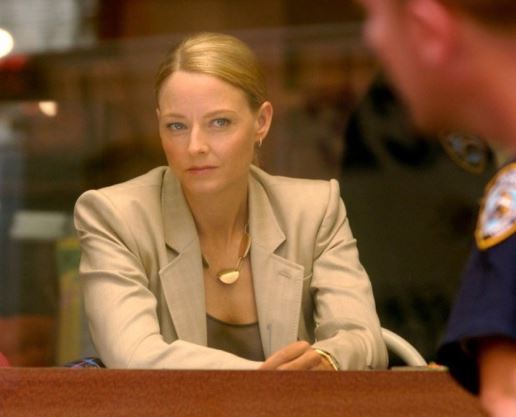 And while Foster’s performance is intriguing and attention grabbing, Lee’s direction and Russell Gewirtz’s screenplay allow an array of supporting characters to excel in their acting abilities.

Scenes of Frazier and Mitchell’s interrogation of the hostages are cut to throughout the film, the pair of detectives bringing an almost sick, deprived humor to the post-trauma induced hostage interrogative process. Their methods are refreshing and cleverly sinister, going against the “by the books” power talk that is so often assumed to be the best way to convey reality.

Following that break against the norm is Washington’s Detective Frazier, a smart man who is not particularly great at his job, making more than one ill-advised move during the negotiation process. Frazier was also not the first choice to negotiate, since the top negotiator calling in sick the day of the bank robbery.

However, where the film succeeds in examining more than just the step-by-step process of an action movie, it also fails to give the viewer an ending worthy of the setup.

The focus of the entire mysterious ban robbery – a non-existent safety deposit box – works to keep the viewer engaged, despite the assumption that the contents in said deposit box weren’t worth keeping. Owen’s Russell even tells Detective Frazier that the box’s contents are “something [Case] should’ve burned years ago.”

The characters also work to keep us engaged, the highlights being Foster’s enigmatic White and the chemistry between Washington and Ejiofor’s detectives.

It is this satisfaction that makes the sub-par ending not just disappointing, but annoying. Though the ending is handsome and clean, like the rest of the film, it is vacant of that boom that the film keeps you waiting for and anticipating.

Despite its lackluster ending, Inside Man re-establishes Lee as one of the finest filmmakers in practice. In it, Lee shows that a large, studio-produced film in the same genre as Diehard can also be a complicated and sophisticated examination of many characters, all reflecting the many different feelings of real people in today’s paranoid society.

Dan Mecca is a Reporter for Youth Journalism International.