By Eli
Winter
Junior
Reporter
YouthJournalism International
HOUSTON,
Texas, U.S.A. —  After someone  returns from a hiatus of any length, many
expect a petering out of sorts in the quality of their work.

For example,
my father believes Garry Trudeau’s ‘Doonesbury’ has never been as good after
Trudeau’s 20-month sabbatical in the 1980s.
Michael
Jordan’s foray into the unfamiliar environment of minor league baseball humbled
him more than anything during his exceptional professional career in the NBA.
Since bands’
styles can change after they take a break from making music (although Guided By
Voices is an exception), one might expect The Strokes’ fourth album, Angles, to be depressing.
And it is. 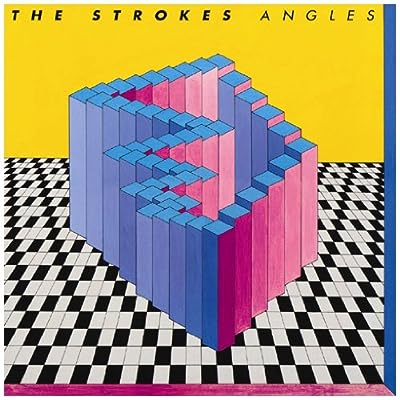 Or at least
the seventh song on the album, “Call Me Back,” is. The majority of the album’s songs
seem happy – at least on the surface.
When
listening to the album’s opener, “Machu Picchu,” one hears Julian Casablancas
sing, “I’m putting your patience to the test.” Some may be inclined to agree
with him. I’m not.
The Strokes’
first single from Angles, “Under
Cover of Darkness,” is a fantastic, jangly piece that is reminiscent of their
debut Is This It, albeit with a more
polished sound.
Their second single, “Taken For A Fool,” is
another catchy song. Apparently The Strokes’ world is a bit off-kilter as
“Monday, Tuesday is my weekend.”
Singles
obviously highlight the catchiest and most mainstream songs on Angles.
Listening to
the whole album proves a rewarding experience. For one thing, it’s about half
as long as their previous album, yet like all of The Strokes’ albums, Angles has a unique sound unique that
nonetheless is still distinctly theirs. 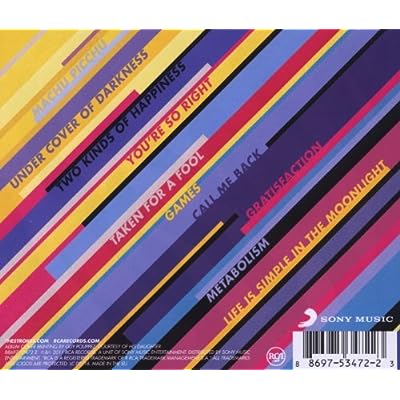 While it may
be a bit hard to pick such game-changers as “Two Kinds of Happiness” and
“You’re So Right” out of a crowd, these songs grow on a determined listen.  The drumbeats of Fabrizio Moretti in the
former are fast and furious; meanwhile, Nikolai Fraiture received his first
full song-writing credit with the latter as his bass guitar is heard more than
any other song on the album.
When “Games,”
the sixth song, is played, one may feel inclined to wonder just what kind of
rehab Albert Hammond Jr. went through before the album’s release. The synths
are here in their one obvious appearance, yet while this song is good after
some listens, I still wouldn’t beg them out for a curtain call based solely on
it.
That being
said, “Call Me Back” is just depressing.
“Gratisfaction,”
on the other hand, follows immediately after “Call Me Back”– a work of genius
as it makes the listener almost giddy after “Call Me Back” sends one into such a
state of despair that body functions even slow down.
The next
song, “Metabolism,” is angry. It sounds like it’s half the time attempting to
bring intensity to the forefront and half the time attempting to remember how
The Strokes wrote such an angry piece at all. It also displays, as far as I
know, the highest note Casablancas has ever hit in a song.
The song
that is my personal favorite, however, is “Life Is Simple In the Moonlight.”
Its unusually eloquent title ushers in mellow verses as Casablancas “secretly
stares at her thighs,” being a naughty, naughty boy.
Its chorus
isn’t what I would call sing-a-long, but it is a memorable tune and a great
one. The lyrics even make some sense to me on this one. Since The Strokes’
lyrics are usually vague (an exception being “Automatic Stop”), this is a huge
fist-pumper for me.
For those
skeptics of The Strokes who complain that the band always sounds the same,
their sound has changed quite a bit this time around. Their experimentation
with overlaying and overdubbing proves interesting, while not always an
immediate success.
While Angles may not have been The Strokes’
most successful album, the band is primed and ready for a fifth album,
hopefully its best yet. The world is waiting for their return.