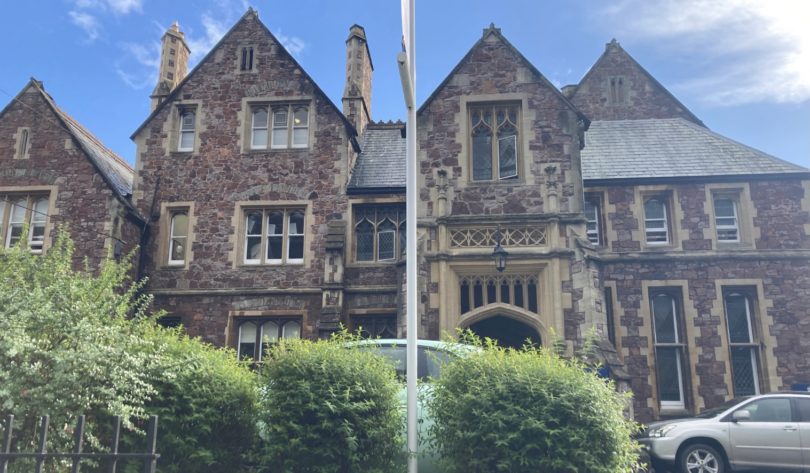 Bristol Grammar School in Bristol, UK is on the list of schools alleged to be sites of sexual assault. This school serves children ages 4 to 18. (Emily Fromant/YJI)

Throughout the UK, many young people learned earlier this year that their primary and secondary schools were named as sites of sexual assault and harassment.

An organization called Everyone’s Invited made a list of the schools, numbering more than 3,000.

Four Youth Journalism International students from different parts of the United Kingdom wrote about the revelations and their own reactions to the news that impacted the schools they attended and those in their neighborhoods. Here are their thoughts.

I attended two of the schools on the list

Norwich, UK – Outside the shock and horror of viewing our own schools on the list – two schools I attended are on it – many current and previous students are wondering what schools are doing to ensure their future students’ safety.

Wymondham College, a sixth form I attended which was one of the 30 schools included, sent out a letter to parents and students. Addressed to parents and caregivers, the letter talked about the schools’ plans to tackle the issue surrounding sexual assault and abuse.

The plans also stress education, stating all students in Year 7-11 are to receive personal, social health and economic lessons which provide key messages around how to deal with harmful or unhelpful relationships.

For sixth form students, who tend to not have those personal, social, health and economic lessons in the same way, tutor time will be dedicated to consent and healthy relationships.

For many of us, this is promising. Some schools on this list have unfortunately taken no action or have even suspended students for speaking out. It is vital that schools are involved in action against sexual violence, as schools are often one of the main sources of safety for abused and vulnerable children.

This results in a lack of support for young women. In 2021, we are still seeing the same issues arise.

Reports by members of parliament and debates there have highlighted the crisis of sexual violence in schools, but the government has been slow to react.

There are still too many schools that haven’t put policies in place to prevent and respond to violence against girls.

My school has a culture of male violence

Maghull, UK – Since seeing my large public high school on the list of English schools facing allegations of rape culture, my response has persistently altered between being utterly shocked and completely unsurprised.

An organization called Everyone’s Invited included my school among nearly 3,000 English secondary schools where students reported instances of sexual assault, harassment and other aspects of rape culture. The organization released a list of the schools earlier this year.

On the one hand, while I was entirely aware of the problem, it felt so much more staggering – more inescapably real – once it arrived on my doorstep.

As soon as I could recognize this shock, it had all but faded as I realized this was nothing new at all. I was already aware that there was a culture of male violence in my school and an acceptance that ‘boys will be boys,’ even if that often means encroaching on girls’ right to simply be girls.

I was shocked once more when I realized my school had not addressed the issue with the students, to the extent where I initially overlooked the article altogether.

Perhaps this is the very reason rape culture still exists. We don’t want to talk about it – and certainly not the complex, ingrained and intersectional structures of toxic masculinity and sexual assault that allow it to exist.

Matty Ennis is a Reporter and Senior Illustrator with Youth Journalism International.

The boys laughed, but it wasn’t funny

LONDON – Coming from an all-girls school, sexual assault was a topic I knew a lot about, but not something I had witnessed firsthand.

Therefore, moving to the sixth form of an all-boys grammar led me to deal with situations that unfortunately did not come as a shock.

Neither was I shocked at my school’s appearance on the Everyone’s Invited list. The list, which stunned the UK this year and prompted a government probe, is of more than 3,000 primary and secondary schools where students say sexual assault took place.

While I try not to surround myself with people who find the sexual assault of anyone a joking or unserious matter, those types of people obviously exist, and unfortunately are even more present in an all-boys school.

A former male student told me about how students laughed at official discussions of consent and rape.

According to UN Women UK, 97% of women in my age group have experienced sexual assault.

After that news came out, students held conversations about their own experience in the school. While it was saddening to listen to, I was glad the conversation was taking place.

But the most saddening thing was how quick the school and its pupils seemed to forget –we were surrounded by performative activism.

As the former male student stated, “These boys have never been educated on how to treat women, and they have never been self-aware enough to address the issue themselves. It is a sad reality that for most boys in boys’ schools, sexual assault is funnier than it is troubling.”

Daisy Wigg is a Senior Reporter with Youth Journalism International.

I wish I was more shocked by this

South Wales, UK – Having seen the Everyone’s Invited list published, and the horrified reaction from students across the UK, I can’t say I was surprised to see my secondary school (ages 12-18) on there.

I wish I had felt more shocked than I did, but the sad truth is that sexual assault in the education system is so much more prevalent than society would like to admit.

Schools in the UK promote an unhealthy culture which places educational achievement at the forefront as opposed to the wellbeing of the students, so this list of schools shouldn’t come as a surprise.

The length of the list is horrifying and scary, but it’s about time we started to realize the extent of the problem.