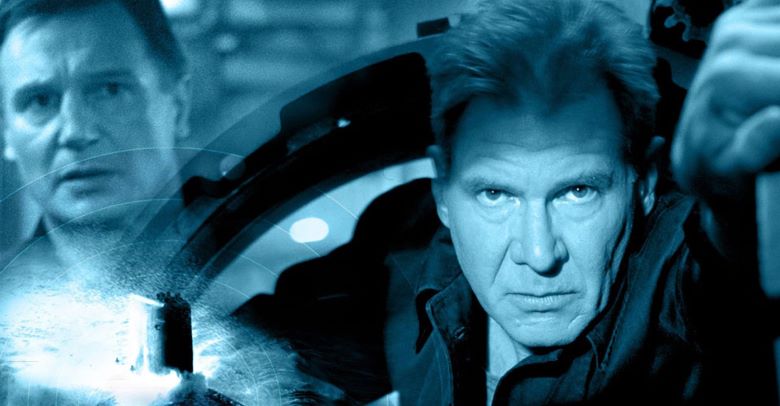 A new movie about an endangered Soviet submarine is too long, too dull and has the wrong guy in its lead role.
Who would’ve thought a star like Harrison Ford would play the Russian captain of a nuclear-powered submarine at the height of the Cold War in 1961?
Not that I have anything against the former Star Wars actor, but he didn’t fit the role required in K-19: The Widowmaker.
His accent just didn’t contribute to the reality of this movie. You could tell it was fake.
It says something, too, that the 138 minute film felt much longer, especially watching it late in the evening.
Another problem with the movie is its lack of battle footage.
If you’re going to have a submarine movie, at least put in some shooting between naval vessels.
I didn’t see one torpedo fired or one depth charge deployed. Then again, what would you expect from a film with National Geographic in its credits?
There are some good aspects of K-19, though.
The special effects were OK. But you should see them for yourself because if I give them away, it will take the suspense out of the movie.
The persuasive power of the movie, based on a real-life incident, was phenomenal.
It made me root for the Russians, rather than cheering for Dear Old America, where my allegiance lies.
The feeling of tension created by director Kathryn Bigelow was extraordinary also.
Viewers could feel the weight of the decisions the captain had to face and the awesome responsibility entrusted to him as he struggled to save his sub and his crew.
Still, if you really need to see this movie, I recommend waiting until it comes out on DVD or on pay-per-view. Don’t spend your money to catch this at the theater.
I usually like movies, but this one is almost at the bottom of my list. The Lord of the Rings, though, still claims the lowest spot.

Patrick Harrington is a Reporter for Youth Journalism International.