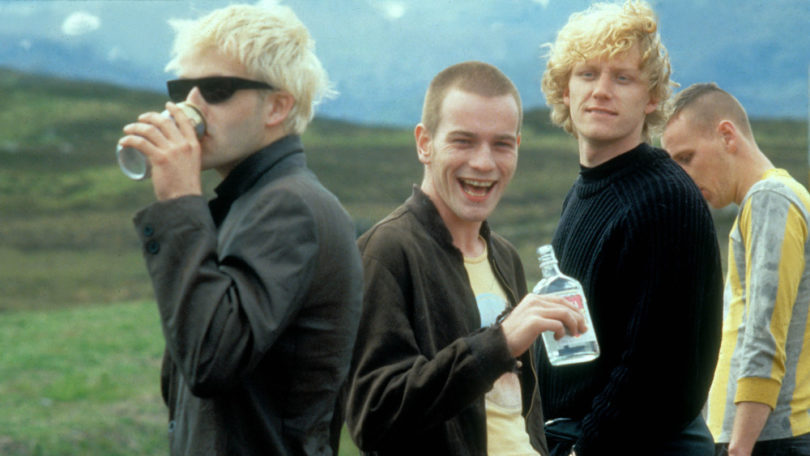 EDINBURGH, Scotland, U.K. – Walking into the cinema, I saw a number of lone, late-30-to 40-somethings already in their seats for T2 Trainspotting, the sequel to Trainspotting, the 1996 film on Scotland’s drug scene.
The trailer for looked as energetic as the first film, I reminded myself.

But as the pre-movie advertisements started screening, the doubts about this sequel to my favorite film had already been cast. Did I really want to revisit these characters now they’re old?
Those doubts were thrown out the window within the first few minutes of the film. T2 is almost as outrageous as Trainspotting, filled with the same
amount of profanity, sex, violence, drugs and drama as the original, without trying too hard.
Director Danny Boyle focused on making sure that T2 was relevant, and unique from the original. It made an attempt to put the action in the present day, but there weren’t a lot of references to contemporary events.
For example, there was no mentioning of Brexit or even the Scottish independence movement, though the Scottish government didn’t exist when the original film came out.
This is all especially strange when Mark (Ewan McGregor) and Simon (Jonny Lee Miller) receive £100,000 in funding from the EU for their sauna/brothel business venture.
It did make reference to legal highs (though they’ve past their peak in the UK), and different social media platforms (Facebook, Twitter, Instagram) in the updated “Choose Life” rant, though that came off as a bit cheesy.
The persistent references to the original film also grew tiresome. On certain occasions, it worked well – such as the scene in the club where Mark gags at the sight of a dirty toilet. But other times, the audience could make the visual or audible connection without needing flashbacks.
Recreating moments didn’t make sense or add to the story. The most notable example of this was the scene where Begbie (Robert Carlyle) is chasing Mark, trying to kill him, in a multi-story car park. Mark – while running for his life – stops after falling off the car to laugh at the driver; recreating a shot from the first film.
But the inclusion of the shot made no sense, and I was internally screaming at Mark to just keep running, rather than basking in the nostalgia of the moment.
Lastly, although Diane (Kelly Macdonald) features in the trailer, she doesn’t add to the story at all. She makes a minor appearance, for less than five minutes, representing Simon for his blackmailing and cocaine possession court case. Despite her brilliance, Diane is reduced to a minor part of a subplot that doesn’t get furthered, or even mentioned again after the meeting.
Don’t get me wrong, I absolutely loved it. It’s not the fast-paced, edgy, youthful piece of genius that Trainspotting was, but I enjoyed the nostalgia. The characters have aged, having grown up into ‘proper adults.’
Maybe not for the best – Simon became more bitter and arrogant, and Begbie more unstable and violent – but it’s understandable given the way the last 20 years have treated them.
Simon manages to sum up the film with: “Nostalgia, that’s why you’re here. You’re a tourist in your own youth.” He says this in a scene to Mark, scornfully, but I have no issue with nostalgia. Perhaps it didn’t have the best storyline, but the character development, their relationships and drama were entirely worth it.
T2 turned out to be exciting and dangerous, but also tender and emotional. There were times when I laughed, cried, and cried laughing. It might not have been perfect, but it certainly was touching.

T2 Trainspotting came out in UK cinemas on January 27, and U.S. cinemas will have it March 17.